Square Enix has revealed the game’s official PlayStation 4 box art, and to the delight of many, it appears that the remake will only be exclusive to Sony’s console for 1 year. “Play first on PS4”, the box art reads. “timed exclusive until 3/3/21”. From the looks of it, PC and Xbox One owners will also be able to enjoy the remake as of March 4, 2021.

Since the game’s official announcement back in 2015, rumors have claimed that the title could also release on the Xbox One and PC. Earlier this year, Xbox Germany posted a video on its Facebook page, claiming that the Remake would also hit the Xbox One in 2020, but Square Enix refuted this by stating that there are no plans to release the game on other platforms. "As previously announced, FINAL FANTASY VII Remake will be released for the PlayStation 4 on March 3rd 2020", Square Enix stated. "We have no plans for other platforms." 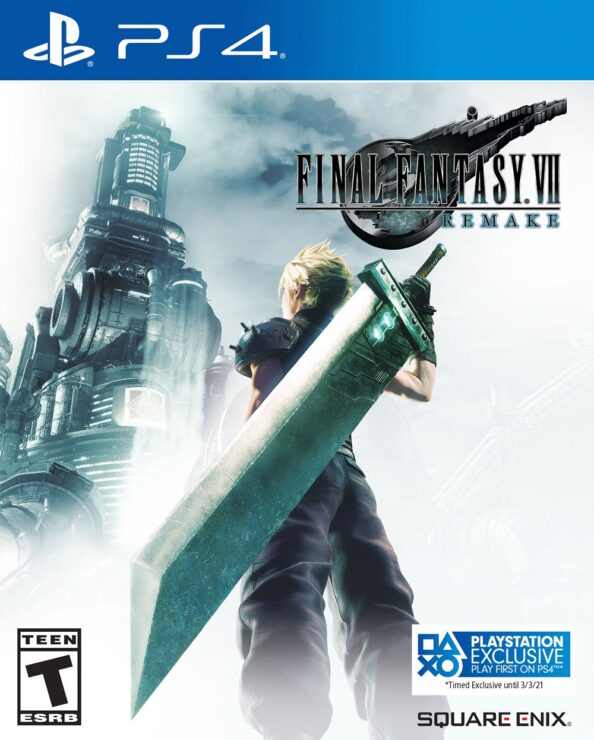 Interestingly, an official press release from June still mentions that Final Fantasy VII Remake will “debut first” on the PS4 in 2020, suggesting that it's coming to other platforms later on.

Microsoft and Square Enix pulled a similar stunt with Rise of the Tomb Raider which was initially presented as an Xbox One exclusive but later turned out to be a timed Xbox exclusive – the sequel to 2013’s Tomb Raider was later released for PC and PlayStation 4 as well.

Final Fantasy VII Remake is slated for a global release on PlayStation 4 on March 3, 2020.