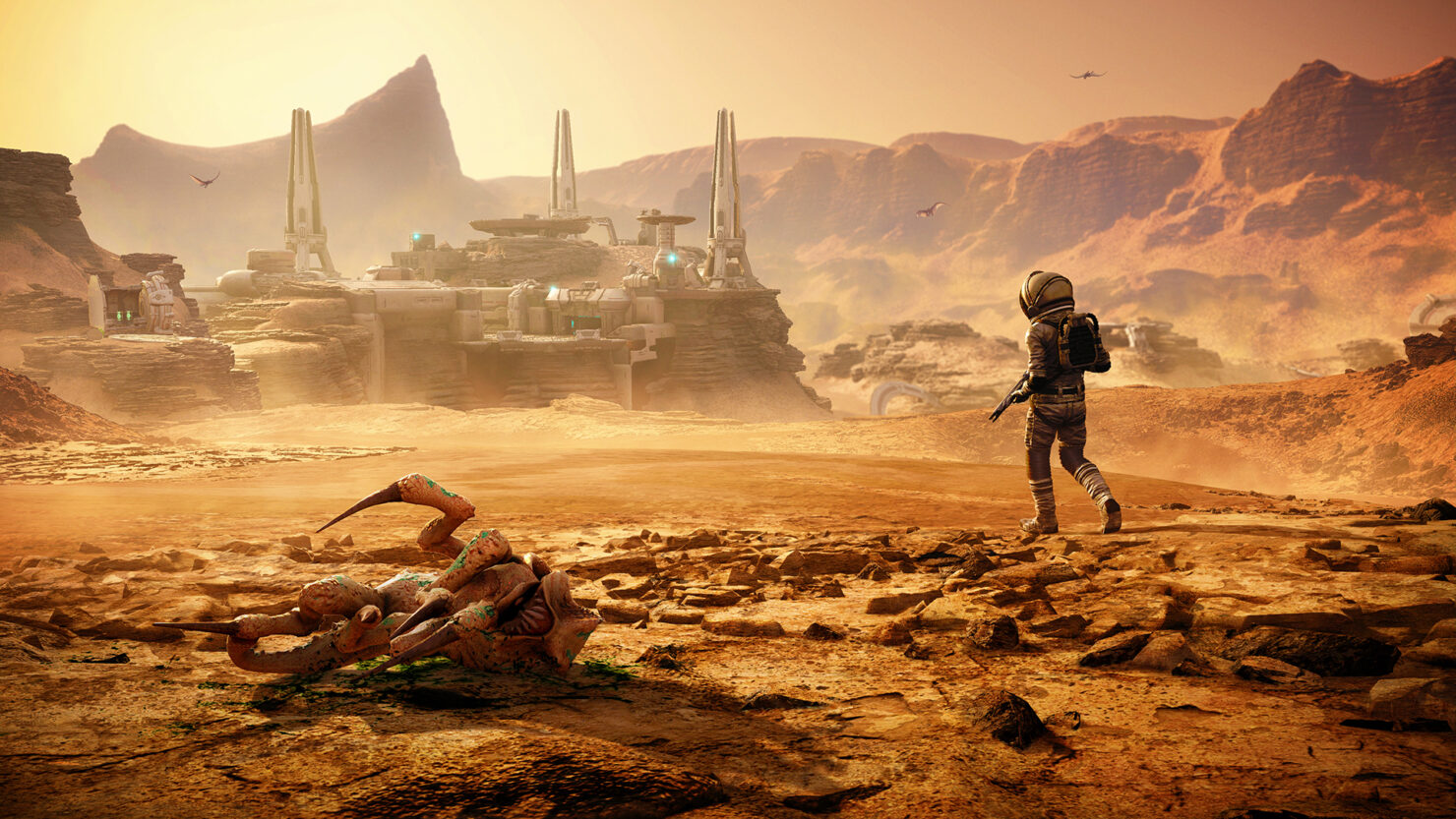 Ubisoft just revealed via press release that the Lost on Mars DLC for Far Cry 5 will release on July 17th.

Lost on Mars transports the franchise’s insanity from Hope County to the red planet as Nick Rye is teleported to a hostile planet to help his buddy Hurk thwart an alien invasion of Earth. This adventure gives players a new arsenal of alien weaponry, including the Blaster of Disaster, Hellfire and Morphinator, while also introducing a new transversal tool with Space Jets. Humankind’s future is in the hands of the game’s most notorious guns-for-hire. Time to squash some bugs!

In addition, all Far Cry 5 players will have access to new Mars-themed assets in Far Cry Arcade, which is available now. Map builders will be able to integrate these assets into their existing maps or create new sci-fi-themed maps. Future content will also include thematic assets that will be added to Far Cry Arcade for free. Those who download the Lost on Mars DLC will also gain access to new weapons – Obliteratorrrr, Taser Phazer Annihilazer, Nerve Reaper, Grape Popper and Hellfire – to use as they liberate Hope County from the Project at Eden’s Gate.

Far Cry 5 post-launch will continue with a final DLC adventure – Dead Living Zombies – which will be released in August. An additional asset drop will give map builders more tools to create unique Far Cry Arcade experiences. The adventures are available in the season pass or as stand-alone DLC purchases, while new asset releases for Far Cry Arcade will be available for free to all players in future title updates.

Set in America, a first for the franchise, Far Cry 5 offers players total freedom to navigate a serene-looking yet deeply twisted world as the new junior deputy of fictional Hope County, Montana. Players will find that their arrival accelerates a years-long silent coup by a fanatical doomsday cult, the Project at Eden’s Gate, igniting a violent takeover of the county. Under siege and cut off from the rest of the world, players will join forces with residents of Hope County and form the Resistance. Far Cry 5 will continue to receive premium DLC adventures available in the season pass, as well as free content, including new Far Cry Arcade assets and in-game live events following the launch.