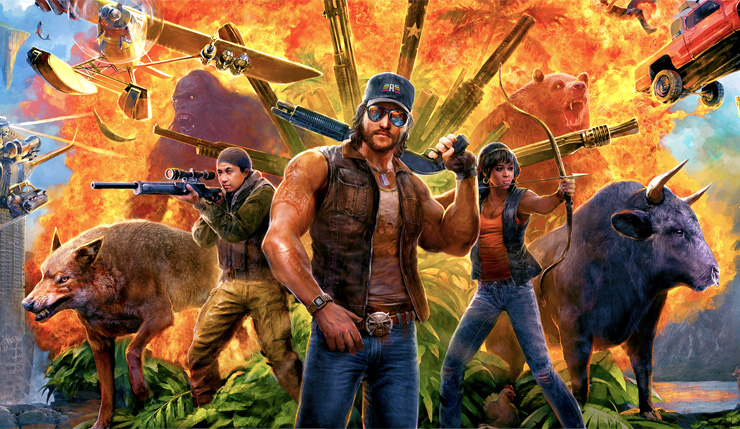 Far Cry 5 certainly won’t suffer from a lack of content. In addition to the standard sprawling open world, we’ll also be getting Far Cry Arcade, a major update to the series’ standard map editor mode. Far Cry Arcade will include over 9000 items, including assets from past Ubisoft games, including Far Cry 4, Far Cry Primal, Watch Dogs, Assassin’s Creed IV, and Assassin’s Creed Unity. User created maps can be designed to be played in single-player, co-op, or PvP with up to 12 players. You can check out some of the crazy things possible in Far Cry Arcade, below.

Well, now I know what part of Far Cry 5 I'm going to be spending most of my time on! Here's the official Far Cry Arcade rundown from Ubisoft:

Far Cry Arcade is part map editor and part game-design tool, and it'll be a free source of new maps to play (created by both the developers and the community) and new challenges to take on every week. Crazy possibilities include jet-skiing through a flooded city, traversing an eerie hallway with floating clocks, and a whole bunch of classic Far Cry-style mayhem. Arcade is also the home of competitive Far Cry 5 action, where you'll find PvP firefights galore. And any rewards you earn in Arcade, including money, items, weapons, and vehicles, will carry over to your campaign.

And that’s not all! Ubisoft has also released the first look at its season pass content, which will take players to Vietnam, the zombie apocalypse, and Mars. Scope out the nuttiness, below.

Reminder, those who shell out for the Far Cry 5 Season Pass will also get Far Cry 3 Classic Edition, a current-gen remaster of the series’ most popular game. Standalone Pricing hasn’t been announced for the Season Pass yet, but Far Cry 4 Gold Edition, which includes the pass, is $90.