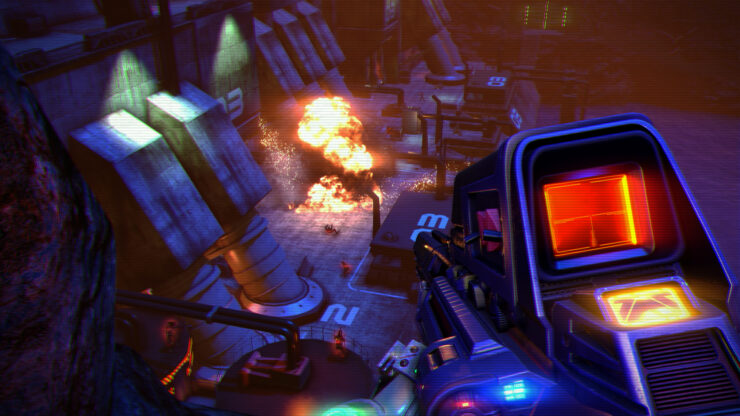 Far Cry 3: Blood Dragon will be free for PC starting November 9, Ubisoft has announced. The title is part of Ubisoft’s 30th “UBI30” anniversary.

Ubisoft is offering a total of seven digital PC games, and since June a new free game has been added on a monthly basis. The digital games are available for a limited time only, but once downloaded, the game will remain in your Ubisoft vault.

This month we offer you Far Cry® 3: Blood Dragon, THE Kick-Ass Cyber Shooter. Welcome to an 80's vision of the future. The year is 2007 and you are Sergeant Rex Colt, a Mark IV Cyber Commando. Your mission: get the girl, kill the baddies, and save the world. Experience every cliché of a VHS era vision of a nuclear future, where cyborgs, blood dragons and mutants collide.

Far Cry is one of the first open world Ubisoft created. The game was first introduced to the public at E3 2001 as X-Isle. At that time, Ubisoft showed an impressive open-world of forest inhabited by dinosaurs, supported by the powerful Cry-engine from Crytek.

The co-developed game by Ubisoft and Crytek changed name and adapted its context to become Far Cry in March 2004. From the beginning the game offered the root of an open world: large playground, freedom of choice and initiative to the player, emerging gameplays.

Travelling from Exotic islands to the Himalayas, from Stone Age to modern days, the game each time offers more possibilities to fight, shoot and destroy: dynamic fires, wild animals, exotic means of transportation… And as a publisher, we have been always amazed by the imagination of players when they experiment these tools.

Epic Games Store Gifts Moonlighter and This War of Mine This Week, Alan Wake and For Honor Next Week