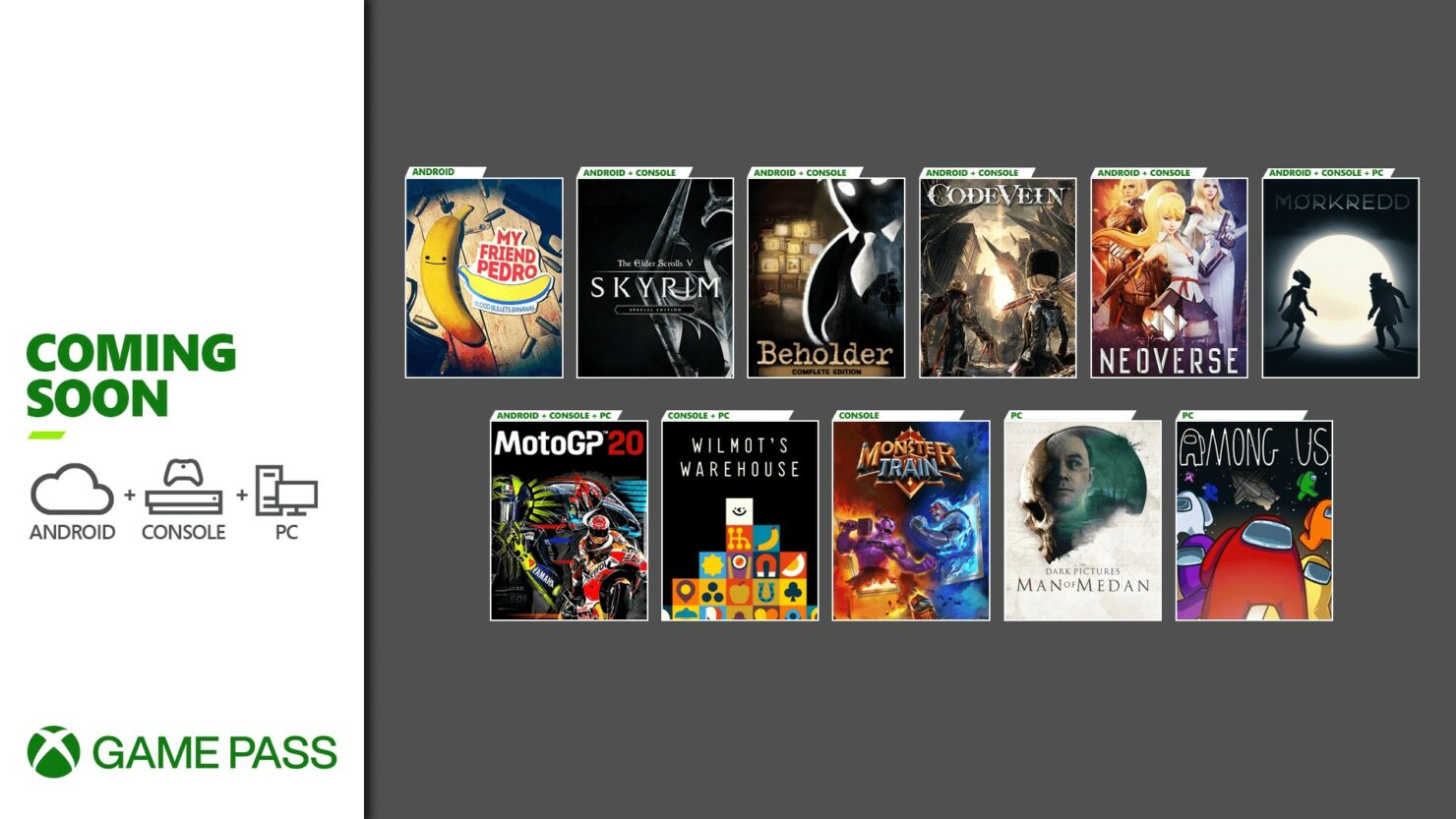 There are plenty of new games headed to Xbox Game Pass for Console and PC in December, including favorites like The Elder Scrolls V: Skyrim Special Edition, Code Vein, and Among Us. If by the time the games drop you've finished your Cyberpunk 2077 run and want something new to sink your teeth into, this new set of titles should be plenty for you to explore.

Starting today, you can pick up Morkredd on PC, Android and console. It's a co-op puzzler that finds players working together to solve a puzzle that seeks to find a balance between light and shadow in a full of secrets.

On December 15, The Elder Scrolls V: Skyrim: Special Edition comes to Xbox Game Pass, though we all know it's pretty much been to just about every platform by now. This version, however, includes remastered art and effects, dynamic depth of field, volumetric god rays, and mods on console. It also features new quests, dialogue, characters, environments, and more so you can get the most out of it than you could prior on consoles.

Starting December 17, the viral hit Among Us, Beholder: Complete Edition, Code Vein, The Dark Pictures Anthology: Man of Medan, Monster Train, MotoGP 20, My Friend Pedro, Neoverse, and Wilmost Warehouse are coming to the service, varying from Android to Console and PC additions.

Of course, when new things are added to the service, that means some will need to be removed. On December 30, we'll see Farming Simulator 17, Football Manager 2020, and Mortal Kombat X leaving the service in various forms.