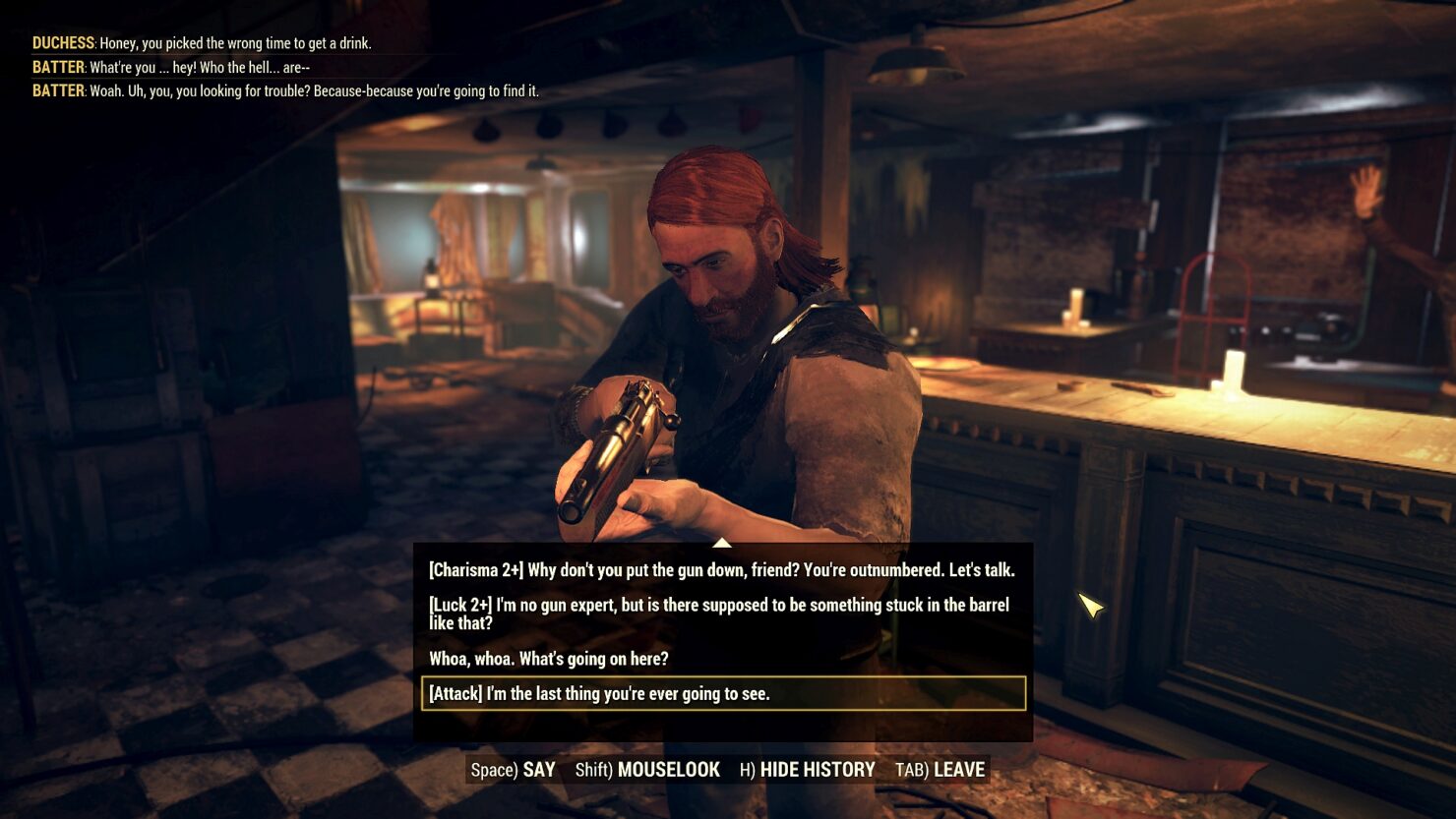 Wastelanders, the Fallout 76 expansion that is going to bring back human non-player characters (NPCs) to Appalachia, is coming out on April 7th (alongside the game Steam debut).

Ahead of the upcoming launch, Bethesda shared information on how the new dialogue system with NPCs is going to work. Interestingly, even robot NPCs that already existed in Fallout 76 have had dialogue added to them.

Whenever you’re chatting up your favorite Ally, a Faction leader, or one of the many other characters you will meet during your adventures, you will be able to choose from a variety of response options. The words you employ during your conversations with others can, at times, be even more powerful than your favorite weapons. The decisions you make may help you forge alliances, find an alternate way to get something done, or even have an impact on your reputation with the Settlers or the Raiders.

The new faces in town aren’t the only ones who are interested in having discussions with you. We’ve also revisited some of our existing NPCs, like Rose, MODUS, and others to outfit them with dialogue. While the quests they send you on in Wastelanders will be the same as they are in the base game, we hope that your interactions with them along the way will feel more flavorful and fun than before.

Don’t forget, as a Vault Dweller, you’re S.P.E.C.I.A.L.! Depending on how you’ve allocated points into your S.P.E.C.I.A.L. attributes, you will sometimes find you can pull off conversational feats that others cannot. For example, you may be able to convince someone to give you a weapon, find solutions to problems more quickly, or know just what to say to ease tensions during a tough moment.

TAKE CONTROL OF THE CONVERSATION

As part of the dialogue system, we’ve also added a few controls that can help you make the most out of your conversations with other characters. You can keep track of everything that’s said using the new History option at the bottom of the screen. This can be toggled on or off to show up to eight rows of dialogue subtitles at any given time. If you’re replaying a conversation, or just want to get to your responses more quickly, you can Skip each of an NPC’s individual lines to help speed things along. Finally, you can adjust the camera angle during your conversations whenever you’d like to get a better view of the person you’re speaking with.

Bethesda also has a strong presence at the ongoing PAX East in Boston. During a developer panel held yesterday, they showcased some new Wastelanders gameplay footage (which you can watch below, grabbed by YouTube channel GamersPrey).