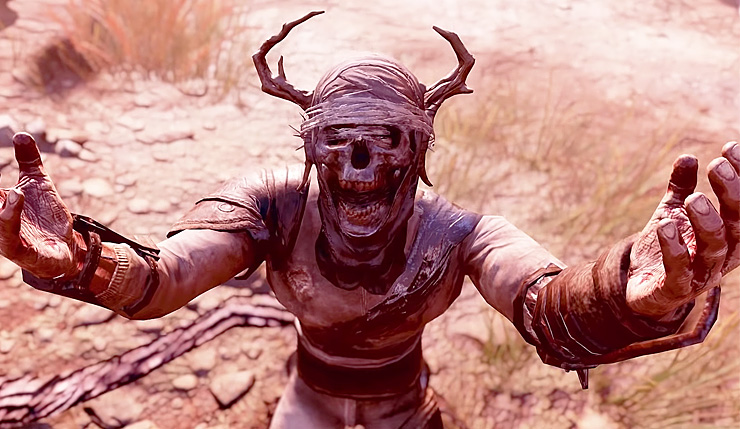 Fallout 76’s long-awaited Wastelanders update has nailed down a solid release date. Wastelanders introduces NPCs, dialogue trees, a new main questline, and more, turning the game into more of a proper Fallout experience. The expansion was originally slated for a Fall 2019 release, but was pushed back to 2020, as Bethesda wanted to release the content on Fallout 76’s new public test servers before letting the general public play. Well now we know Wastelanders will finally arrive this coming April, with a Steam released planned for the same day (previously the game has only been available through Bethesda.net). You can check out a new trailer for Wastelanders, below.

The Wastelanders content will be free for all Fallout 76 owners, although Bethesda is selling two faction-specific content bundles for Raiders and Settlers. Bethesda hasn’t specified how much these bundles will cost, but expect them to be around $20. 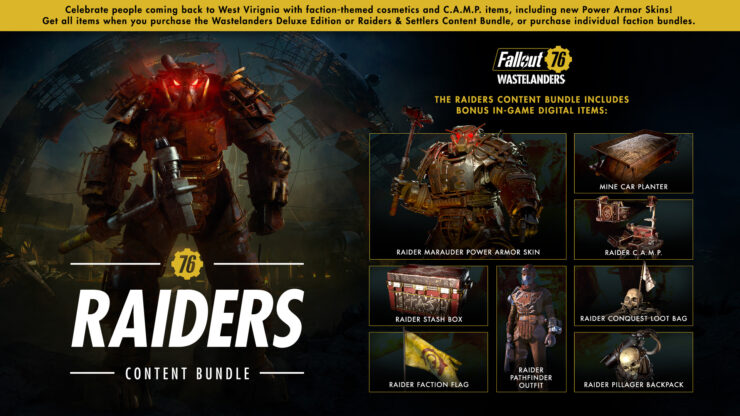 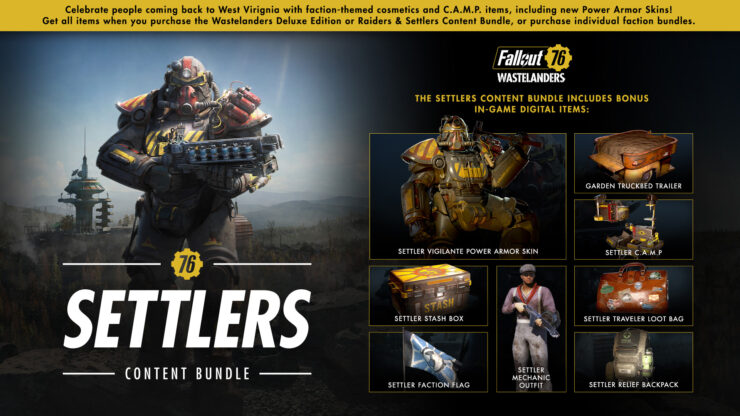 Fallout 76: Wastelanders launches on PC, Xbox One, and PS4 on April 7. The Steam version of the game will arrive the same day.