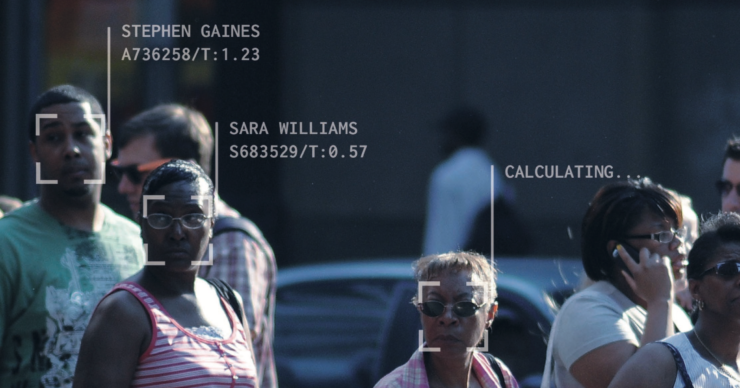 Following the tribunal ruling UK's GCHQ mass surveillance unlawful, we are looking at something closer to home. American law enforcement agencies have also created a massive facial recognition database. While nothing in comparison to what GCHQ was doing under the "Karma Police," US law enforcement agencies have stored data of over 117 million American adults. That is one of every two adults in the country.

A comprehensive report by the Center for Privacy & Technology at the Georgetown Law has revealed that the authorities used driver's license IDs from at least 26 states to build this massive facial recognition database. This database also contains information about people who have never committed any kind of crime before.

ID photographs of over 117 million adult US citizens are now part of this so-called "Perpetual Line-up," a database that is regularly scanned during police investigations. The 150-page study published earlier this week raises privacy and legal concerns as millions of law-abiding citizens are potentially being dragged into this surveillance network without ever having done anything wrong.

But that's not all. Similar to GCHQ's Karma Police, American law enforcement agencies also try to avoid oversight over these data-grabbing networks. "There are no standards ensuring its accuracy" and "it has no systems checking for bias," Clare Garvie, the report's lead author said.

The latest report prompts questions about citizen privacy and the authority over our lives that we are giving to law enforcement. Given, they need to store data about suspects and criminals, but why the millions of records of the law-abiding citizens?

What's dangerous is the lack of oversight over this process. The research team revealed that only nine out of 100 law enforcement agencies log and audit searches for improper use. Only one of these, the Michigan State Police, showed the research team documentation to confirm that they are actually auditing their officers' searches.

This means that the employees working in these agencies can look up anyone in the database for any reasons - personal, political or amusement. If and when they decide to share this data further by going anonymous, no one will be able to track or persecute them.

The research team asked about 100 law enforcement agencies if they are using this facial recognition system, and 52 admitted to using it. Out of these, only the Ohio Bureau of Criminal Investigation prohibits officers from looking up people "engaging in political, religious or other protected free speech."

Police departments keep fingerprints and DNA databases, collected from criminals and arrested people. But, these databases never include the common public in the "system." The report calls the use of this biometric network by law enforcement agencies "unprecedented and highly problematic" because of its potential to identify and monitor innocent citizens.

Facial recognition systems are known for making mistakes identifying black people, women and people aged 18 to 30. Misidentified as a criminal is definitely not a fun ride. Which is why over 50 civil and human rights groups have sent a letter the Department of Justice following the release of this report. The letter asks DoJ to investigate if the database "has had a disparate impact on communities of color." The letter also raises questions about the use of this database at protests and rallies, "raising significant First Amendment concerns."

"In this line-up, it’s not a human that points to the suspect - it’s an algorithm."