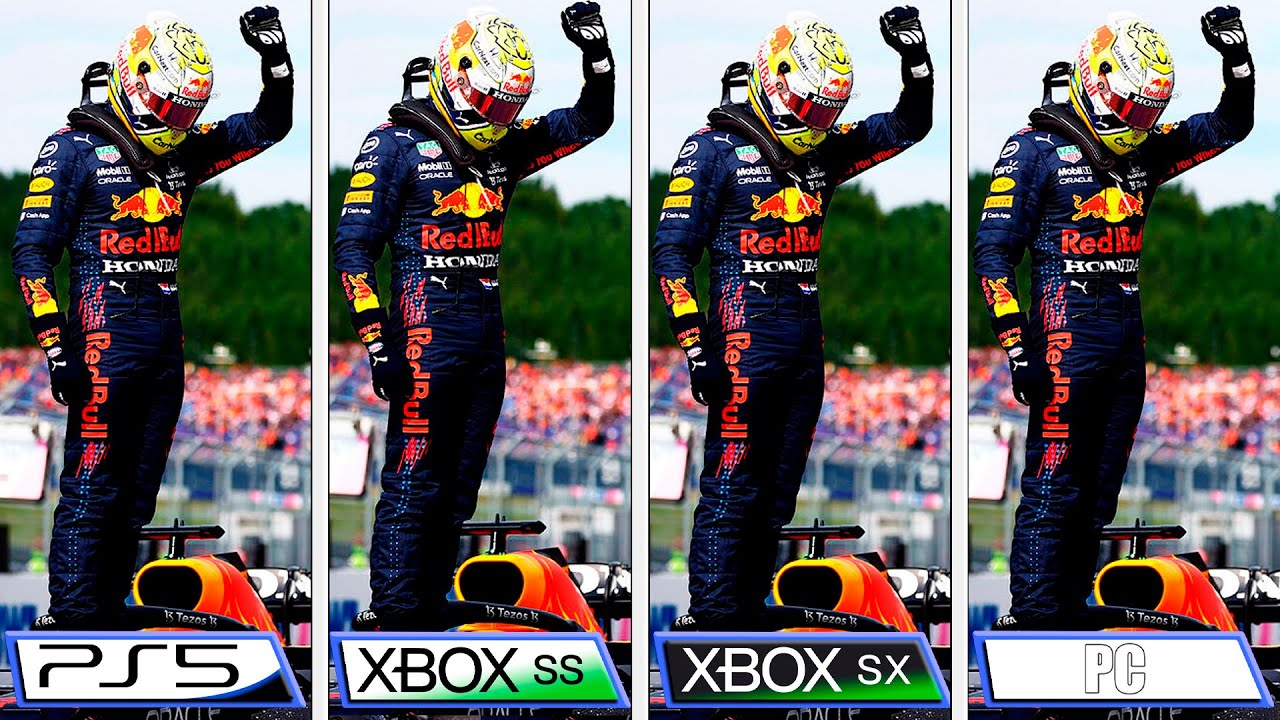 Codemasters’ latest F1 installment was released globally last week on consoles (past- and next-gen) and PC, and we now have a visual and FPS comparison video, comparing the game running on PS5, Xbox Series X|S, and PC.

Courtesy of YouTube channel ‘ElAnalistaDeBits’, the video shows that F1 2021 runs in either 4K@60FPS or 1440p@120FPS on both PS5 and Xbox Series X, depending on the chosen visual mode (and display capabilities). As for the resolution and framerate on Xbox Series S – the game runs at 1080p@60FPS. In the video, the PC version runs at maximum settings with an NVIDIA RTX 3080 GPU (with DLSS).

Performance is near identical on all platforms, although some minor FPS drops were experienced on PlayStation 5 in 1440p/120FPS mode. Based on this comparison video, albeit minor, the Xbox Series X appears to have an advantage over PS5 when it comes to loading times.

The textures, anisotropic filtering, and drawing distance are the same on all platforms, and this can also be said about the quality of Ray Traced reflections on PC, Xbox Series X, and PC. It should be noted, however, that, on the next-gen consoles, Ray Tracing is only applied in photo mode. As far as Ray Traced shadows – the PC version clearly beats the console versions of F1 2021.

Check out the new comparison video down below:

Our very own Chris Wray reviewed (and previewed) the latest F1 installment on PC. We’ve included a short part of this review down below as well.

So is F1 2021 worth it? Well, yeah. It's the same as practically every F1 game in the past five years. The refinements start to show, and the inclusion of a brand new mode (one that Codemasters tried but didn't quite get right a few years back) shows the direction the F1 game series can go. As the last of the generation and the transition, there's a lot to look forward to from the F1 series, so long as EA can leave it well enough alone and let Codemasters do what they do best.