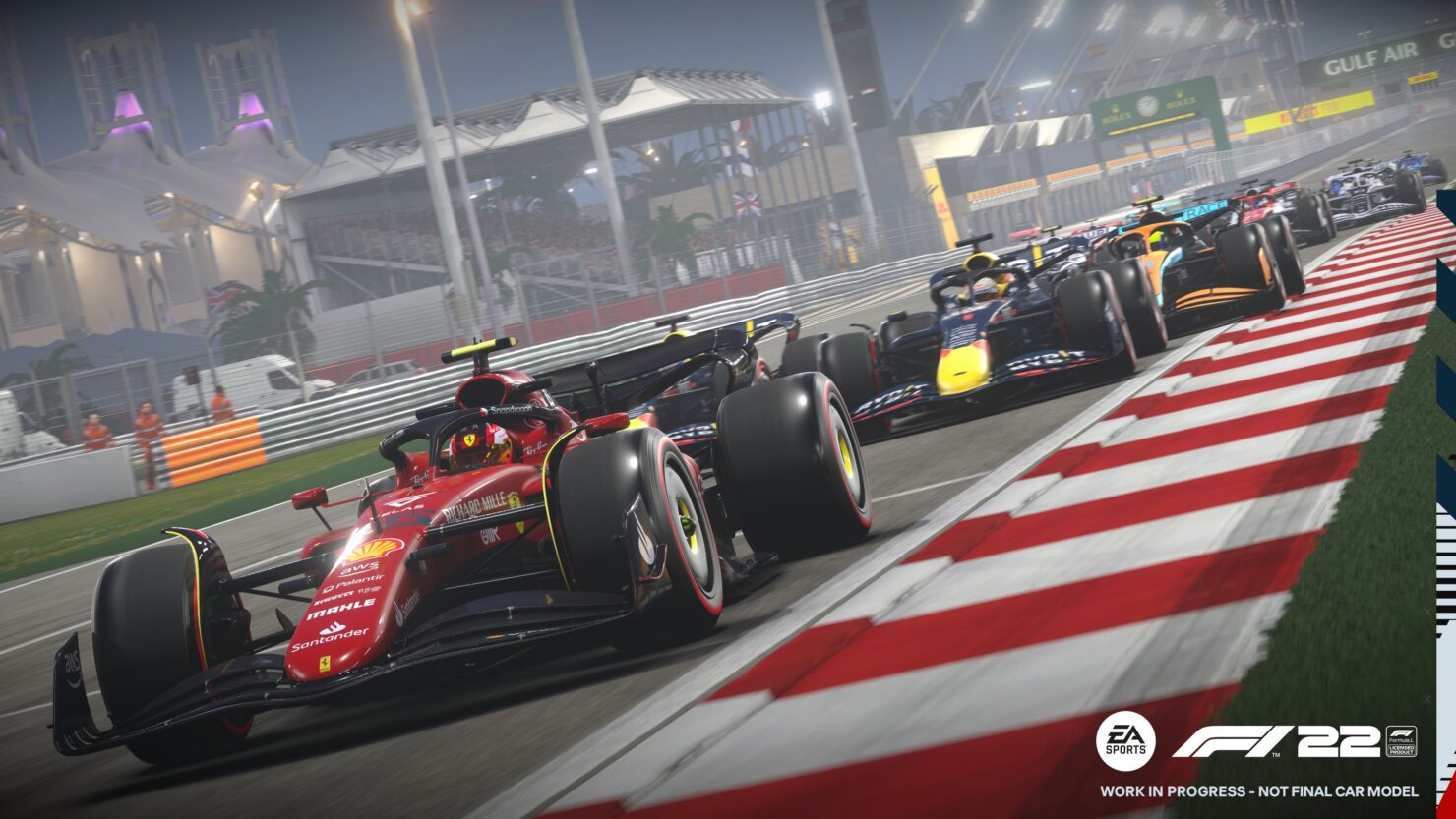 Codemasters will have developed the best racing games of any given year, with very few exceptions. The F1 series is one of the company's stalwarts, with my many previews (19, 20, 21) and reviews (17, 19, 20, 21) always highlighting the quality on offer. Now we come to F1 22; the first Formula One game developed where full development has taken place within the shadow of Electronic Arts.

At first glance, Codemasters has some fantastic wards in place, with the company - and F1 22 - looking like they're going to have another great outing ahead.

With the fifth of the real-world sports' grand Prix completed, it's worth speaking about Miami. Miami being a new track, Codemasters didn't have the luxury of seeing it in action before building it into the game. Another thing that Codemasters, fortunately, didn't have to build into F1 22 is the constant bouncing of cars along the high-speed sections of tracks (porpoising). Sure, it means F1 22 isn't a complete sim of the sport, and purists may complain, but I can't honestly see how it's beneficial to have. It's certainly something that manufacturers are working their arses off to remove.

Codemasters have naturally built in the new car model for F1 22 and other rules & regulations. With this comes the new tyres, budget caps, and more. It's always a challenge to build any changes into the game, making sure they work with the game's physics and the car doesn't start sliding around while also trying to ensure it looks and feels like the real thing. Or at least it feels like the real thing looks.

One immediate thing you notice when picking up F1 22 is the weight of the cars. They're more cumbersome than before, with corners feeling slower to take. Likely a positive as the reduced ride height thanks to the introduction of venturi tunnels means you have to be far more careful around corners, lest your car begins to resemble a pilot whale in Australia. With adjustments to suspension and more, fans of earlier F1 games should enjoy getting used to these new cars and how they feel because it certainly hasn't pushed its way into becoming an arcade game, as some may fear.

Still, accessibility has always been a critical feature in the series, so F1 will still allow you to adapt settings to your needs. In addition to the settings on offer, F1 22 will also feature adaptive AI to ensure you're never too far ahead nor too far behind. I'm not sure how much I like this, as sometimes it feels right to be so far ahead, or even so far back, depending on circumstances. I've always opposed rubber-banding in racing games, so this is something I'll be judging when the game is fully released and I get to feel it in full force - though you still have the option of setting AI difficulty, which will likely cover my concerns.

Things I can't talk about are the game modes. As with most F1 series previews, you don't get to experience everything at this early stage. It's all about feeling the car and the tracks, something that feels fantastic. What information we've been given about the changes sounds good. During your career, you'll be given a choice of three entry levels, with the braking point story given a bit of a rest. In your career, there's a new events department to develop. Media interaction has also been altered, something I'm looking forward to as it's been a standout negative to me. Other interactions also claim to have been refined, putting more consequences on your decisions.

You'll have all seen other things in the news, such as F1 life. Unlocking clothes for your character and furnishings for the space featured in the menus; it's a feature, even if it's one that I don't care about. It does add to the simulation. To further add to the simulation, you've also now got the ability to ride safety cars. More on-track aspects include hot lap events, letting you ride around in some supercars. Back in the actual race, you've got more attention put into pitting, the option to ride the formation lap, and more.

Everything I've seen and heard about F1 22 shows that Codemasters is looking to bring the realities of the sport further into the games and bring forward the culture around the sport. Codemasters has been doing this with the series for a few iterations, and something they're hoping to continue. All I can say is that from what I've seen and heard so far, I'm hopeful, and I am anticipating the eventual release of F1 22, which is the 28th of June, 2022. That's if you buy the special edition. If you buy the regular version, it's the 1st of July, 2022, because that always makes sense.