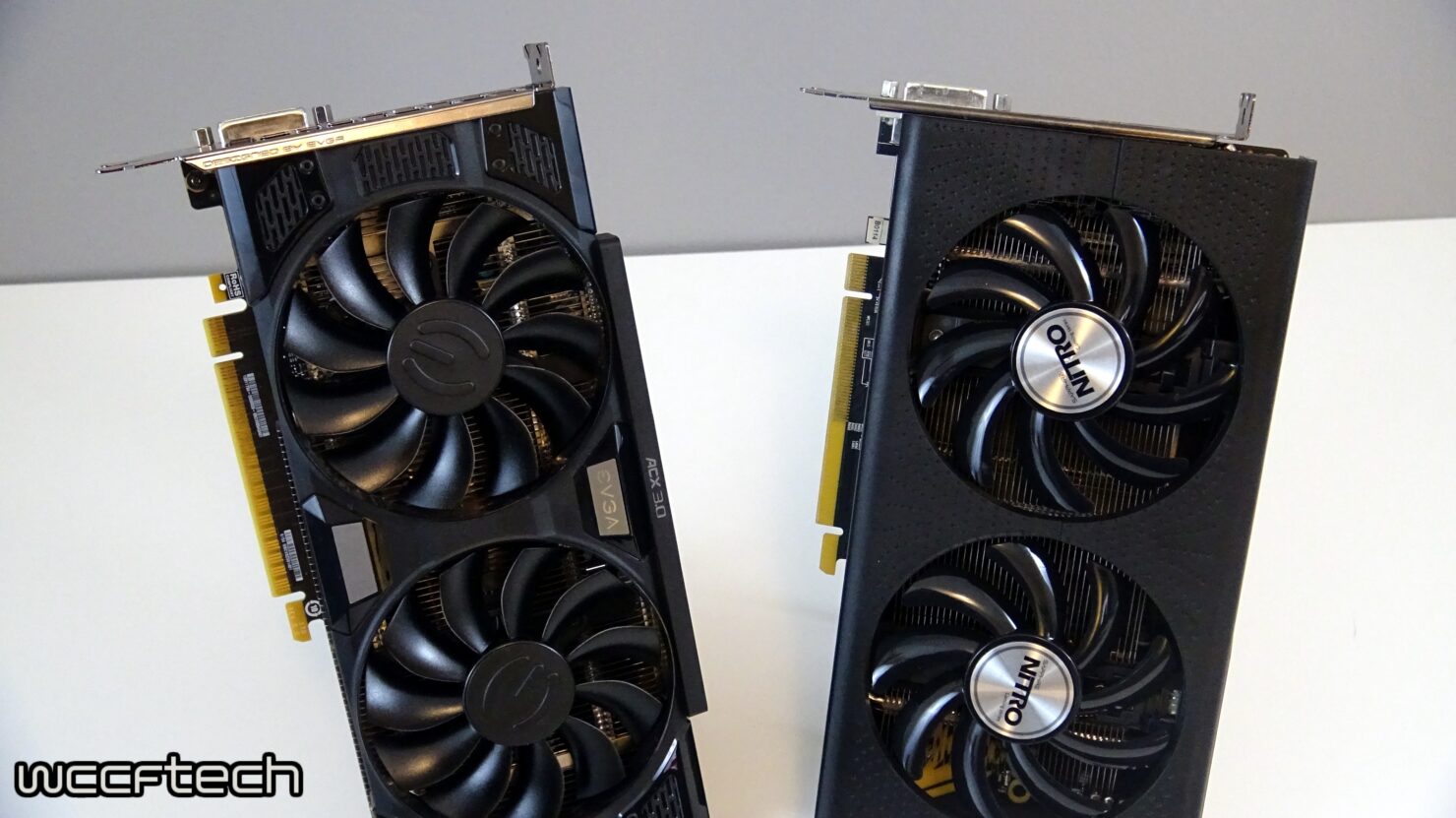 Not as many people have excessive amounts of cash on hand to throw down on high end graphics cards as we would like to sometimes think.  Enter the entry level.  We've reviewed the Sapphire Nitro OC RX 460 in the past and found it to be rather capable when compared to the GTX 750 Ti at the time.  This was because the GTX 1050 had not been released yet.  So today we're going to see where these two tiny titans of the entry level world stand when put toe to toe in modern triple A titles.

I know someone out there is wondering why triple A titles and not a plethora of F2P or E-Sports titles.  That's easy, both cards are more than capable with those games, but I wanted to see how results shook out when people with these cards wanted to play those big budget games on even the new APIs.  So, because of this, there is a mix of DX11, DX12, OpenGL, and Vulkan performance results. 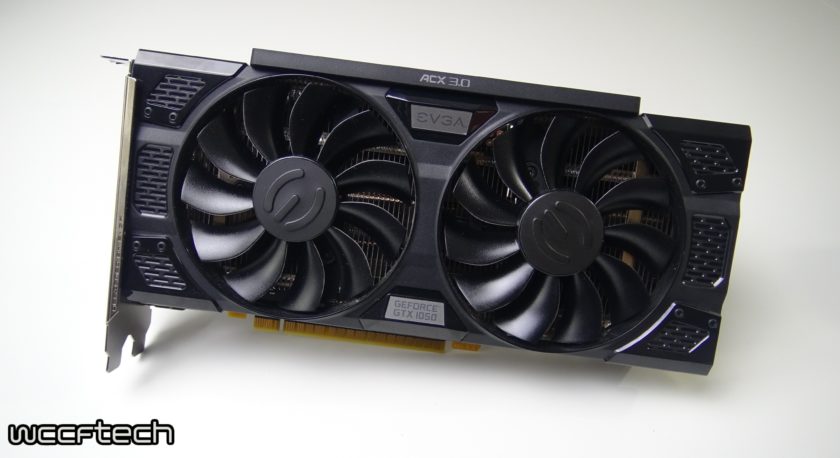 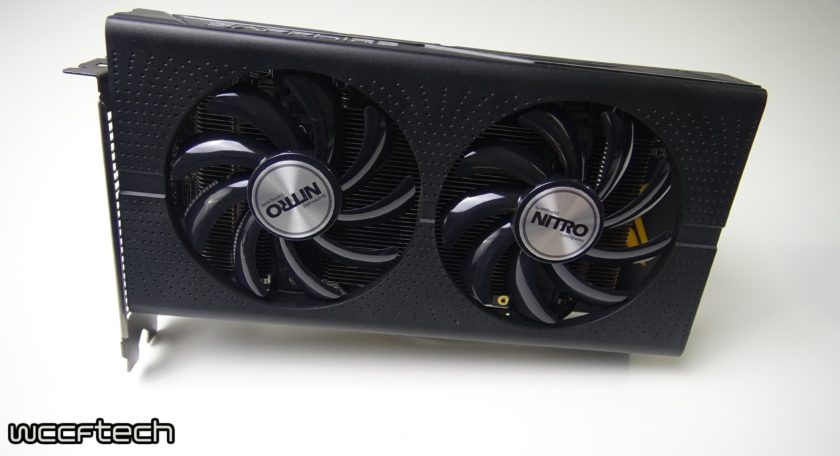 We tested on our X99 Broadwell-E based test sytem. For DX11 and OpenGL we utilized FRAPS for capturing performance during our runs. For our DX12 testing I wanted to take a moment and thank the guys at CustomPCReview again for helping develop a tool that will now allow us to deliver the same level of results for DX12 and Vulkan as we have with DX11. DX12 tests were conducted with OCAT and once the runs are all completed three times the averages for average FPS, 1% low, and .1% low are taken and plotted. We use 1% and .1% lows rather than absolute minimum as the absolute minimum typically represents an outlier frame and doesn’t typically represent actual gameplay.

Running the performance version of 3DMark Firestrike to get a baseline performance comparison between the cards.  In these results only the Graphics Performance was recorded rather than the overall score. 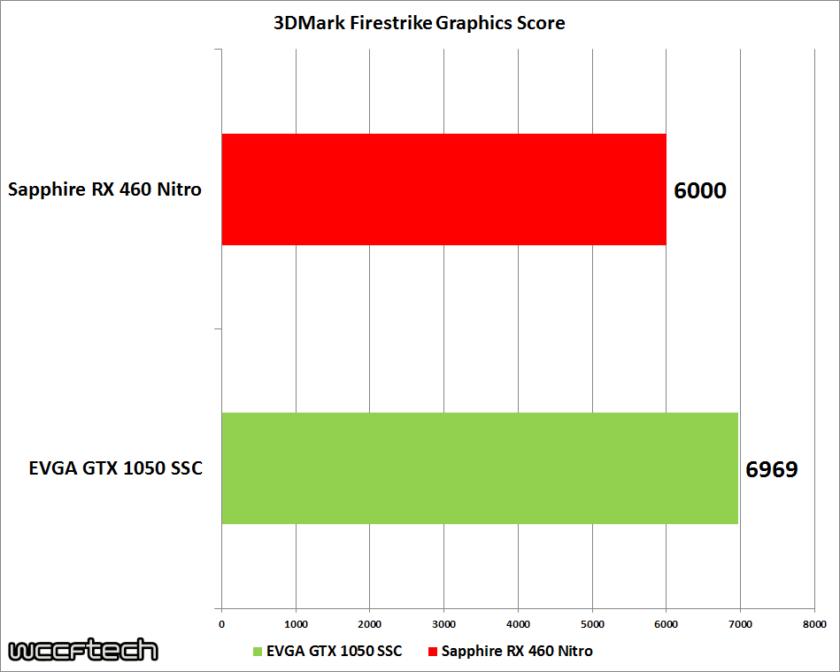 Battlefield 1 was tested just like in our game performance review using the “Over The Hill” mission at 1080p using the Medium preset in both DX11 and DX12. 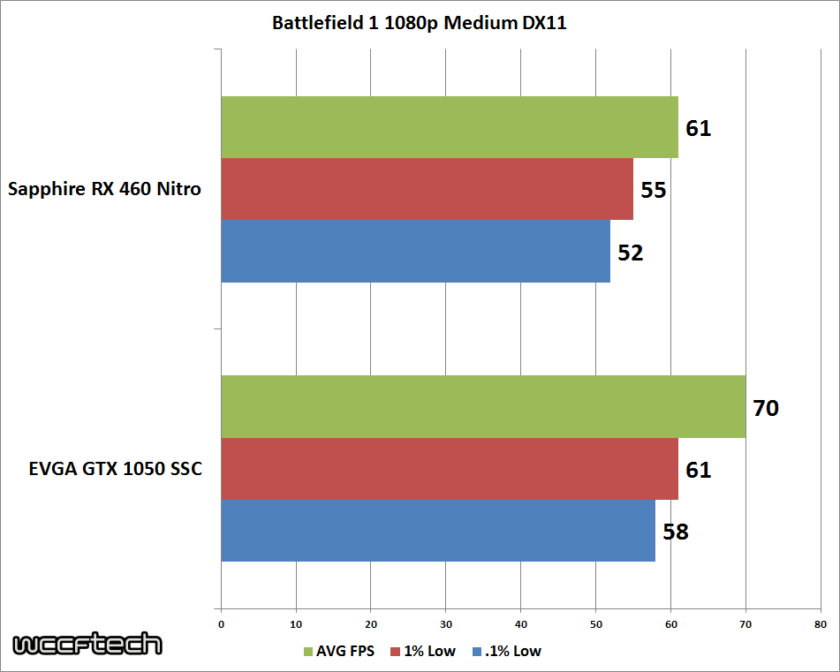 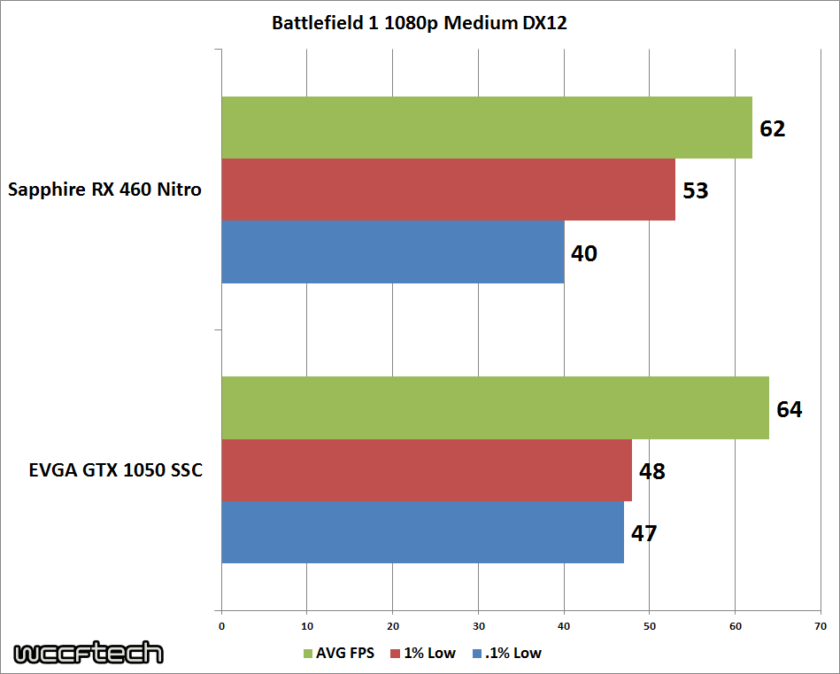 The DOOM benchmark was run during 'The Foundry' level as you first enter the large room filled with molten lava.  The tests were run at 1080p Medium preset in both OpenGL and Vulkan. 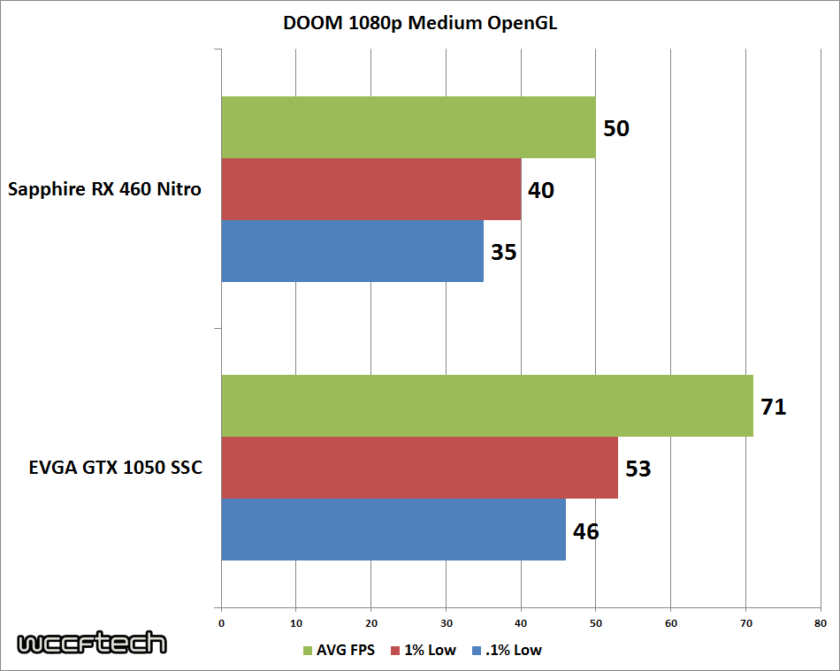 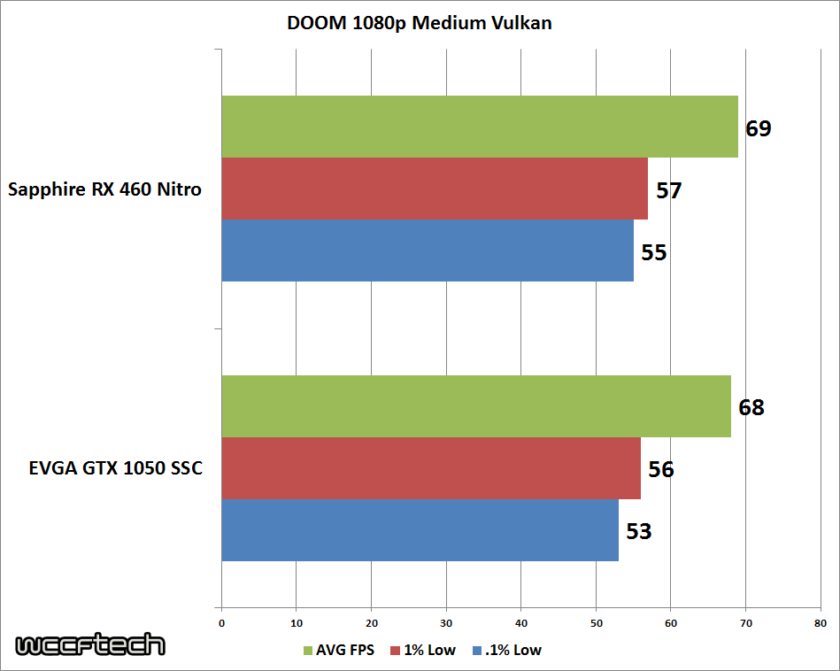 GoW4 tests were run using the entirety of the built in benchmark just like in our full Gears of War 4 Performance Test.  We ran the tests at 1080p using the Medium presets. 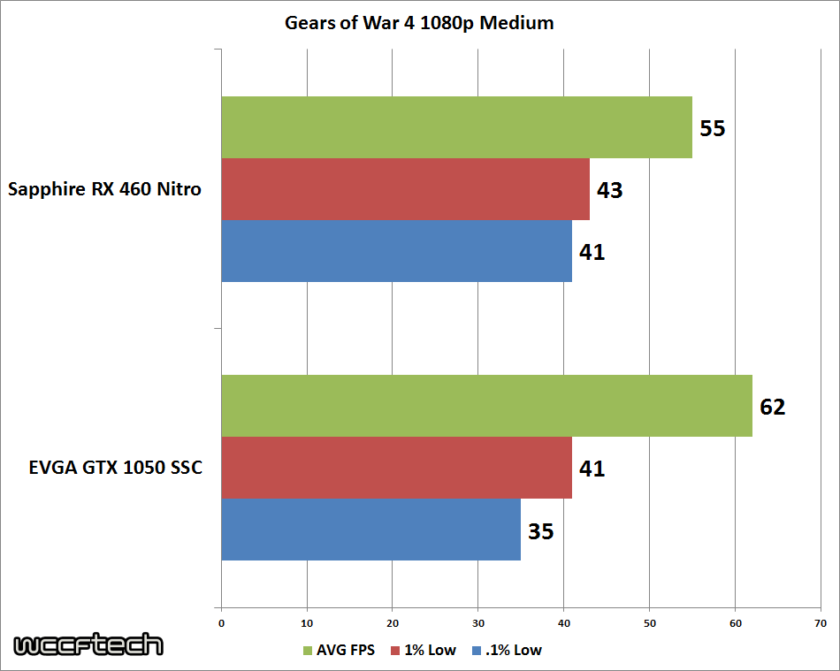 Testing Titanfall 2 was done during the first 60 seconds of the single player mission 'Blood and Rust' and was run on a mix of High and Very High. 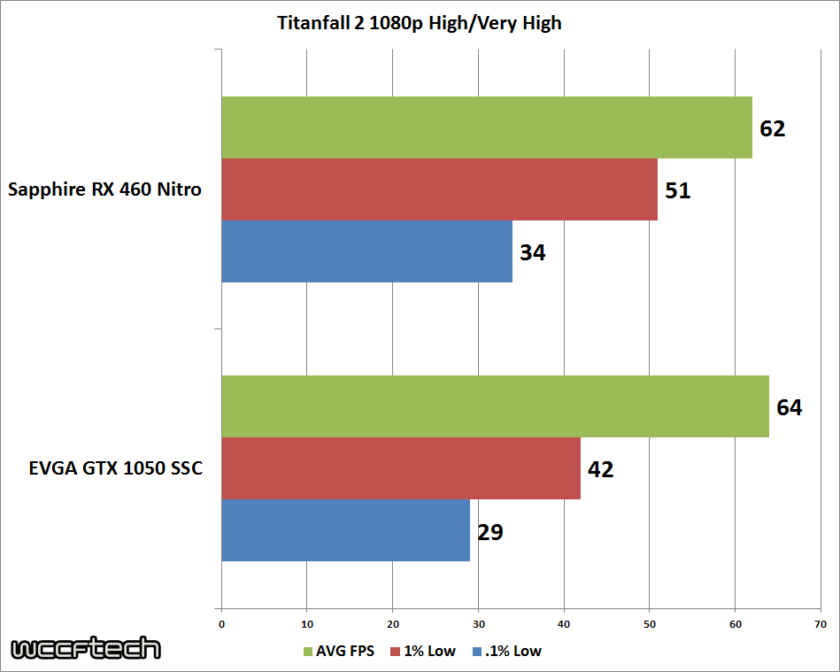 Watch Dogs 2 was tested in the same manner as our full performance review of the game.  The only real difference is that for these graphics cards we set the preset to Medium. 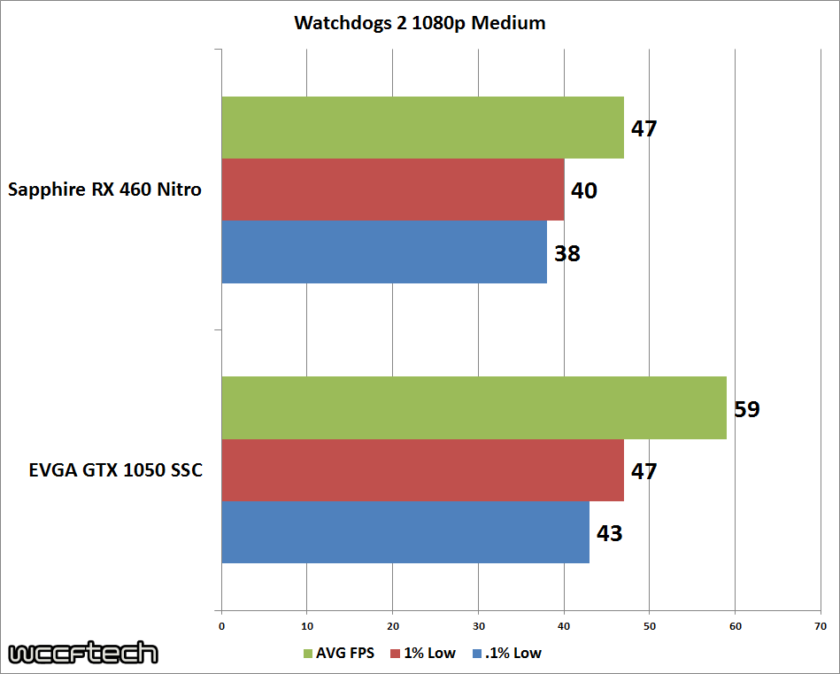 Well, there it is.  The performance difference between the two isn't that drastic when run on either's preferred API.  The GTX 1050 tended to push out better averages but the RX 460 held its own very well in the minimum 1% and .1% lows, but tended to leverage on the lower level APIs a bit more than the GTX 1050.  While both performed admirably for their level of power their prices bring them dangerously close to the RX 470.  Earlier reviews by us showed that it has nearly 2x performance over these cards for a very small amount of money more.  However, if your budget restricts that extra both of these cards pull their own weight well enough.