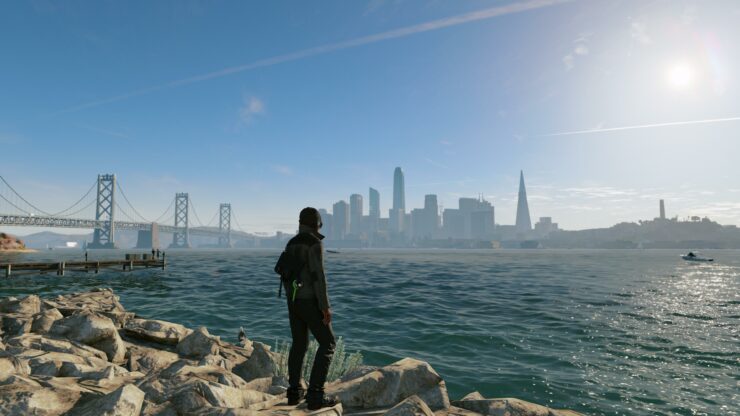 Dedsec is back and this time it's in San Francisco.  The original Watch Dogs saw one of the rockiest PC releases I can remember, from graphical downgrades to being a less than stellar poster child for NVIDIA's Gameworks.  So I could fully understand people's concern when we saw that Watch Dogs 2 was getting the Gameworks treatment this time around as well.  But, seeing Ubisoft delay the PC version by a couple weeks I felt it a good chance to see just what they've learned over the earlier release.  Using a very evolved version of the OPUS engine the developers should have a better grasp on things this go around.  But, we're not here to talk about the game itself; the performance is what we're all hear to find out about.

Testing an open world game like WD2 presents it's own world of problems.  Being that it's randomly generated it's impossible to have two exact runs go exactly the same.  So what we did, and why it's taken so long to get out, is ran our course 5 times per configuration to level out as much variation as possible.  All tests were completed over the two minute course and averaged out after that.  To try and keep this as level as possible we used the Ultra Preset for the basic tests and disabled "San Francisco Fog".  After the basic graphics card tests we moved into testing CPU Core/Threading Performance to see how the game is affected by CPU structure.  Then we took at a very interesting implementation of Temporal Filtering. 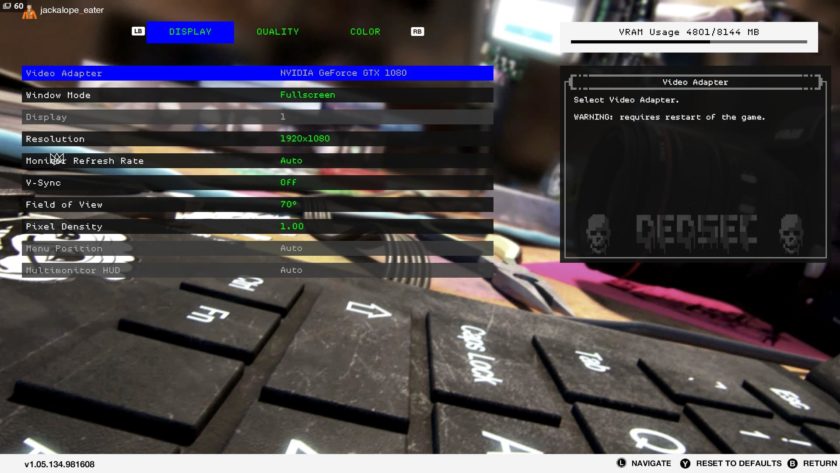 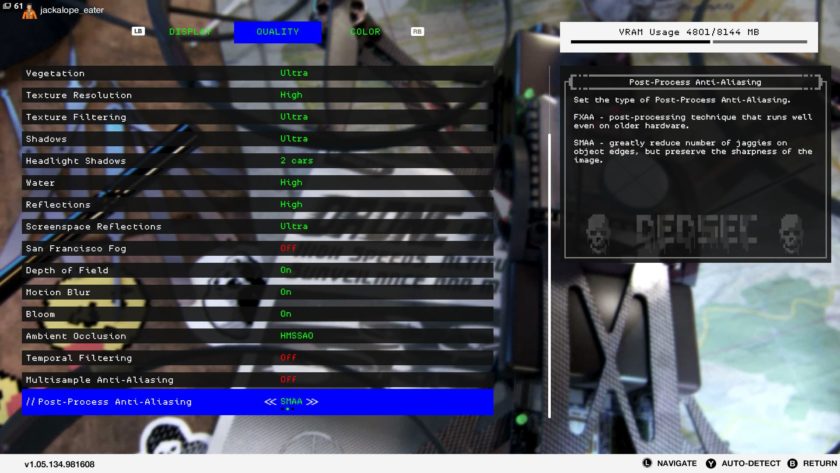 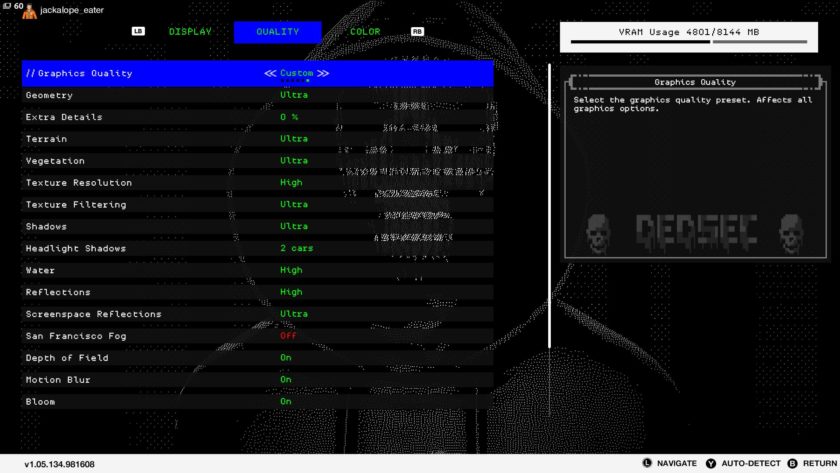 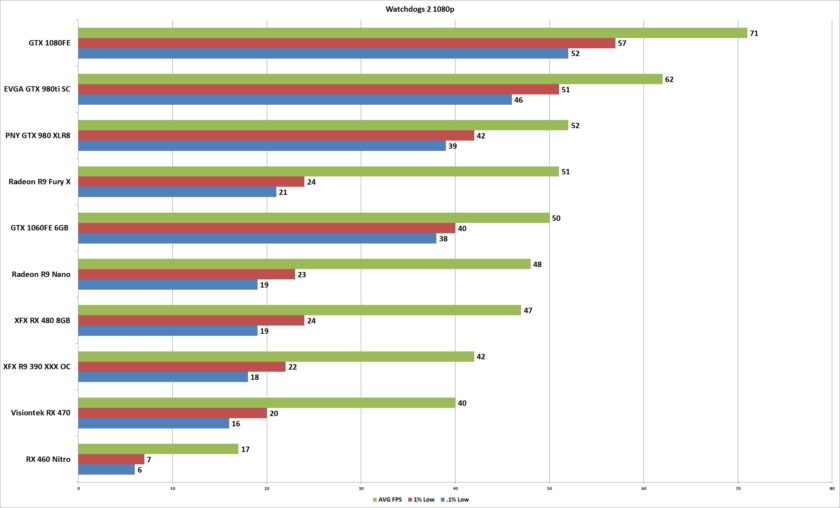 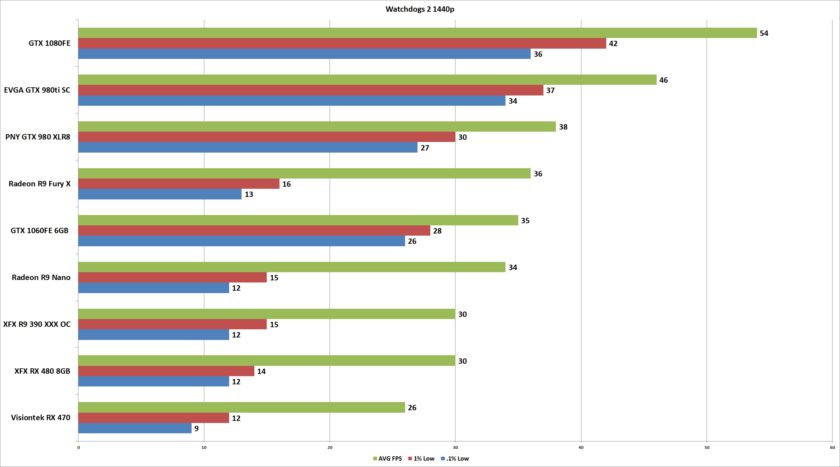 It's clear to see that running WD2 on Ultra is an absolute monster, even at 1080p with only the GTX 1080 being mostly playable at 1440p.  My personal recommendation is dropping the preset down to Very High or even High.  It reminds me a lot of what we saw in Deus Ex: Mankind Divided where there's a lot going on at Ultra that isn't really that beneficial to the overall experience of the game, but extremely demanding on the GPU and killing performance.  4k is out of the question, but there is something to help these numbers out that we'll look at in a moment.

For the CPU Test we used the Test System along with the GTX 1080FE and ran all the tests at 1080p to get the greatest impact on CPU core changes.

You better bring more than to threads to this dogfight. WD2 wouldn't even load with only 2 cores active, there was no warning or anything it simply would never load.  Something very interesting is going on with this game to where it seems to really love 4 cores and 8 threads, once you go past that it seems like the game isn't really sure what to do with the extra resources and the core utilization starts bouncing around.  So if you're rocking a consumer i7 you're in the best spot with this. 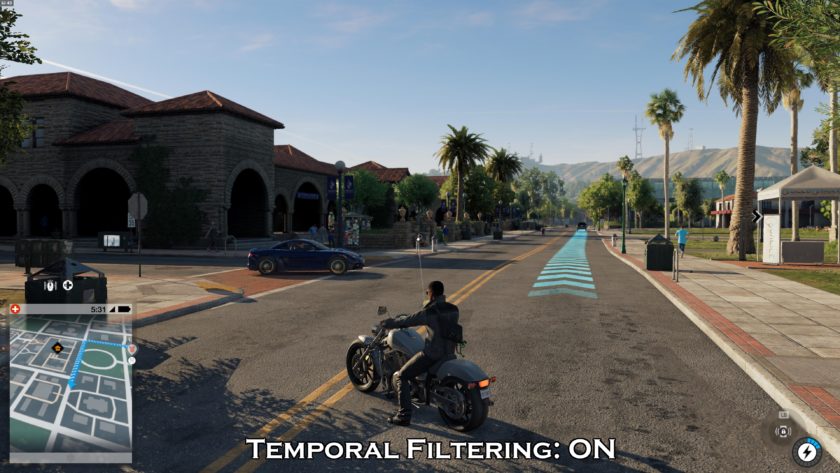 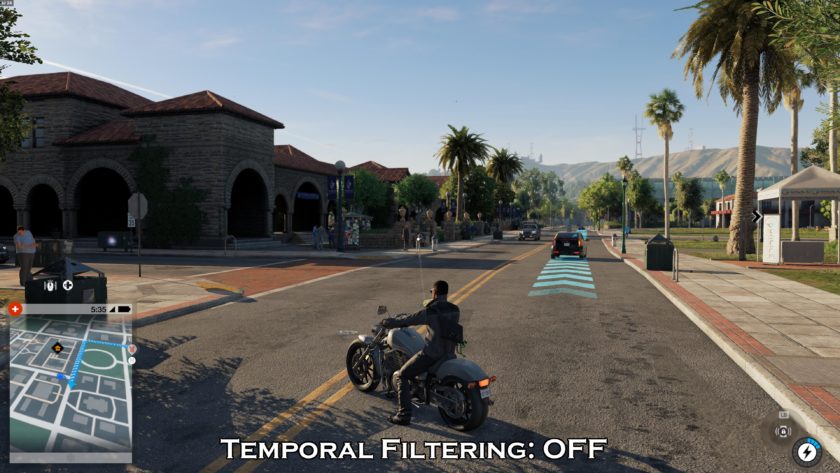 The reason the above 4k screen shots are provided before the explanation of Temporal Filtering is in hopes that you'll try to distinguish between them before looking at the results.  In game play and most screen shots that I've taken I haven't really been able to tell the difference....other than that the game runs way smoother with it on and at a much MUCH higher frame rate.

Basically what we're seeing here is the same technique that the PS4 Pro is using to create a 4K image, Checkerboard Rendering.

"In simplified terms, checkerboard rendering upscales the resolution from 1920x1080 to 3840x2160, and uses data from the previous frame to create new detailed pixels that fill in the blanks between the pixels that were upscaled, avoiding the blurriness that would otherwise occur. The result is then further improved with other techniques, and smoothed out with anti-aliasing." 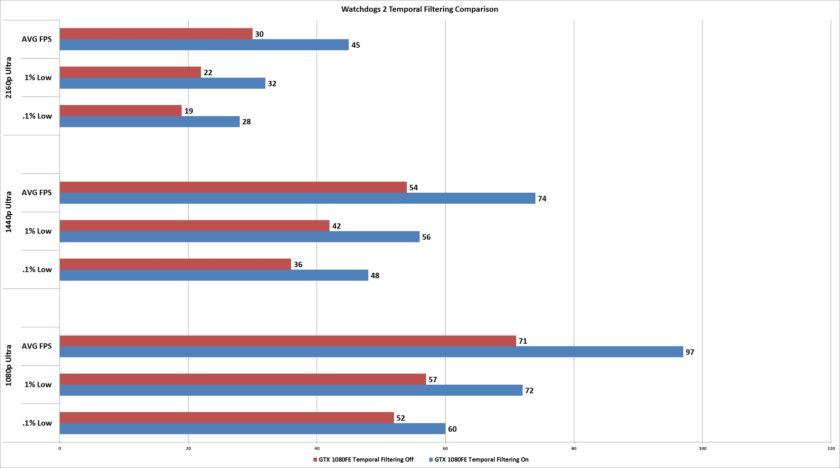 So hopefully between the screenshots provided and the results of running Temporal Filtering you can see how you would be able to greatly improve performance of WD2 without killing the visual fidelity.  After some tweaking I've found that 4K High + TF results in 4k 60FPS performance for the most part and is really enjoyable.

Performance is tricky on WD2.  If you're wanting to pick this game up just be ready to spend some time tweaking settings to get things running well on your system.  But unlike the original Watch_Dogs....you CAN get this one running really well with some patience.  The two week wait was well worth it.  But please, remember those results on our charts under the GPU test section was run with the game at Ultra and pulling some settings back and implementing others like Temporal Filtering can greatly improve your gaming experience with Watch Dogs 2.  It's not the easiest game to run, but it is an open world resource heavy game that both looks and plays better than the original and is a much improved launch.  And I'd be lying if I said I wasn't enjoying the game itself much more than the original.

BLUETTI EB70 Is On Hot Sale: A Powerful Portable Power Station For Campers And Laptop Owners With MPPT Solar Charging!