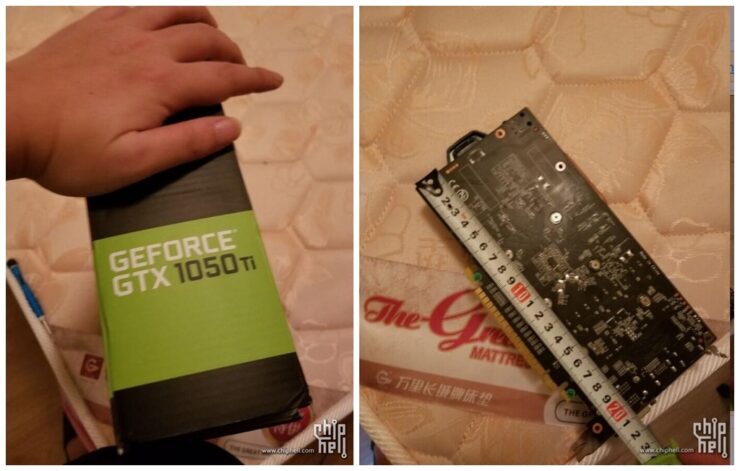 NVIDIA is expected to launch their new GeForce GTX 1050 series cards later this month. The GTX 1050 and GTX 1050 Ti will target the entry-level market with decent performance figures. The latest leak shows us the performance of the Ti model in various synthetic benchmarks.

The GeForce GTX 1050 Ti is in the spot light of today's leak. Being the fastest of the two GTX 1050 cards, the Ti variant will be launching alongside its cut-down brother on 25th of October (via GDM). Replacing the GM206 and GM107 based GTX 950 and GTX 750 Ti, the Pascal based card will offer better performance and efficiency figures. The card is expected to perform really good on 1080p monitors for gamers and builders on a strict budget.

The pixel fill rate is maintained at 41.3 GPixel/s that is a good increase over Maxwell. The card should also feature 4 GB of GDDR5 memory clocked at 7 GHz. This gives us 112 GB/s bandwidth along the narrow 128-bit bus interface.

The card that has been leaked is a custom model that features a dual slot cooling solution and a 6-Pin power connector. One of the great things about GP107 is its 75W TDP. AIBs can modify that an feature extra power connections for increased stability and overclockability. This specific model is clocked at 1354 MHz base and 1468 MHz boost clocks which is a nice bump straight from the factory. 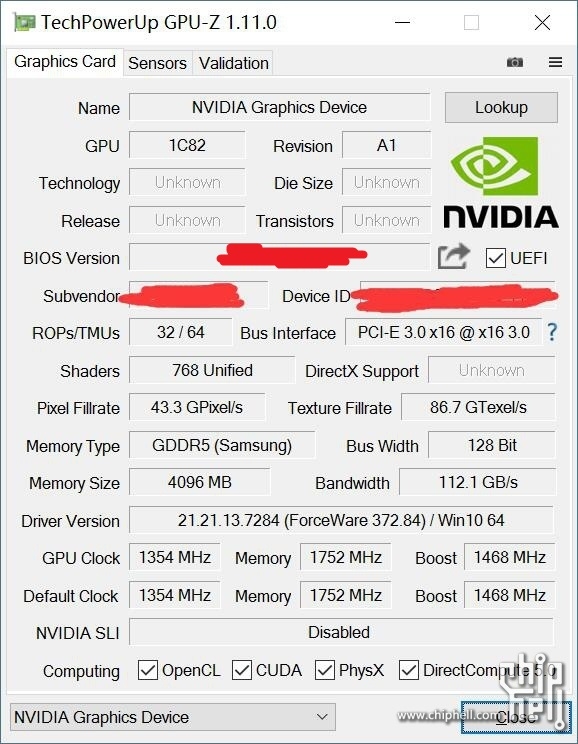 Talking about overclocking itself, the card has some intense potential. The leaker showed off that the chip was able to do 1797 MHz out of the box, without any voltage adjustment. This shows that Pascal is still doing great even on the entry level chips. We really can't wait to see what kind of performance this overclock adds in AAA gaming titles.

Moving on to the performance benchmarks, the card was tested at its factory overclocked specs in 3DMark Time Spy and Firestrike. In Firestrike Ultra, the card score 1895 points while in Time Spy, it scored 2513 points. This score is better than a lot of custom variants of the Radeon R9 380 and GTX 960 cards.

NVIDIA's GTX 1050 Ti will not only bring great performance to a more wider audience but also cut down the power requirements by a great margin. It remains to be seen how well the non-Ti variant performs but there's not telling when the latest leak would hit us.