EVERSPACE Closed Alpha Featuring Oculus Support To Begin This Week, Team Thanks ID@Xbox For Their Support

The Hamburg-based independent development studio ROCKFISH has confirmed today that those eagerly anticipating a taste of the roguelike space shooter game EVERSPACE will soon be able to try out the game thanks to a closed alpha. 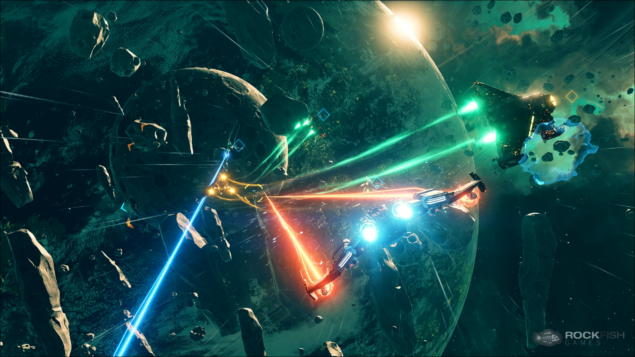 In a new press release, the team has confirmed tht EVERSPACE is finally reaching its next level of development, and that the closed alpha will begin on April 19th. Those interested in getting to the closed alpha can still participate in the crowdfunding until April 30th. To thank players for their support, the team has confirmed that the EVERSPACE closed alpha will come with basic Oculus Rift support. Those with HTC Vive headsets will be able to use them in game's closed beta, which is scheduled for an end of July launch.

A new EVERSPACE gameplay trailer has also been released today, and you can check it out right below.

EVERSPACE is the most funded German game on Kickstarter, with 10,739 backers pledging 420,252 Euros. Following the successful Kickstarter campaign, the team reached an agreement with ID@Xbox to release the game on Xbox One. In today's press release, ROCKFISH once again thanked the team at ID@Xbox, as their support allowed the game to make its console debut on Xbox One.

“Once again we would like to thank everyone who has supported us during the Kickstarter campaign and after, not just financially, but also with their feedback and social media activities. Very special thanks go out to Chris Roberts, who sent a friendly armada of Star Citizens our way, giving us massive support at the end of the campaign. Last but not least, we would also like to thank the team from ID@Xbox, whose support will allow EVERSPACE to celebrate its console debut on Xbox One.”

EVERSPACE will launch later this year on Windows 10, Steam and Xbox One. A PlayStation 4 version hasn't been ruled out entirely, as revealed to us by the team a few months back.

Everspace: Stellar Edition Nintendo Switch Review – To Infinity, Beyond, and Back Again