If you've followed our developer interviews, you might recall that one of them was about EVERSPACE, a space shooter with rogue-like elements. 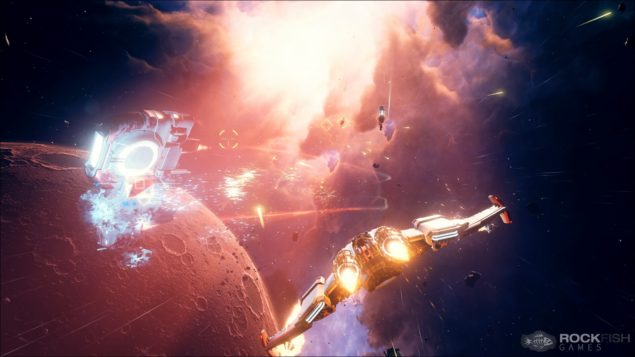 When we interviewed CEO Michael Schade two months ago, the game was targeting a PC release first with PlayStation 4 and Xbox One versions as stretch goals. Those stretch goals weren't reached, but now EVERSPACE has been confirmed for Xbox One at least, since ROCKFISH Games officially entered the ID@Xbox program.

We have reached out to Mr. Schade asking what that meant for the PlaySation 4 version of EVERSPACE. Here's his reply:

For the time being, we have a timed exclusive on Xbox One and Windows 10 but that doesn’t necessarily exclude a PS4 version after that period – there’s nothing confirmed or abandoned yet.

PlayStation 4 gamers needn't despair, then. This is usual practice - the timed exclusive period could be as short as six months, and after that a PS4 version of EVERSPACE would be entirely possible.

There's more news, by the way. The full game will launch on both Windows 10 and Steam in Q4 2016; ROCKFISH also confirmed that controller support will be available at launch on PC, which is great news especially for gamers interested in playing the game with VR devices.

Finally, the Hardcore Mode stretch goal has been unlocked by the continued crowdfunding efforts on the official site (where you can still back the game). This mode is described as extremely challenging and it will feature perma-death, just like any good rogue-like game.

Everspace: Stellar Edition Nintendo Switch Review – To Infinity, Beyond, and Back Again

EVERSPACE Closed Alpha Featuring Oculus Support To Begin This Week, Team Thanks ID@Xbox For Their Support