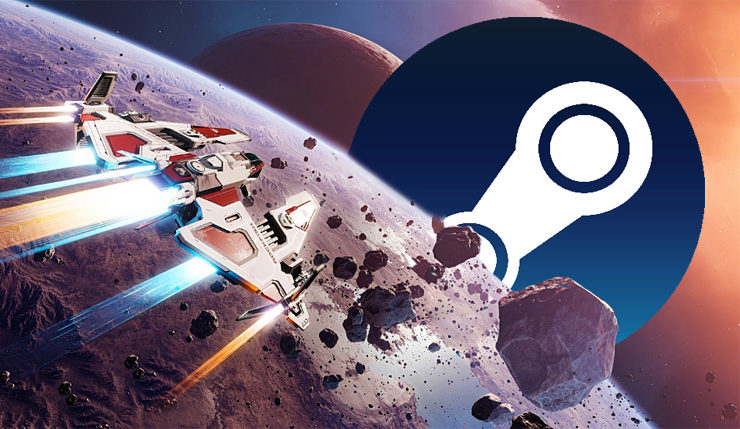 It seems almost no publisher is immune to the lure of the Epic Games Store exclusivity deal (those big cash advances are hard to turn down), but Everspace 2 developer Rockfish Games are vowing to hold out. The space shooter sequel is in the midst of a Kickstarter campaign, and then, assuming it’s successfully funded, it will launch via Steam Early Access. The game will eventually come to the Epic Games Store and other PC storefronts, but only once it leaves Early Access. In an update for Kickstarter backers, Rockfish had some rather frank things to say about publishers “breaking promises” by springing Epic exclusivity on fans, particularly when crowdfunding is involved…

Finally, we have noticed that since our last Kickstarter, things have changed quite a bit. Due to broken promises from indie devs all the way to AAA publishers, it is probably no exaggeration to say that trust in developers is at an all-time low, especially in regards to Epic Games Store exclusives of titles that were originally (co)funded on Kickstarter. Ironically, one of the main reasons why we are doing another Kickstarter is to double-down on our promise that Everspace 2 will launch on Steam first, no matter what.

Our hardcore fans are on Steam. They have already said 'Please don't do it. We just don't want it.' You don't even have to discuss whether this is reasonable or not. […] Without Epic, Rockfish and Everspace wouldn't exist, but it's the same with Steam. Without Steam, we wouldn't exist. In our case, [Epic exclusivity] doesn't make sense. We need Early Access, the full feature set, the forums, the constant updating, the whole infrastructure. Valve has the best platform, by far, to roll out a game as an independent developer. It's by far the best tools and the best communities. This is exactly what we need.

Here’s hoping Rockfish’s decision to go with Steam pays off for them. If you’d like to support what they’re doing, the Everspace 2 Kickstarter campaign is still ongoing and only about 35 funded.

Everspace 2 cruises onto PC, Xbox One, and PS4 in 2021. The Steam Early Access version will launch sometime before that.