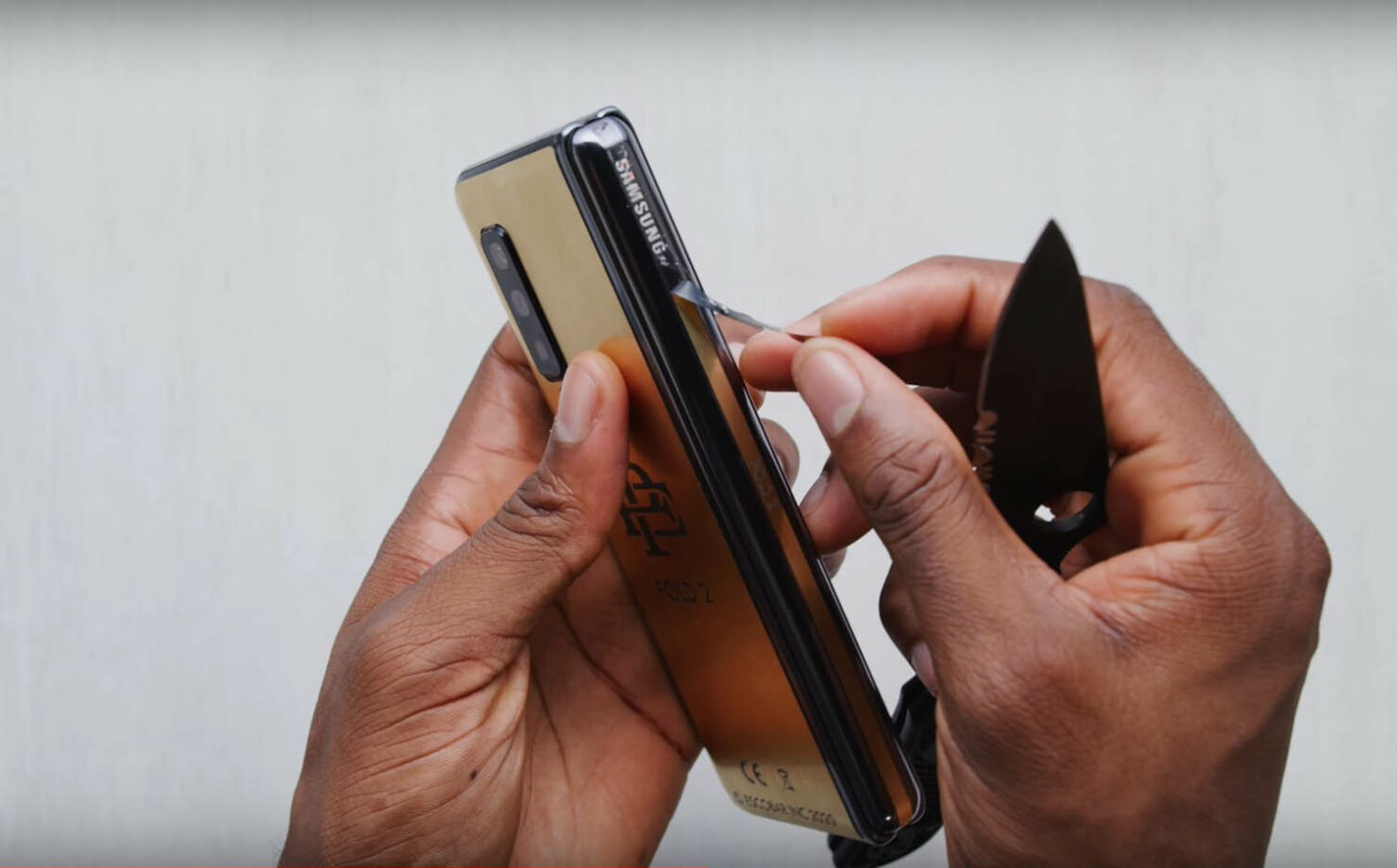 Even before popular YouTuber MKBHD got his hands on the Escobar Fold 2, it was known that it was just another Galaxy Fold with a shiny golden layer wrapped onto it. The latest video shows the clever way the handset was marketed to people with a new form factor and you’d have to agree that for $399, it was a complete steal at the time.

Online reviewer Marques ‘MKBHD’ Brownlee got his hands on an Escobar Fold 2 and to demonstrate that it was just another Galaxy Fold, he removed the gold stickers that give the foldable smartphone its embellished look to reveal its actual exterior. After peeling the stickers where the hinge mechanism is located, you can clearly see the Samsung logo.

If users don’t want to go through the trouble of removing the stickers to find evidence that it’s another Galaxy Fold, the information is present in the software only. Samsung’s One UI and familiar design were the obvious giveaways but there’s some really bad news for customers who actually made an online transaction to get one of these. According to MKBHD, the company behind the Escobar Fold 2 is only shipping units to prominent reviewers and not to actual customers who paid real money for it. 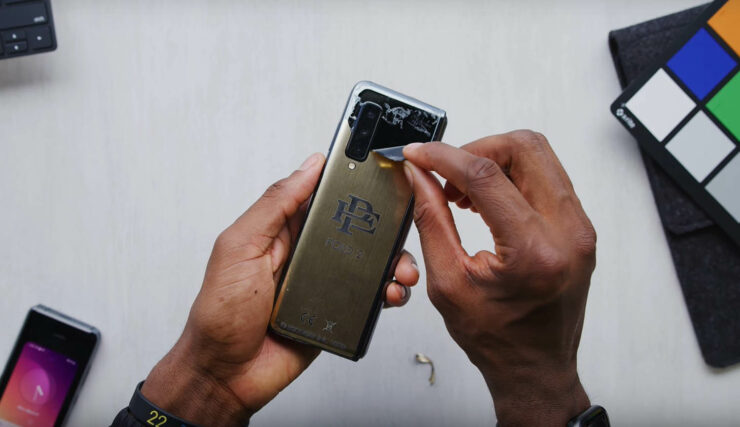 For those that want to check out the entire video to sift out the evidence, you can view it below and let us know down in the comments on what you think about the Escobar Fold 2.