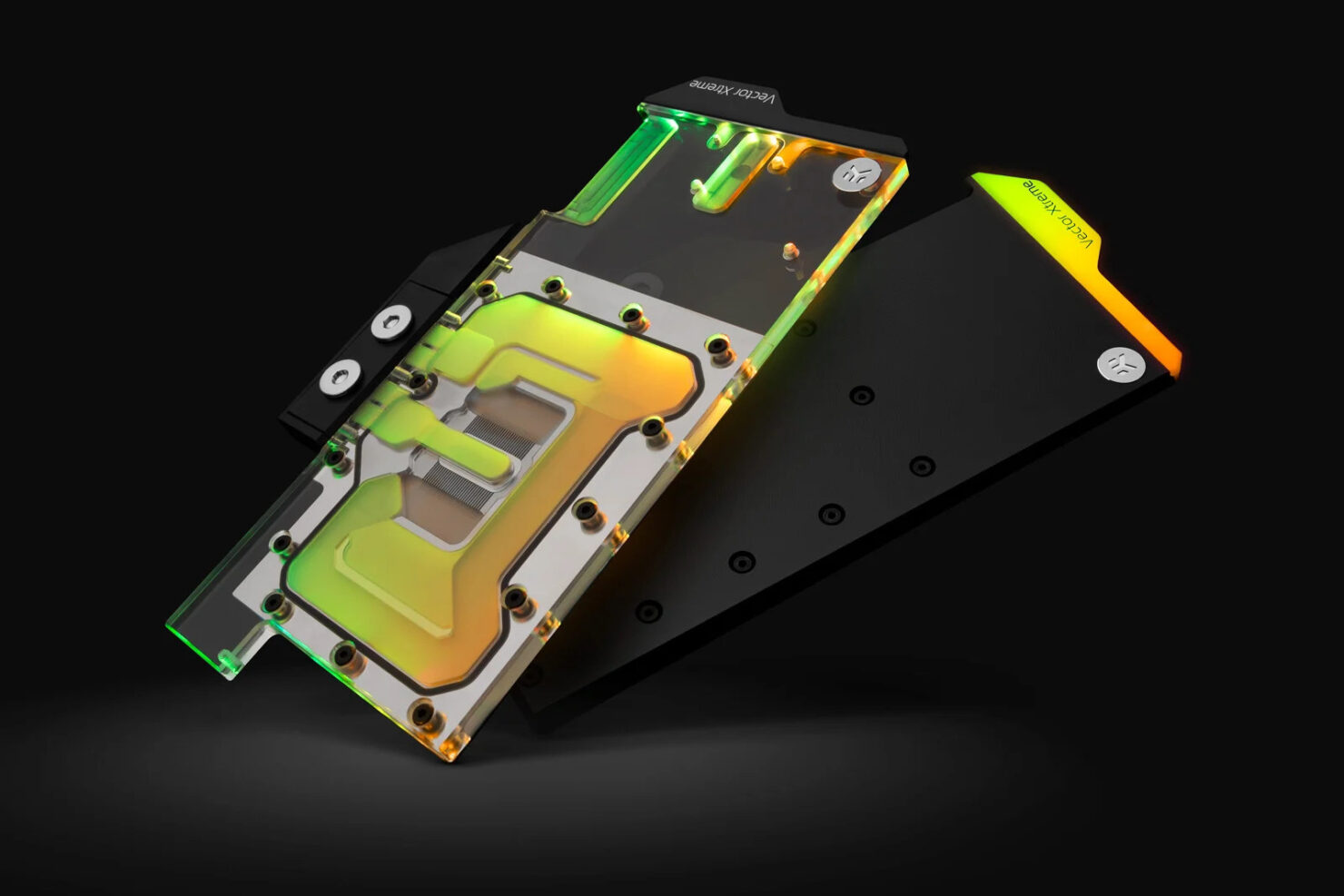 EKWB has launched the EK-Quantum Vector Xtreme RTX 3080/3090 D-RGB designed specifically for the Gigabyte AORUS Master and Xtreme models of the NVIDIA GeForce RTX 3080 and 3090.

The EKWB Quantum Vector Xtreme RTX 3080/3090 D-RGB is designed to maximize the performance of the graphics card by offering the best cooling possible. On top of directly cooling the GPU, it also actively cools the GPU core, top-mounted VRAM, power stages, and chokes in the VRM section. The cooling also has optimized flow paths to reduce hydrodynamic instabilities and vortexing within the block.

For the jet plate, EKWB has made it out of CNC-machined nickel-plated copper. The jet plate and the fin structure have been optimized to provide even flow distribution. For the top, the two options are a glass-like plexi or a black POM Acetal. Both options are CNC-machined for the highest quality design. To ensure no leaks occur, EWKB has utilized high-quality EPDM O-rings and brass standoffs are already preinstalled as well. The water block is also quite large at 150.5mm wide and 295mm long.

The block takes advantage of an open split-flow cooling engine design. The open split-flow design has a lower hydraulic flow restriction compared to other cooling engine designs. This allows for the EKWB Quantum Vector Xtreme RTX 3080/3090 D-RGB to be used with less powerful pumps or at a lower speed with more powerful pumps for quiet operation. As for aesthetics, the EKWB Quantum Vector Xtreme RTX 3080/3090 D-RGB comes equipped with 8 addressable RGB LEDs and an RGB light strip on the end piece.

The EKWB Quantum Vector Xtreme RTX 3080/3090 D-RGB is currently available for preorder. The plexi version goes for $184.99 while the acetal version goes for $179.99. Both are expected to come in stock/be delivered by May 2021. If you have an NVIDIA GeForce RTX 3080 FE, here is another cool water block from EKWB to check out.