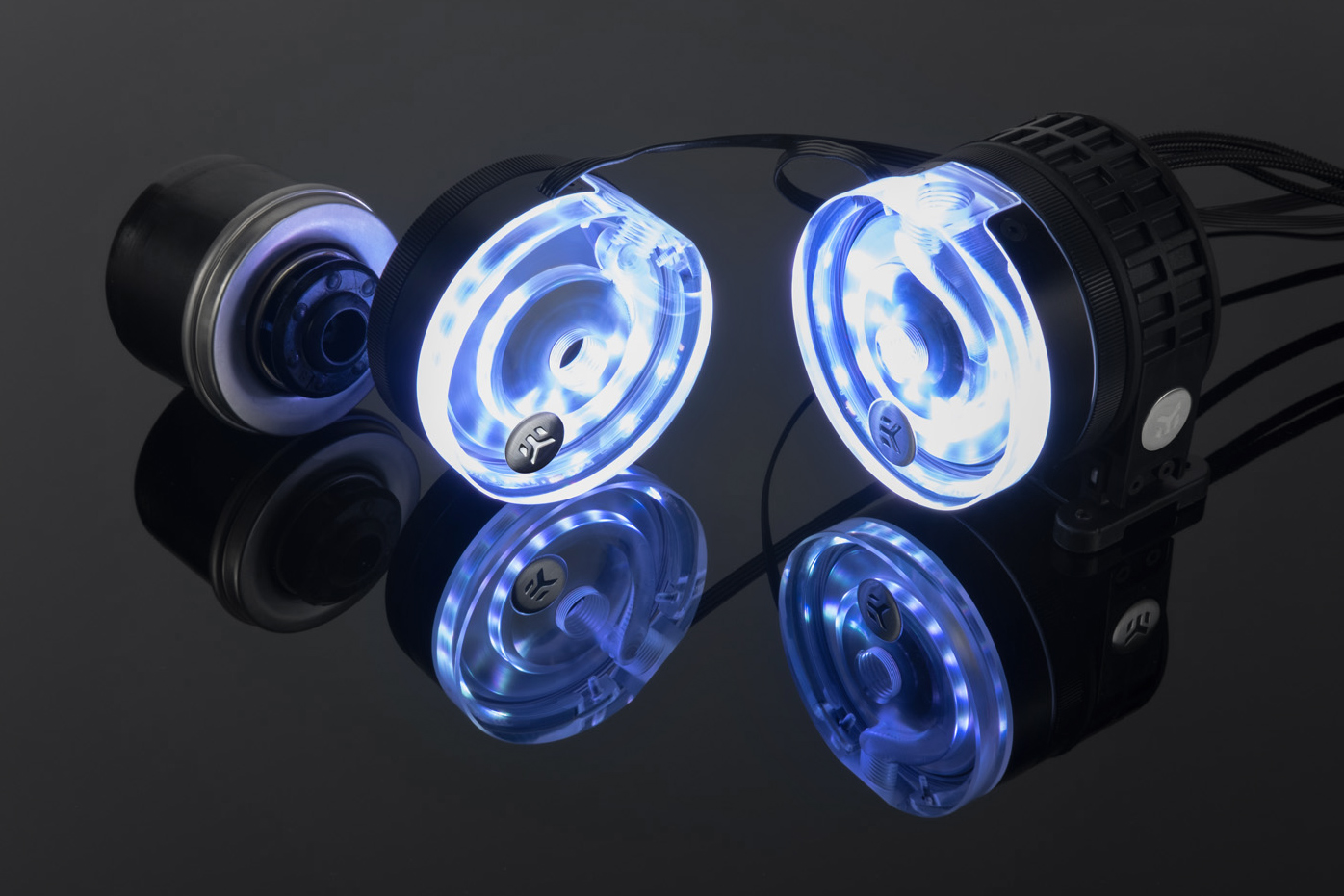 One of the leading brands in PC custom liquid cooling, EK waterblocks, will be releasing the EK-XTOP Revo D5 RGB PWM pump as well the stand-alone EK-XTOP Revo D5 RGB top to allow users to upgrade their existing D5 pump. This means the very popular and successful EK-XTOP Revo D5 PWM pump will now be available with an integrated 4-pin 12V RGB LED strip and PET black sleeving on both the PWM and power cables as well.

The products are both compatible with RGB sync technologies from motherboard manufacturers like Gigabyte RGB Fusion, ASUS AORUS, MSI Mystic Light and the simply named Asrock RGB. The arrow marking on the 4-pin LED connector is to be aligned with the +12V marking on the RGB header. You can easily remove the LED strip cover which is mounted with two screws to replace the LED strip with another type LED strip if you so desire.

The D5 pump is equipped with an electronically commutated spherical motor. In a pump with a spherical motor, the only moving part is a spherically shaped rotor which in this pump is held in place by a bearing ball made of ultra-hard and wear-resistant ceramic. The Revo D5 pump volute/body system features a fully rounded design thus offering greater usability, allowing installation at any angle within 360° of rotation. Special rubber shock absorber is used to de-couple the main pump body from the mounting clip for silent operation, free of vibration induced noise. Additionally, horizontal and vertical positioning is supported for easier tube routing possibilities.

EK-XTOP Revo D5 RGB PWM and EK-XTOP Revo D5 RGB are made in Slovenia, and it is available for purchase through EK Webshop and Partner Reseller Network. In the table below you can see the manufacturer suggested retail price (MSRP).