Edge Extensions Start Showing Up in the Windows Store, But Can’t be Used Yet

After months of waiting, Microsoft finally added support for extensions to its Edge browser in a Windows 10 Insider Preview from the Redstone branch. The functionality is yet to be fully baked though. Currently, if a user wants to try out Edge extensions, they will have to upgrade to the Insider Preview build from the Development Branch, and then side-load the extensions to Edge for them to work with the browser. In July, Microsoft plans to release the Anniversary Update bringing support to Windows 10 Insiders to directly download extensions without having to side-load them. 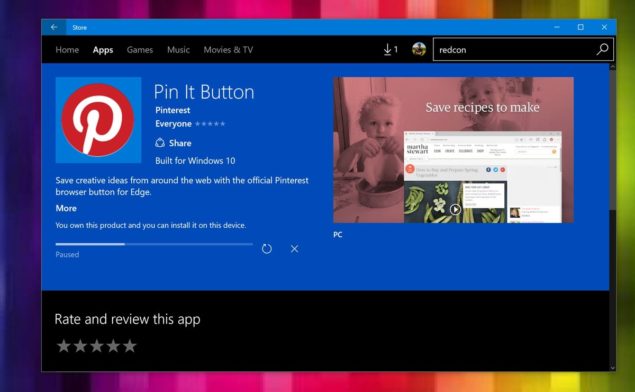 Edge extensions appear in Windows 10; can't be used yet

Edge extensions have remained one of the most requested features in Windows 10. Extending a browser's functionality, these little snippets help in getting work done with more ease. While Google and other browsers have a strong support system for extensions where you can find an extension for just about any app and site, Microsoft's Edge is still trying to get there.

Microsoft plans to offer full support for extensions in Microsoft Edge with Windows 10 Anniversary Update which is also expected to debut the one-click install process from the Store in July. While we will have to wait until July to easily download and use Edge extensions, the next Preview build could bring support for the already available extensions, helping them work as they should.