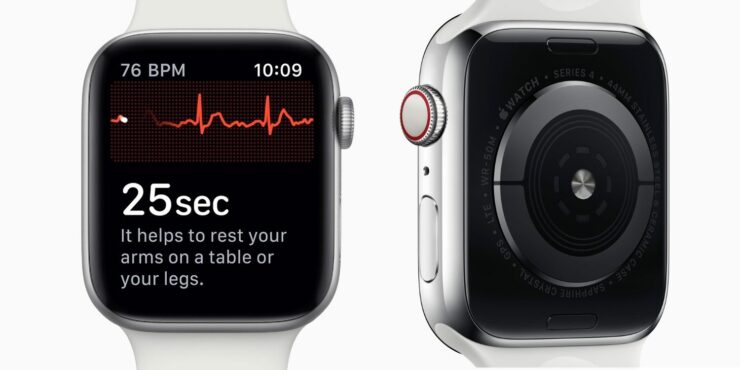 The ECG app is exclusive to the Apple Watch Series 4 and can reveal if your heart rhythm shows signs of atrial fibrillation (also known as AFib). AFib is considered as a common type of irregular heartbeat and can be a major risk factor for stroke. This means that the ECG feature can potentially be a lifesaver for a lot of wearers, but the same sentiment and beliefs are not shared by cardiologists, who have provided their opinion on the matter.

A few cardiologists were consulted by CNET, and while they do state that AFib is a problem, it is unlikely to be found on Apple Watch Series 4 owners. According to the statistics, CDC estimates that AFib affects somewhere between 2.7 million and 6.1 million U.S. citizens, but the majority of those people are over the age of 65. CBC also comments that about 2 percent of people younger than the age of 65 have AFib and that only maybe 1 percent of the population may have undiagnosed AFib.

Often times, AFib incidents are brief, cause no symptoms and may not require treatment. As a summary, this means that if a person is young, healthy and has not experienced or diagnosed health problems, using the ECG feature exclusive to the Apple Watch Series 4 might not be all that beneficial. That still doesn’t change the fact that on several occasions, the feature that cardiologists believe isn’t advantageous to have, has alerted people of various age groups, who might not have known about heart issues in the first place.

Venkatesh Murthy, an MD, and professor of preventive cardiology at the University of Michigan believes that 90 percent of irregular rhythm alerts in younger groups are false alarms. This means that the young and healthy demographic who continue to purchase the Apple Watch Series 4 for the ECG feature are likely to be at the risk of over-treatment, with unnecessary worry giving them unwanted stress over a problem that might not even exist.

However, this isn’t disregarding the benefits of having ECG in a wearable, and these cardiologists believe that it can become a useful tool for those that have AFib. However, experts still think that Apple’s latest smartwatch has limitations, but that only opens up a massive room of improvement where technology and health can merge together and create new, exciting products in the future.