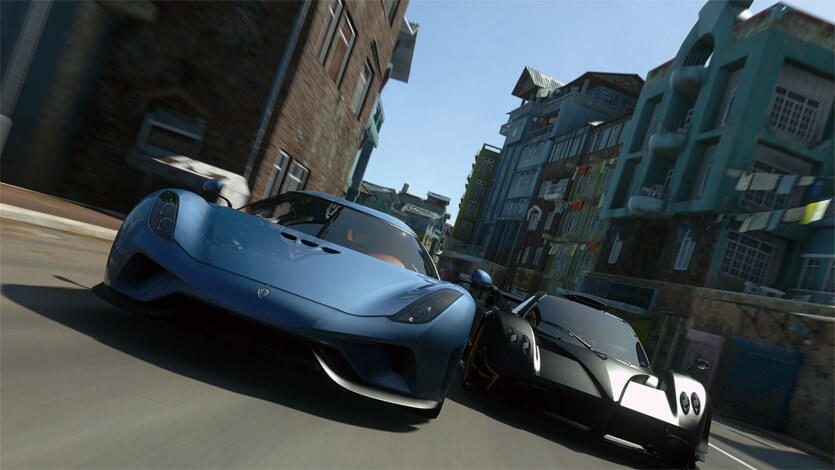 Evolution Studios, the developer of the original Driveclub, is no longer working under Sony since earlier this year, but it seems like work on the VR version of their PlayStation 4 exclusive racing game has been proceeding smoothly, as it will be among the PlayStation VR launch titles in Japan.

Earlier today, a post on the Japanese Official PlayStation Blog confirmed that Driveclub VR will be among the PSVR titles that will be made available in Japan on October 13th. According to the post, the new version of the game will offer a realistic first person cockpit view and 3D audio. According to Evolution Studio's Paul Rustchynsky, the game is also going to feature a collection of brand new tracks. The North American and European release dates have yet to be confirmed, so we should expect some additional details about the game very soon.

As already mentioned, a few months ago Sony shut down Evolution Studios, with the Japanese company promising to reallocate people onto other projects.

Evolution has been an important part of SCE Worldwide Studios for over 10 years – working on ground-breaking racing titles like WRC, Motorstorm and DRIVECLUB.

This decision should not take anything away from the great work that Evolution has produced.

Thankfully, it didn't take long for Evolution Studios to get back on their feet, as the team joined Codemasters to create a "UK racing powerhouse".

The success of F1™ 2015 and DiRT Rally over the last 12 months has re-positioned the company for growth. The addition of the Evolution team to our studio group will allow us to scale our business and strengthen our leadership as the world’s premier racing game developer. I’m thrilled to have Mick Hocking join Codemasters as VP of Product Development. His experience in building AAA IP and leading great teams made him a natural choice to head the development of all of our products. I am equally thrilled to welcome his talented team to the Codemasters family and I look forward to the great games and brand new IP we will develop together.

Driveclub VR launches in Japan alongside the PlayStation VR on October 13th. More on the Western release should be coming soon, so stay tuned for all the latest news.