Driveclub is Sony's upcoming most anticipated PlayStation 4 exclusive racing video game title. Developed by Evolution Studios, Driveclub provides on-track real racing experience to the players but it is not classified as a racing simulator like Sony's own Gran Turismo series. The developer has not revealed Driveclub release date yet but it seems like an official announcement is coming soon. 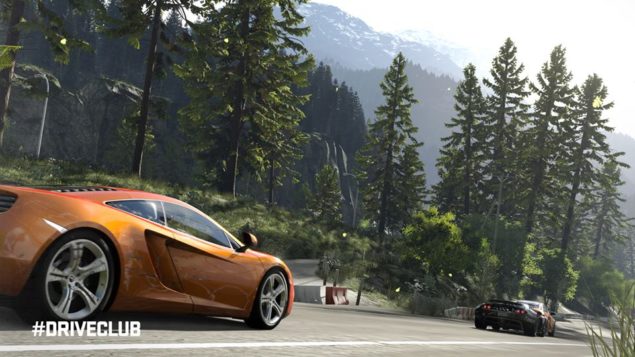 Socially connected racing video game Driveclub is one of those PlayStation 4 exclusive titles that players are eagerly waiting for. The game was set to release last year along with PlayStation 4 console but the developer pushed the game back to 2014 saying that the game needed more detailing and polishing. Sony Worldwide Studios boss Shuhei Yoshida himself is considered to be a great fan of the game and he reassured the players at certain stages that the game will be nothing less than a wonder.

Evolution Studios did not reveal a specific Driveclub release date after delaying it to 2014. Also, other than promising its magnificence, both the developer and publisher did not reveal much details and information about the game. However, E3 is closing in and a post on the game's official Facebook fan page says that Driveclub release date, full game details and new videos can be expected in coming weeks. This most probably means the developer is planning to reveal some heavy details about the game at E3 (If not earlier).

"We know you want news about DRIVECLUB. We are going to bring you up to speed with a full #DRIVECLUB update soon, because we are immensely proud of how the game is developing and we’re confident you’ll see why when we show you more.

We are also really grateful for your ongoing support and enthusiasm. Your comments, tweets and emails are a huge source of motivation for the team and you keep us fired up and working hard to achieve our ambitions for the game.

Expect an official release date, full game details and new videos in the weeks to come. We'll be here to take questions and to chat to you too, so share a message with us and keep following for more updates. We're looking forward to showing you more!"