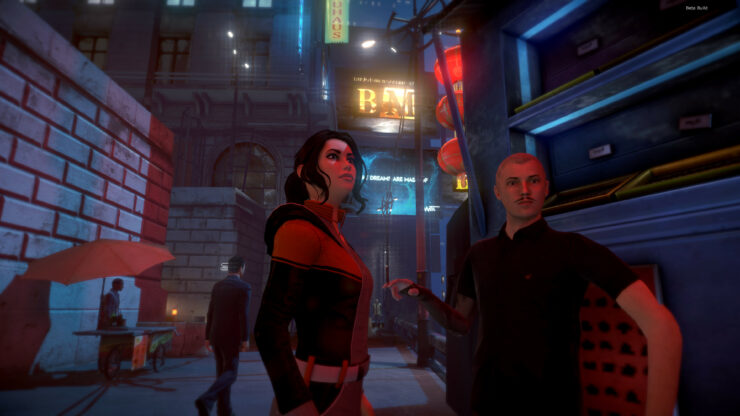 Dreamfall Chapters is still the 22nd most funded video game on Kickstarter. Renowned game designer Ragnar Tørnquist left Funcom to create Red Thread Games with the specific purpose to create the third installment in this beloved series of adventure titles, after The Longest Journey and Dreamfall.

Dreamfall Chapters adopted an episodic model, with Book Five (the last one) released in June 2016 for PC. Now Red Thread is about to launch a Final Cut version of the game on PlayStation 4 and Xbox One, and we've talked with Ragnar on a wide variety of topics starting with the console ports - including the likelihood to see Dreamfall Chapters on the Switch.

Which frame rate and resolution targets did you set for the original PlayStation 4 and Xbox One consoles?

We’re targeting 30 FPS. This isn’t a shooter or a racer, so we feel that provides the best balance between visual complexity and performance.

What do you think about these mid-generation hardware refreshes (PS4 Pro and Xbox Scorpio)? Are those more of a hassle or an opportunity for a studio like Red Thread Games?

We’re very excited about the hardware refreshes, although we haven’t gotten our hands on the Scorpio yet. For developers, it’s really positive that both Sony and Microsoft upgrade their platforms over time — it makes it easier to make multi-platform titles, and it increases the overall audience for our games.

We’ve enhanced Dreamfall Chapters for the PS4 Pro, with better frame rate and higher resolution, and that was a surprisingly painless process. Of course, even though the Pro version looks slightly better, in all other respects the base PS4 version is the exact same game, so no one’s losing out.

Dreamfall Chapters runs on Unity, which now has official support for the Nintendo Switch. What's your opinion of Nintendo's latest console and what are the odds of a port later down the road?

I bought a Nintendo Switch as soon as I could get my hands on it — “for my daughter”. We’ve been playing a ton of Zelda and we just got Mario Kart 8, which is amazing, of course.
The Switch is great, particularly as a handheld device — I haven’t even connected it to the TV yet — but I don’t think we’ll be porting over Dreamfall Chapters. It would require a ton of work and it may not be well suited to the Switch. We’re definitely evaluating the console for our next projects, however.

Check back soon to read the full interview with Ragnar as well as our review of the game.