Persona 5 was a mighty fine JRPG from the creative teams at Atlus that we played through not just once but twice, a surprising feat for a 100-plus hour role-playing game. After all was said and done and another god was rejected, one might think the story wrapped up nicely. The upcoming release of Persona 5 Strikers, nearly a year after it was released in Japan as Persona 5 Scramble: The Phantom Strikers, goes to show that there's still plenty of story to tell in this tale of high school life and thievery. Don't expect the same tried and true turn-based combat that the Shin Megami Tensei series is largely known for. Persona 5 Strikers is an action RPG built with some help from the team behind the long-running Dynasty Warriors franchise.

Hot off the heels of the recently expanded release of the original Phantom Thieves of Hearts' adventure in Persona 5 Royal, this proper sequel gets players a chance to hang out with Joker's crew for one more month in Tokyo while trying to solve another mystery that could a world-ending apocalypse if they aren't careful. This time around, Joker's crew will hit the Shibuya Scramble and beyond as they take a summer road trip in Persona 5 Strikers.

It's summertime, perfect for barbecues, road trips, and the beach. For the Phantom Thieves of Hearts, they might be able to get all to hang out once again and do all three, whether they planned on it or not. After dealing with God in Joker's final year of high school, it seemed like things were starting to get back to some semblance of normalcy, now that there aren't any hearts in need of changing. Unfortunately for them, that quiet was soon to be short-lived as the crew faces another sort of trouble: peoples' desires being stolen away from them.

As social networking and a virtual assistant known as EMMA grow in popularity alongside the rise of mysterious crimes popping up around Tokyo, there's only some concern of the two being linked together. After popping by a meet-and-greet for an up and coming idol in Shibuya, Joker's given a calling card that offers up a keyword to become said idol's friend on EMMA. However, upon entering that keyword, the crew are transported back into an alternate side of Shibuya, much as the Metaverse controlled much of Persona 5's version of Tokyo. It's here that the team learns that the world they're seeing consists of Jails and the Monarchs who rule over them are the ones that need to be defeated in order to free the desires of the masses and relinquish hold on the common folk. Thankfully Joker and the Phantom Thieves of Hearts have a little bit of experience with this sort of thing.

Joker's summer vacation won't just be limited to Tokyo and the boroughs of Akihabara, Shibuya, and Shinjuku like they were in the first game. Thanks to a loaner camper from persona 5's Hierophant confidant, the team is able to venture out from city to city, rooting out evil, busting up jails, and freeing the desires of the people. While this is a one-way trip, there's plenty of sights to see and reasons to revisit jails time and time again for sidequests or to go smack some shadows around for some extra spending cash.

Persona 5 Strikers picks up only a few months after the events of Persona 5, eschewing the third semester of Persona 5 Royal and existing as though Kasumi and Dr. Maruki were never confidants of the team to begin with. As such, the game doesn't waste any time explaining the dynamics of the Phantom Thieves of Hearts or who any of these people are, let alone Joker's wildcard ability to summon different Persona as he acquires their masks. Because of this, Persona 5 Strikers is a rough entry point if you're looking for Atlus' next great action RPG and you're certainly better off playing Persona 5 first (which just so happens to be a part of the PlayStation Plus Collection on PlayStation 5 if you haven't redeemed it yet).

While Persona 5 Strikers looks like your typical Dynasty Warriors spinoff in screenshots, in practice it's very much a different style of action RPG. Rather than the hundreds at once style of mass combat that Omega Force is known for crafting, the combat encounters in Persona 5 Strikers are much more manageable, with only a handful of enemies at once and no more than 15 or 20 nameless peons standing in your way at a given time. The combat takes the standard light and heavy attacks of a Warriors title and chains them together between the player's attacks with heavy attacks summoning your Persona for a combo ending attack. By holding R1, you can freeze time select one of the Persona's spells and physical attacks, most of which strike over a small area instead of only hitting a single opponent. Continuously striking an enemy's weakness or landing a critical hit will chip away at their Down gauge, allowing the player to do a massively damaging All-Out Attack alongside the three fellow party members and with how HP spongy some enemies can be, you'll have to land a few of these in order to finish a boss fight.

While the player only controls one character at a time, they can be swapped between one another on the D-pad in a Baton pass, giving the new character a temporary enhancement to the speed that their unique special attack fills up. If this sounds like a lot to take in, you're not alone. Somehow Omega Force found a way to add in nearly every combat mechanic from Persona 5 and add it into a Musou without overloading the player with too much information. Unfortunately, it's because of the reliance on some of these systems (especially All-Out and Showtime Attacks) that fights can feel a bit drawn out with attacks feeling like they only perform a minimal amount of damage.

Fights themselves are broken down into discrete battles and you'll always see the enemies standing around throughout the dungeon, giving the player the opportunity to sneak up on them for an Ambush attack, use one of the environmental objects to dash in, or if you aren't paying much attention, get ambushed by the enemy and start the fight knocked down with the jail security levels raising up, mirroring what the Phantom Thieves of Hearts had to tackle in their first adventure. However, that threat of the security levels reaching its limit and kicking the crew out of the dungeon doesn't hold the same weight as it did the first time around. If the player gets booted out, there's no lost day or imminent threat of a game over. Instead, they can just jump right back in with fresh HP and SP and continue from the last checkpoint.

Joker's ability as a Wildcard to summon multiple Persona is well utilized in Persona 5 Strikers, giving him the ability to swap out his current summon and changing his elemental affinities/weaknesses on the fly and granting a new finishing move to his combos. Persona 5 Strikers still features a similar fusion system to the mainline Persona 5 but with a couple of added tweaks that I'd love to see added back into the main franchise. On occasion, Joker will defeat enemies that leave behind a mask that can later be used in the Velvet Room to summon a new Persona. If he already has one in his inventory, that will be converted to Persona Points that can later be used to invest in a quick XP boost or stat increase for his Persona. The other part of that is that if you come across a Persona that you're already traveling with, you'll gain the ability to summon them for free from the Inmate Registry in the Velvet Room. Secondly, you can freely swap around any skills that a particular character/Persona has learned in the party menu, leaving no chance to regret accidentally discarding a lower rank healing spell or passive ability that you thought you'd no longer need.

The presentation of Persona 5 Strikers closely mirrors that of the original RPG its based upon, with the style and flair still looking great the second (or third) time around. The whole UI is filled with a graffiti aesthetic and style unlike anything else. In addition to the great designs, the music has been given some overhaul thanks in part to the sound team at Koei Tecmo. Some of the iconic Persona 5 battle themes like Last Surprise have been given that signature Warriors rock riffing that keep the party motivated. Unfortunately, there are some negative points to the presentation and they'll be immediately glaring once you boot up Persona 5 Strikers for the first time. No matter the console or performance/graphics mode, everything outside of the UI is incredibly rough around the edges and greatly in need of even a light amount of anti-aliasing. Even outside of combat and chilling back in the camper for a pre-mission debriefing, the jagged edges stand out like a sore thumb on PlayStation 5's PS4 backward compatibility mode.

Persona 5 Strikers is a really solid sequel that Persona fans shouldn't miss just because it isn't a turn-based JRPG. What Koei Tecmo and Atlus have put together is a solid follow-up to one of the best JRPG's on PlayStation and created a sequel that fans should appreciate for themselves. There are some issues with the performance that don't hold up well but Persona 5 Strikers is certainly worth checking out if you're waiting for the next big Shin Megami Tensei title to drop. 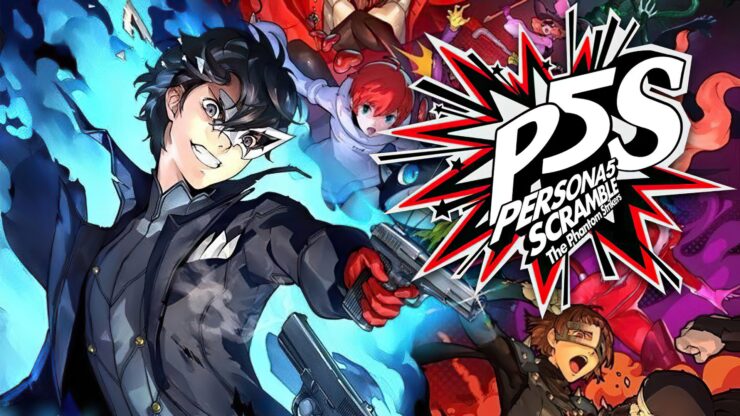 Persona 5 Strikers is a fun sequel that builds off the first year of the Phantom Thieves and might be the kind of action-packed sequel that only true fans of the original Persona 5 will desire for.