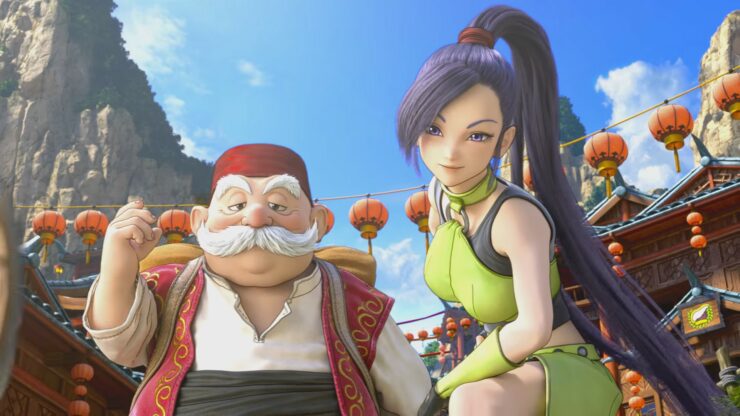 PC ports of console games can be hit and miss. Square Enix often releases some great ports, such as Final Fantasy XII: The Zodiac Age and Final Fantasy XV Windows Edition, but the Japanese publisher also released the Nier Automata port last year, which hasn't been updated at all since release. The mistakes that happened with the Platinum Games developed title, however, won't happen with Dragon Quest XI.

Speaking with US Gamer, Assistant Producer Hikari Kubota talked about the struggles of the Nier Automata PC version development, stating that they are now aware of potential issues that may arise.

We're in close contact with one another on a daily basis, and so everything that the Nier experienced has been shared with our team. I've been informed of the struggles that Nier had with deploying some of the updates. Right now we are aware of certain points that we should look for when we do release Dragon Quest XI for Steam.

Kubota also confirmed that Dragon Quest XI PC won't be a straight port of the PlayStation 4 release, as the game will include some additional features and settings not found on consoles. Native 4K support on PC has also been confirmed.

Yesterday, we have learned why Dragon Quest XI launches on Nintendo Switch later. As the game has been developed on an older build of the Unreal Engine, the team has to wait for an update.

It’s true that the Nintendo Switch version is under development at this moment in time. Specifically with regards to the development, this game was developed on the Unreal Engine, but the version for Unreal Engine needs to be updated, I suppose, in order to support Switch. In that sense, the development is still expected to take a very long time. It’s still a long ways out.

Dragon Quest XI launches on PC and PlayStation 4 this September. The game will release at a later time on Nintendo Switch.