Final Fantasy XII: The Zodiac Age doesn't feature any story differences from the original release. Set in Ivalice, the same world of the Final Fantasy Tactics series, Final Fantasy XII stars Vaan, a young street urchin living in the capital city of the Kingdom of Dalmasca, Rabanastre, as he slowly realizes his dream of becoming a sky pirate and traveling the world. In his quest, he gets acquainted with Ashe, the young princess of Dalmasca, who is doing everything in her power to rebuild the kingdom, which is controlled by the Archadian Empire. Accompanying them on their journey are Penelo, Vaan's closest friend, the sky pirates Balthier and Fran, and the disgraced Dalmascan knight Basch, who was present at the fateful moment when the kingdom fell together with Reks, Vaan's older brother. 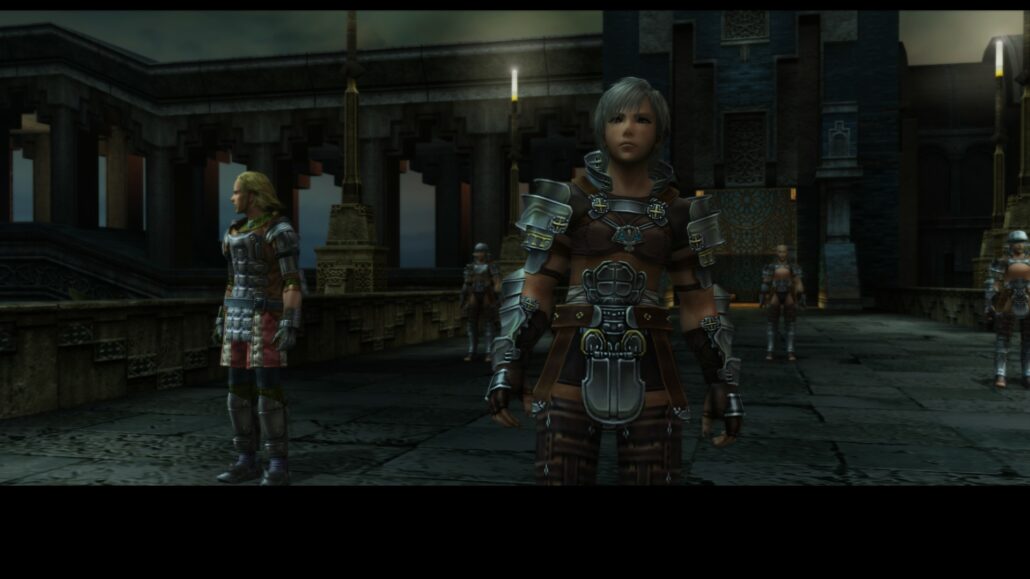 Final Fantasy XII's story is one of the most controversial features of the game. Written by Yasumi Matsuno, the story comes with some of the themes that have already appeared in previous games created by the Japanese game designer, such as a strong focus on political themes and how the party influences the larger events happening in the world. Sadly, Matsuno left Square Enix in the middle of development, and it shows clearly in the story, becoming completely unfocused at around the middle portion of the game. Things do get better before the end, especially after the introduction of Dr. Cid, but there are a lot of missed opportunities. The same goes for characters: Balthier, Fran, and Ashe are well developed, albeit a bit on the tropey side, while Vaan, Penelo, and Bash feel more secondary characters, which is baffling, considering that Vaan is the main character. Villains aren't developed properly as well, with only Vayne coming out as interesting. Despite these issues, the Final Fantasy XII: The Zodiac Age story is still interesting and enjoyable, especially thanks to the incredibly solid localization handled by Alexander O. Smith, only that it's a shame that things turned out this way, as it could have been so much more.

Where Final Fantasy XII: The Zodiac Age truly shines is in its gameplay experience, which was unlike anything seen in JRPGs at the time. Gone is the world map, like in Final Fantasy X, with the party traveling between cities and dungeons through big fields filled with treasure chests and monsters. The battle system has also been completely revamped from previous entries, taking a page from the Final Fantasy XI book. While traveling around the world on the field and dungeons, players can see enemies and avoid them if they so prefer. When enemies are engaged, players have the choice of giving commands to all three characters, to some of them or none at all, letting the AI do all the battling. The AI is governed by the Gambit system, which allows players to decide how characters should behave depending on the situation, such as heal when a character HP falls below a certain threshold and so on. The Gambit system is very well realized, allowing players to truly control the flow of battle even without issuing commands to characters. At the same time, this is one of the strongest criticism that has been directed at the game, as it's possible to just let the AI do all the dirty battle work without any input from the player. This is only half-true, as select boss battles require players to adjust their strategy constantly, something the Gambit-driven AI cannot do. Some of these boss battles, which can that take way too much time, are also less of an issue in The Zodiac Age, thanks to the ability to speed up the gameplay.

A big issue found in the original Final Fantasy XII release is the character progression system, called the License Board, an evolution of the Sphere Grid system found in Final Fantasy X. By using License Points, acquired by defeating enemies, characters can unlock Licenses that allow them to equip certain items, use certain abilities and spells, and unlock Summons and Quickenings, special Limit Break-like attacks specific to all characters. In the original release, all characters came with the same License Board, not counting Summons and Quickenings, making it so all characters could do the same things at the end of the game. Final Fantasy XII: The Zodiac Age improves the system considerably, introducing 12 different License Boards tied to specific Jobs such as Knight, Hunter, White Mage and so on. Each character can pick two different Jobs, giving players more customization options without resulting in characters that can do anything.

Talking specifically about the PC port, it's safe to say that it's truly the definitive version of the game, as it includes some features not found in the PlayStation 4 release, such as soundtrack quality option and New Game + available from the very beginning, the Cheat options that include infinite License Points and Gil, allowing for quick playthroughs and a 60 FPS options, which doesn't alter gameplay in any way, but makes everything look so much better. Video Quality options include resolution change, V-Sync, Frame Rate limit, Anisotropic Filtering, Water Shaders, Shadows resolution change, Character Self-Shadowing, Anti Aliasing options, Ambient Occlusion, Depth of Field, Glare, and Soft Particles, which all work as intended. Keyboard rebinding is also available, adding more customization options that make the game more enjoyable even without a controller.

Final Fantasy XII: The Zodiac Age is an excellent remaster of one of the most unusual entries in the Final Fantasy series, and the PC version manages to make it even better, thanks to some additional options. At its heart, the game is not much different from the original release, so those who didn't like the offline MMORPG like approach will not change their opinion on it. Those who have loved the game, however, will love it even more.

Review code provided by the publisher. You can purchase the game on Green Man Gaming. 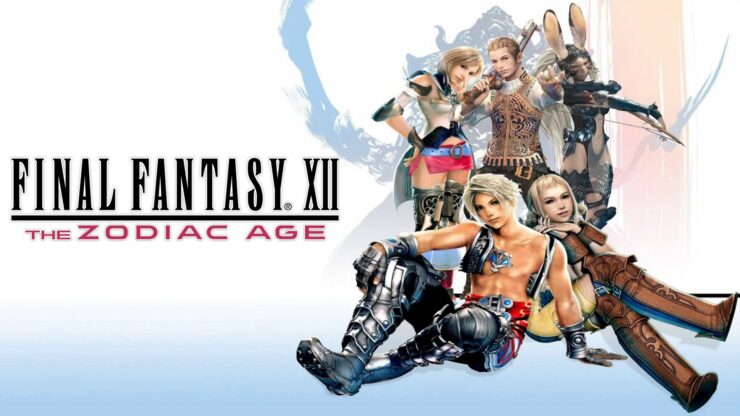