iOS 8.3 has just been released by Apple to iPhone, iPod touch and iPad users across the world, and provided your device is compatible with iOS 8, you can dive straight in. 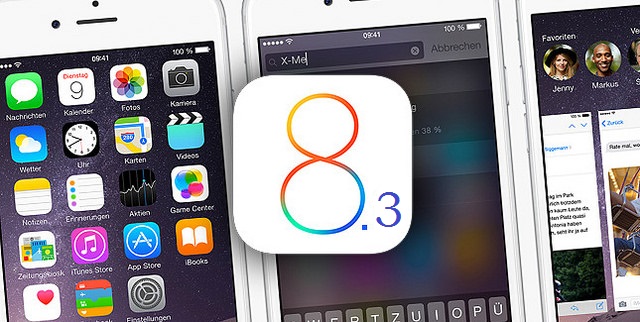 Having passed through a series of developer-only betas before being added to the public beta system, iOS 8.3 is ready to go, and includes its fair share of features.

Siri now supports a broader array of languages, including Russian, Danish, Dutch, Thai, Swedish, Turkish and Portuguese, while over 300 new emoji icons have also been added. As we saw in the beta build-up, emoji has been diversified considerably, and if you can't resist the odd smiley face (or finger gesture) when conversing with your buddies, you'll love iOS 8.3.

Away from Siri and emoji, Apple has made sure to provide a good lot of bug fixes. iOS 8.2 sparked a lot of complaints on Apple's official forums, with seemingly no end to the list of problems, and iOS 8.3's list of fixes is perhaps the longest we've ever seen from an iOS update.

You can grab iOS 8.3 over-the air by going to Settings > General > Software Update on your device.

If you wish to download the update manually and install through iTunes, here are the direct links to each and every build of the new iOS 8.3 software.

If you would like to jailbreak in future, or are already jailbroken, please do not update to iOS 8.3. Since no jailbreak was released for iOS 8.2, it's likely that any future jailbreak progress will cover both iOS 8.2 and iOS 8.3, but until such time as TaiG or another group makes an announcement, it's recommended that you stay put and don't leap to iOS 8.3 too hastily.

Should you go ahead and download iOS 8.3 for your device, please share your initial impressions in the comments section below.