It is finally here. iOS users around the world can download iOS 6.1 firmware on their iPhone, iPad and iPod touch devices. The much awaited iOS firmware update from Apple is finally here. It comes with a lot of improvements as well as much needed bug fixes. After waiting for what feels like eternity, users can now immediately download iOS 6.1 firmware on their supported devices. 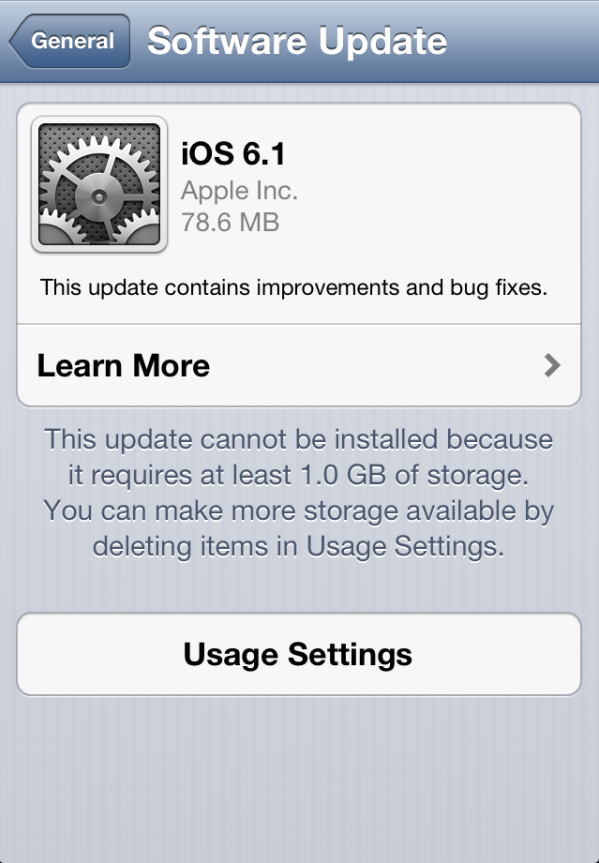 Yesterday Apple seeded iOS 6.1 beta 5 which was not exactly a conventional beta. It had no expiry date as beta versions have and did not require a developer account to be installed. It was a subtle hint that iOS 6.1 firmware was going to drop soon. So it did. Finally we can download iOS 6.1 firmware, for which we have waited patiently for quite some time now.

On the face of it iOS 6.1 does not come bearing any new features. However it brings a lot of improvements as well as essential bug fixes. Siri has been greatly improved in iOS 6.1 and it comes with a new Voice Dial Only switch which limits the automated personal assistant to making calls only. The set up wizard has also been improved and will now configure Apple ID for iMessage and FaceTime, though you won't see the wizard until you completely wipe your device before you download iOS 6.1 firmware.

The iTunes Store now comes with the ability to download content over 3G or 4G LTE networks if Wi-Fi is not available. Proceed with caution here, if you don't have a enormous data plan this option could rack up a huge data bill for you. The Passbook app comes with a new sample card and there's added support for LTE from an additional 36 networks. Support for downloading individual songs from iCloud has also been added for iTunes Match users.

The most notable improvement you will notice after you download iOS 6.1 firmware is that of the Apple Maps application which has been greatly criticized for its horrendous performance. Apple has worked a lot on bringing it up to the standards that can be expected from the company. There are two ways to download this new update. You can either update over-the-air from the Settings.app or you can manually download iOS 6.1 IPSW for your device from the links provided below.

Update: Download iOS 6.1.3 now as it is the latest iOS firmware update for iPhone, iPad and iPod touch. Not only that, it fixes a lot of bugs in iOS 6.1 that users reported.