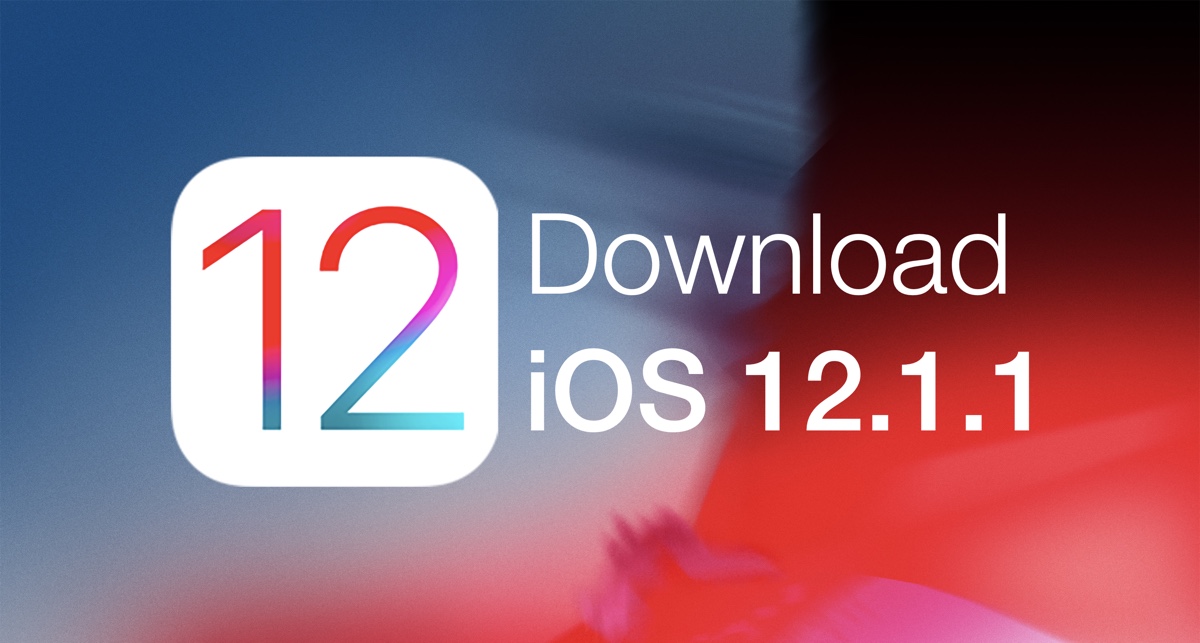 You can now download iOS 12.1.1 final version for your iPhone, iPad or iPod. As usual the update is available over the air and here's what is new.

iOS 12.1.1 is Primarily a Bug Fix Release But Highly Recommended for All Users

Let's get the obvious out of the way first. You want to know what's new in iOS 12.1.1? Here's the complete changelog straight off an iPhone XS Max.

iOS 12.1.1 adds features and fixes bugs for your iPhone and iPad. Features and improvements include:

- Notification preview using haptic touch on iPhone XR
- Dual SIM with eSIM for additional carriers on iPhone XR, iPhone XS, and iPhone XS Max
- One tap to flip between the rear and front-facing camera during a FaceTime call
- Live Photo capture during one-to-one FaceTime calls
- The option to hide the sidebar in News on iPad in landscape orientation
- Real-time text (RTT) when using Wi-Fi calling on iPad and iPod touch
- Stability improvements for dictation and VoiceOver

This release also adds features and fixes bugs for HomePod including:

With that done and dusted let's get to the part where you see yourself downloading the update. First and foremost, the update isn't that big, which means that doing an over the air install is the right route to take. It's as simple as connecting to WiFi, then going to Settings > General > Software Update. Just tap on Download and Install and you'll be up to speed in no time. If you have Automatic Updates enabled for software updates then it's highly likely that the update will be installed for you overnight if not immediately.

You have the option to perform a clean install of iOS 12.1.1. Take this route if your current installation is feeling extremely slow and you're running into a wide variety of problems. Simply download the IPSW file from the links provided below and then follow the clean install guide posted here: How to Clean Install iOS 12 on iPhone, iPad, iPod touch [Detailed Tutorial]

I will not recommend going for a clean install for an update as small as iOS 12.1.1 as you will be forced to take a backup of your device and then restore it later on. However, if you've made your mind up already, it won't hurt to give it one more thought before launching iTunes and connecting that Lightning or USB-C cable.

If you upgraded to iOS 12.1.1, let us know how your experience is with the update so far in the comments section below.