Sign Up For iOS 10, macOS Sierra Public Beta – How To 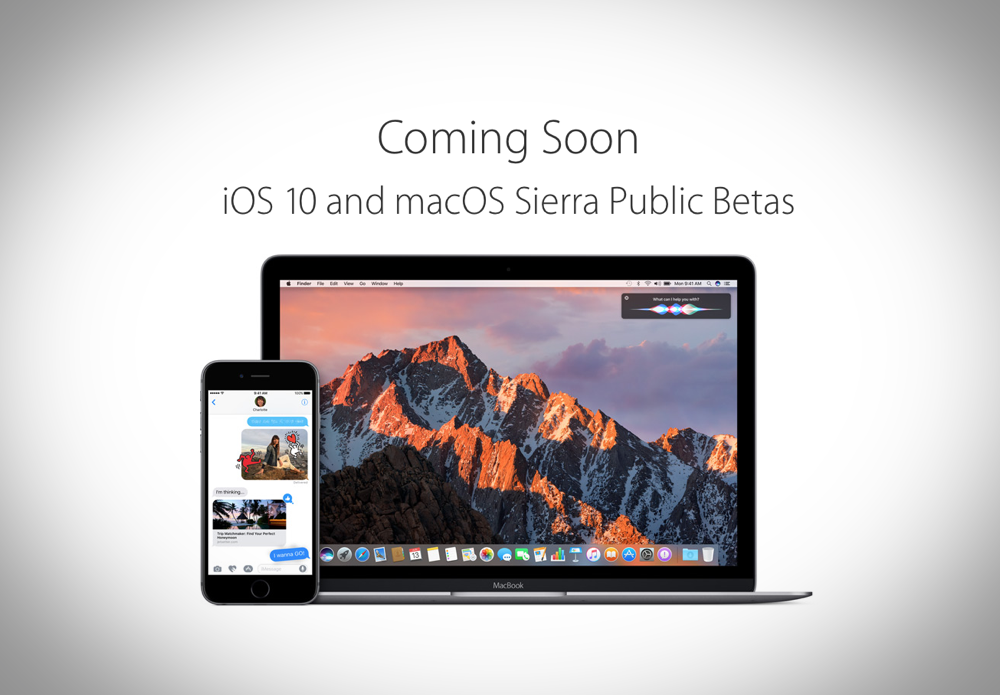 Here's how you can sign up for iOS 10 and macOS 10.12 Sierra Public Beta builds right now.

Public Beta Of iOS 10, macOS Sierra Goes Live In July - Here's How You Can Sign Up Right Away

Today, Apple announced a barrage of software which will be available for consumers later this fall. But developers can get their hands on the first pre-release bits immediately, with iOS 10 beta and macOS 10.12 Sierra beta available right away from the Apple Developer Program website, along with watchOS 3 beta and tvOS 10 beta as well.

Thankfully, just like last year, Apple will be running a public beta program for non-developers as well, allowing them to test drive iOS 10 beta and macOS 10.12 Sierra beta without spending a dime. The public beta builds of those aforementioned software will be seeded in July. But luckily for us, Apple is allowing anyone to sign up for it right away, sending out an email to folks whenever the pre-release builds are ready for download and testing.

Here's what you need to do to sign up right away.

1. Open this link in your Web browser.

4. Accept the terms of agreement on the next page by clicking 'Accept.' 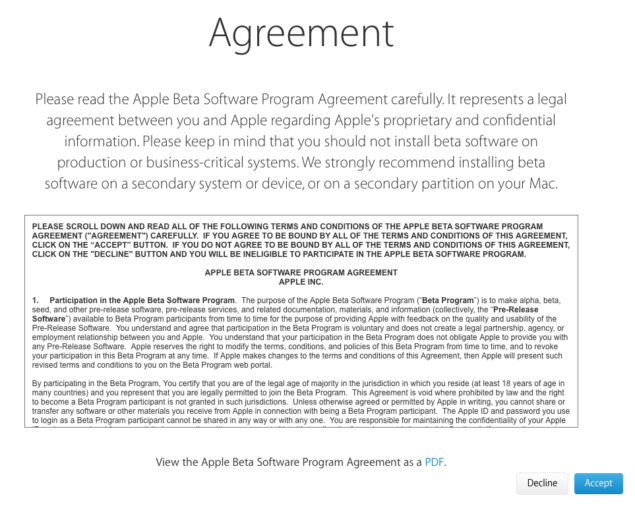 That's all there is to it. You'll receive an email once the iOS 10 and macOS 10.12 Sierra public beta builds are live. And like we mentioned before, they're absolutely free to download and try, allowing Apple to gather a bunch of usage data while doing so, ensuring a solid final build is pushed to the public domain come release day.

We encourage users to give iOS 10 and macOS Sierra public beta a shot once they're live, as it will give you ample time to get to grips with Apple's new and upcoming software. But at the same time we will drop a warning for users, requesting them to try the software on devices that do not serve the purpose as a daily driver with them. After all, we're dealing with beta software here which is not meant to handle day to day tasks. It will take a handful of betas till we can deem iOS 10 and macOS Sierra perfect for use as a daily driver.

If you did sign up for the public beta, then be sure to let us know about it in the comments section below.