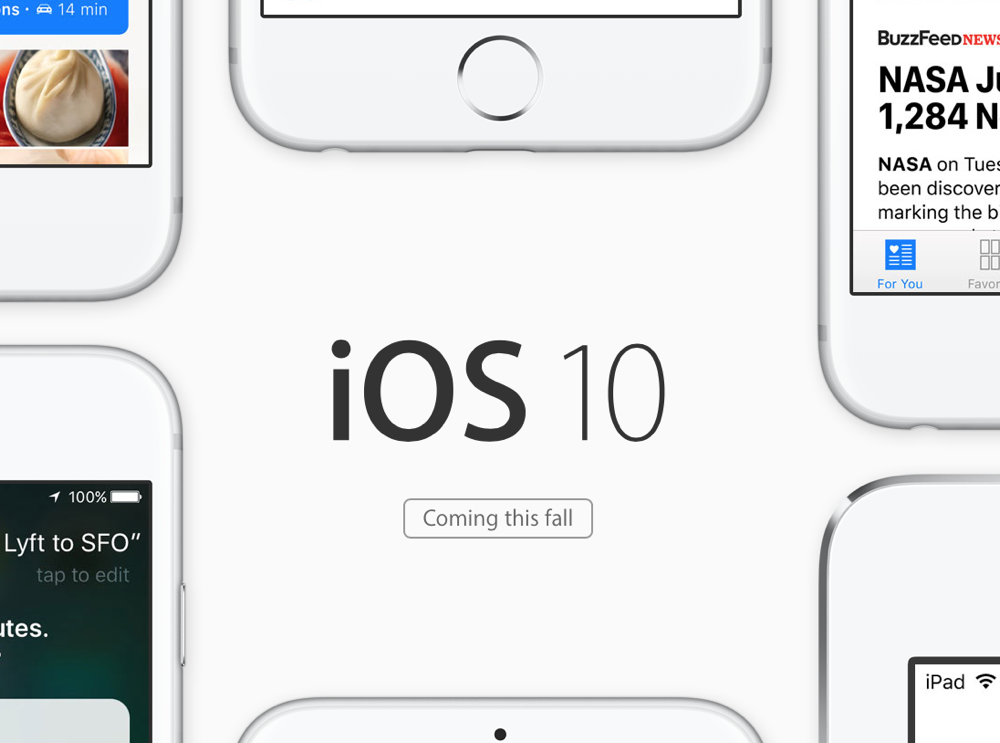 Here's a list of iPhone, iPad, iPod touch devices that will be compatible for use with iOS 10 beta and final release.

iOS 10 Is Compatible With A Handful Of Devices, Chances Are High That You Are Covered

iOS 10 was announced a while back at the opening WWDC 2016 keynote, and the new mobile software, that will be available later this year, is packed with a ton of new features. With all those features one might believe older devices might not end up supporting iOS 10, but luckily, that is strictly not the case, according to Apple's official website.

The list of devices that will be compatible with iOS 10 beta and final are as follows: 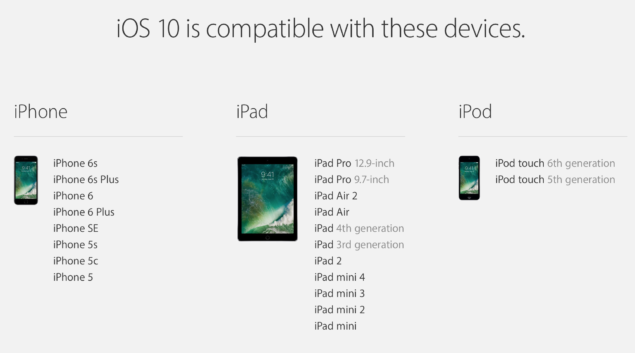 Here's the entire list in a neatly laid out bullet form as well:

iPhone 5 onwards, iPad mini onwards, iPad 2 onwards, and all iPod touch devices are supported as you can see from the list. Chances are high that you're in the ownership of all the aforementioned gadgets. If you're not, then sadly, you might want to upgrade if you want to reap the benefits of Apple's new mobile software, iOS 10.

While iOS 10 is a new piece of software taking Apple's mobile lineup further into the future, but there's a high chance Apple will retire a few devices from this list next year. Namely, the iPhone 5, iPhone 5c, iPad mini, iPod touch 5 are the likely candidates to get the axe next year, since they're packing underpowered hardware.

If you were planning to clean install iOS 10 beta onto your iOS device, then we highly recommend you look at the above list before going ahead with the installation procedure. Though the chances are high you have at least one device that supports iOS 10, but it's better to be safe than sorry knowing that you are in the ownership of a unsupported hardware.

iOS 10 final build will be available for all consumers later this fall, with the release followed by the announcement of the iPhone 7 and iPhone 7 Plus (Pro?). We will definitely update our readers when it comes to hidden features lurking around in iOS 10, so be sure you're tuned in to our coverage in the days and weeks to come.

Update: Apple has updated its list of devices that are compatible with iOS 10, and oddly enough, removed a handful of devices. The updated list, as per Apple's website, is as follows: