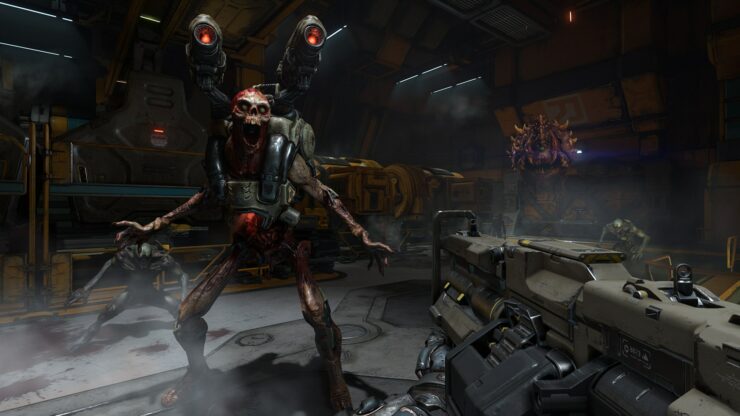 If you have been looking for DOOM pre-launch reviews, there's bad news. Multiple sources, including ours and the latest Podquisition episode, have independently confirmed that review codes for the game will not be available until launch day.

That's supposedly because Bethesda thinks that multiplayer and the SnapMap tool are crucial to the DOOM experience and those servers won't be live until May 13. However, this is not generally a good sign and that's why DOOM fans weren't happy to learn of this news, especially after the multiplayer beta got crushed by Steam user reviews.

It's been almost twelve years since id Software released a new game in the franchise. DOOM 4 was announced in 2008, but it eventually entered development hell that resulted in many delays. Studio Director Tim Willits admitted at Quakecon 2013 that DOOM 4 didn't have a personality or spirit of its own.

That's why id Software went back to the drawing board and decided for a series reboot. The new DOOM was revealed in a closed presentation at QuakeCon 2014, though the public had to wait E3 2015 for the first gameplay trailer.

According to the developer, the single player campaign should last more than 13 hours and hardcore players will be able to choose the Ultra-Nightmare difficulty if they want to experience permadeath.

Even though Bethesda didn't send out review codes to the press yet, as usual some lucky gamers have been able to get their hands on the game early. You can read a collection of first impressions here or watch a gameplay video and screenshots here.

PC gamers with really high-end hardware will get to play DOOM at 4K, which is apparently a "mesmerizing" experience. id Software also showcased the game running at up to 200FPS with the new GeForce GTX 1080 GPU.