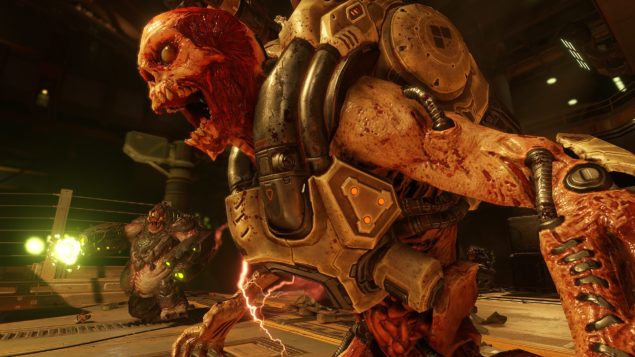 The DOOM Open Beta is due to begin on all platforms (PC, PlayStation 4 and Xbox One) in a few hours, with the pre-load already available and the start date set for April 15 at midnight EST. However, we've noticed that the dedicated Steam page for the DOOM Open Beta has been already flooded with many negative user reviews.

As you can see in the snapshot below, the summary of reviews is "mixed" with only 68% of them recommending it. 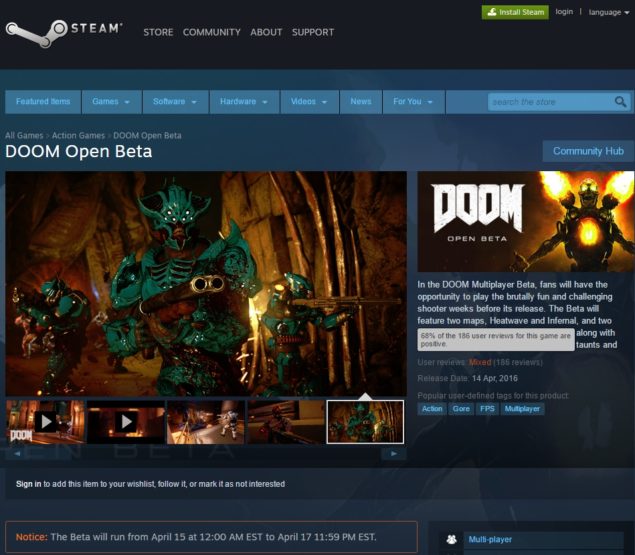 Of course, these users have not played the DOOM Open Beta as it's not available yet, but they have all participated in previous beta/alpha events. The general consensus at this point is that the game's multiplayer just does not feel like a proper arena shooter, mainly because of the introduction of certain modern FPS features like loadouts.

We've selected some excerpts from a few of the most voted user reviews appearing on the Steam page.

The DOOM Open Beta will be available until April 17, 11:59 PM EST. Let us know your opinion on the game in the comments.