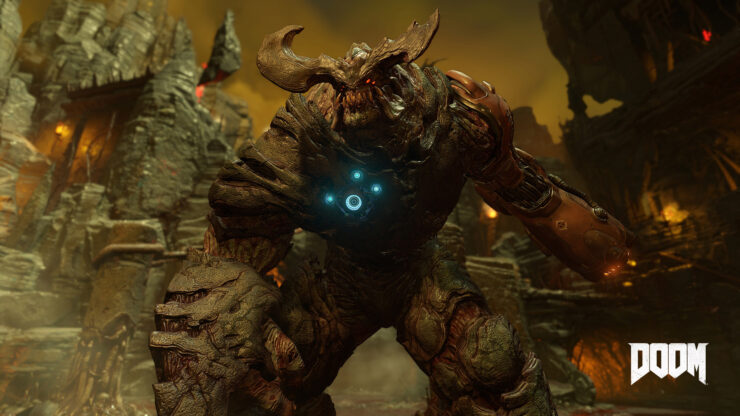 Last month, DOOM fans all over the world have been able to try out the new entry of the series launching this month on PC and consoles thanks to the multiplayer beta. PC players have also been able to see how the game looks on different quality settings, but it seems like they haven't seen everything, as an additional quality setting has been revealed recently.

id Software Lead Project Programmer Billy Khan has recently tweeted about building a new powerful PC so that he can run the soon to be released DOOM in Ultra Nightmare quality settings. He hasn't said much about this quality settings, but id Software Lead Renderer Programmer Tiago Sousa has explained that the Ultra Quality Nightmare settings will be a step above Ultra settings. With the game looking nicely on lower settings, it will really be interesting to see how it will look in these newly revealed settings. Commenting on the game's graphical quality, Billy Khan stated that the final game looks "mesmerizing" at 4k with GSYNC on, so if you have a powerful enough PC, you definitely have some good times ahead of you.

Players playing DOOM on PC will be able to tweak the game in ways that console players won't be able to thanks to the Advanced Settings, which have been originally spotted in the game's beta. Thanks to these settings, players will be able to manually lock framerate, change lights, shading, post process, particles quality and much more.

Here are the advanced settings that will be available in DOOM at launch.

DOOM launches next week, on May 13th, on PC, PlayStation 4 and Xbox One.