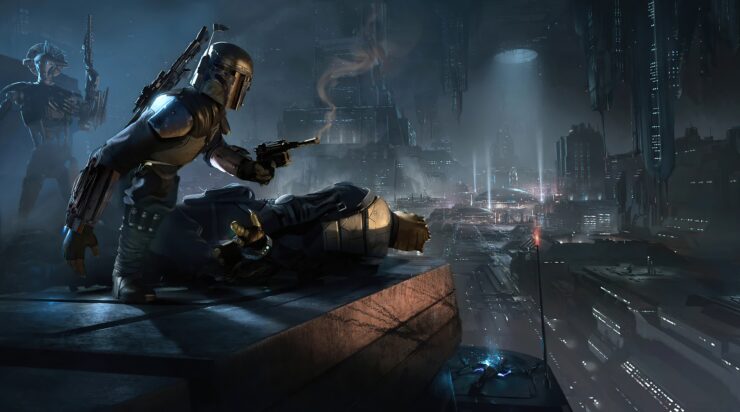 In a new interview with IGN, Disney Games executive Sean Shoptaw revealed that the project was born after the two companies met about Avatar: Frontiers of Pandora.

Shoptaw also said that Disney waited a long time to do an open world Star Wars game because it wanted to find the right partner, and now they believe they have.

That first meeting we had with Massive around the Avatar game after we acquired Fox was really the jumping off point for the Star Wars game. There was such alignment and such creative passion around the Star Wars IP from that team that it just was a natural evolution to the relationship, and really led to the Star Wars game we announced not too long ago.

We certainly had aspirations about an open world Star Wars game. It didn't come exclusively from Massive. They certainly had a passion for it too, to the point that made it a lot easier for those conversations to advance. But we're aware of the things you outlined, right? We're aware of what fans have asked for and have wanted for long periods of time.

We've wanted to do it with the right partner at the right time. I think it's easy for us to want to jump quickly, especially when we know there's demand, but we need to be disciplined as well on when we do these things and who we do them with.

So as much as there's been an ambition internally as much as externally to have an experience like this made, we really wanted it to come at the right time with the right partner. The worst thing we could do is do it wrong, and do it our way that doesn't resonate with fans or doesn't meet that bar. And so we certainly feel like the wait will be worth it. We're super, super excited about where this open world Star Wars game is going. I was just on a call actually this morning with the Massive team about it, and could not be more excited about where they're taking this game and the opportunity we have with this experience.

This untitled open world Star Wars game is certainly two to three years away from releasing, at the very least, given that the Disney-Fox merger was only completed in March 2019. In fact, just this February Ubisoft CEO Yves Guillemot said the game is in the early phase of development.

However, Avatar: Frontiers of Pandora was just revealed at E3 2021 and is aiming to launch next year. Given that it's also an open world title set in a hugely popular Sci-Fi setting, it may give us an inkling about Massive's next project, too.