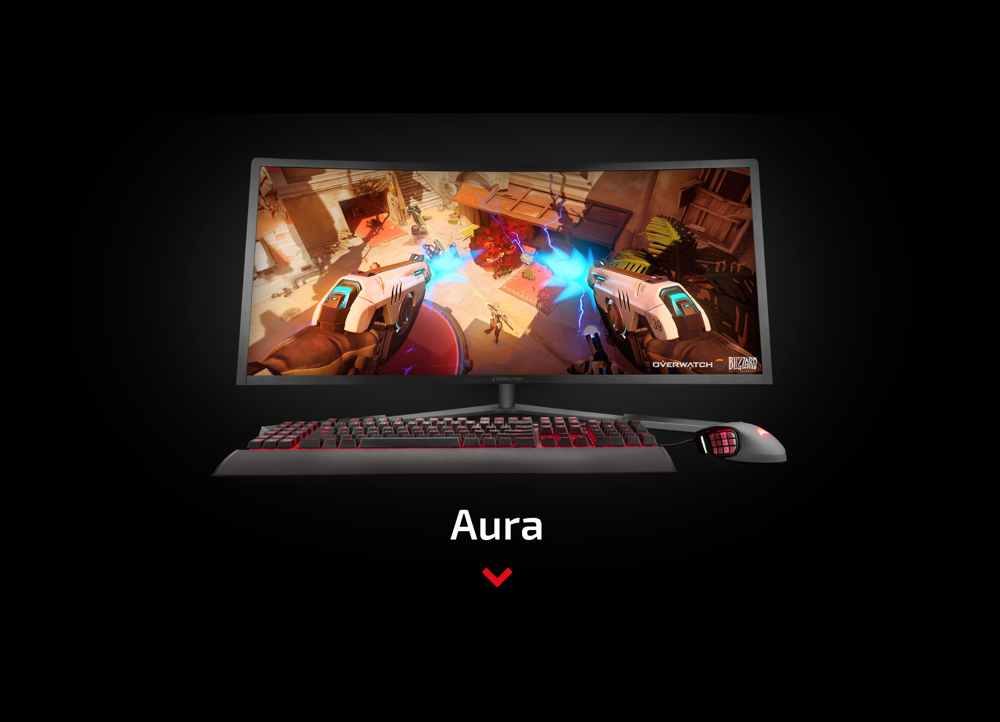 Digital Storm has just revealed its 34-inch all-in-one Aura gaming PC and boy it's powerful. So powerful in fact that you can beef it up with the Intel Core i7-6950X processor as well as a GeForce GTX 1080.

Digital Storm's 34-inch AiO Is A Looker, But Might Break Your Bank If Your'e Going High-End

When it comes to gaming PCs, an all-in-one device never crosses our mind, mainly because one might think it wouldn't offer the raw power of a 'real deal' gaming PC. But Digital Storm is aiming to change everything with its brand new 34-inch Aura, which happens to be an all-in-one PC, but focused strictly at gaming all thanks to its chunky internals.

Digital Storm forged the Aura with the latest and greatest in mind, and you have the option to spec it up with an Intel Core i7-6950X as well as the GeForce GTX 1080. Now, keep in mind that you're going to be shelling out a lot of money if you want those aforementioned pieces of hardware behind that massive 34-inch screen of the Aura. To put things into perspective, the Intel Core i7-6950X costs $1,700 while the GeForce GTX 1080 will set you back $600. So go figure what you're going to end up paying for the top of the line model. 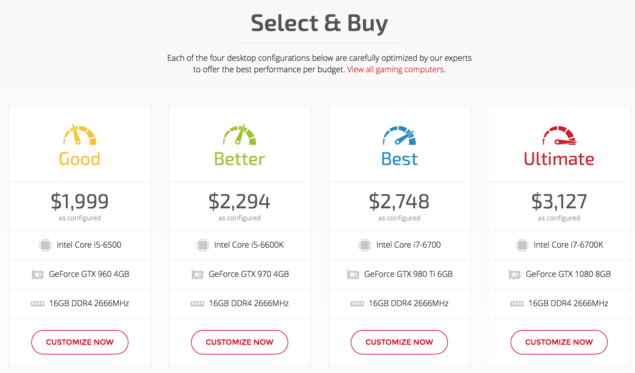 For the base model of the Aura, starting at $1,999 and dubbed as 'Good', you only get the display itself with no keyboard and mouse. But the PC itself will come packed with an Intel Core i5-6500 processor, GeForce GTX 960 4GB and 16GB of DDR4 RAM. Things are topped off with a 1TB 7200RPM hard drive, which, if you're asking us, is pretty decent.

The second pre-built tier of the Aura, which is being described as 'Better' on Digital Storm's website, comes with a faster Intel Core i5-6600K processor, GeForce GTX 970 4GB and 16GB of DDR4 RAM.

On the display front, the Aura is indeed a looker, and features a wide 34-inch curved panel with a resolution of 3440x1440. If you're asking us, that display is more than enough for us to hit that 'Buy' button.

If you're interested, you can configure and buy the Digital Storm Aura all-in-one today by simply heading over to this link.