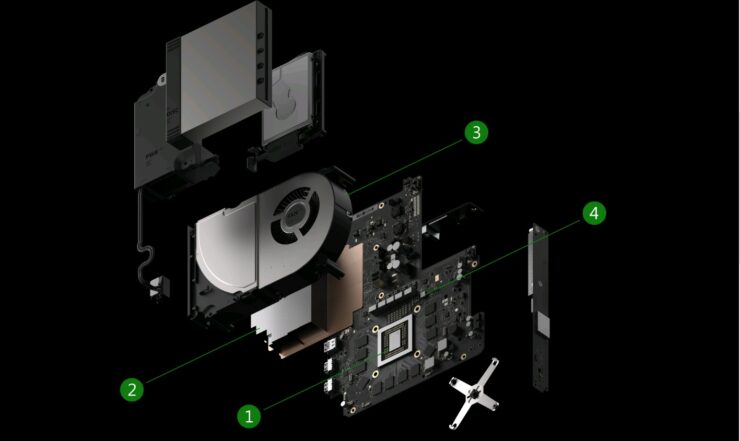 When Microsoft unveils Project Scorpio during its E3 briefing this year, people should be pleasantly surprised.

At least, that’s what Eurogamer’s Digital Foundry states in one of its most recent Scorpio articles. Eurogamer’s Richard Leadbetter was shown how a Scorpio console was put together by Microsoft’s general manager of Xbox hardware, Leo Del Castillo, and it seems that he was truly impressed with how the console is being manufactured.

Based on Leadbetter’s article, Microsoft’s attention to detail is different from previous Xbox consoles. There is no wasted space inside Microsoft’s enhanced Xbox console and the technologies in play are state-of-the-art. Still, the Scorpio will have similarities with previous Xbox designs, and while it doesn’t appear that Leadbetter was shown a finalized Scorpio console, he claims that the final box will pleasantly surprise people.

Finalising the construction are the WiFi and Xbox wireless radios, again derived from Xbox One S and moved on into Project Scorpio with improved iterations. Customisation was required to integrate with the new chassis, but the core specification remains unchanged - meaning that the 2x2 WiFi accommodates the 802.11ac dual-band standard at both 2.4GHz and 5GHz. And with that, an almost complete Project Scorpio unit sits in front of me, lacking only what Microsoft calls the ID - the final exterior plastics. All I'll say here is that when Microsoft reveals the box at E3, you should go in expecting surprises. Pleasant ones.

It's always interesting to see console teardowns once the likes of iFixit get hold of final retail consoles - but this presentation is unique in that I actually got to see the reverse: the unit was put together right in front of me with an outline of the engineering processes involved in the design. What's fascinating here is that while the technologies in play are state-of-the-art, there is still a simple elegance in the modularity of the design - and it's here where you can see similarities with prior Xbox designs.

Microsoft will likely fully unveil the Scorpio during its E3 conference this year on Sunday, June 11, 2017. We will keep you updated.