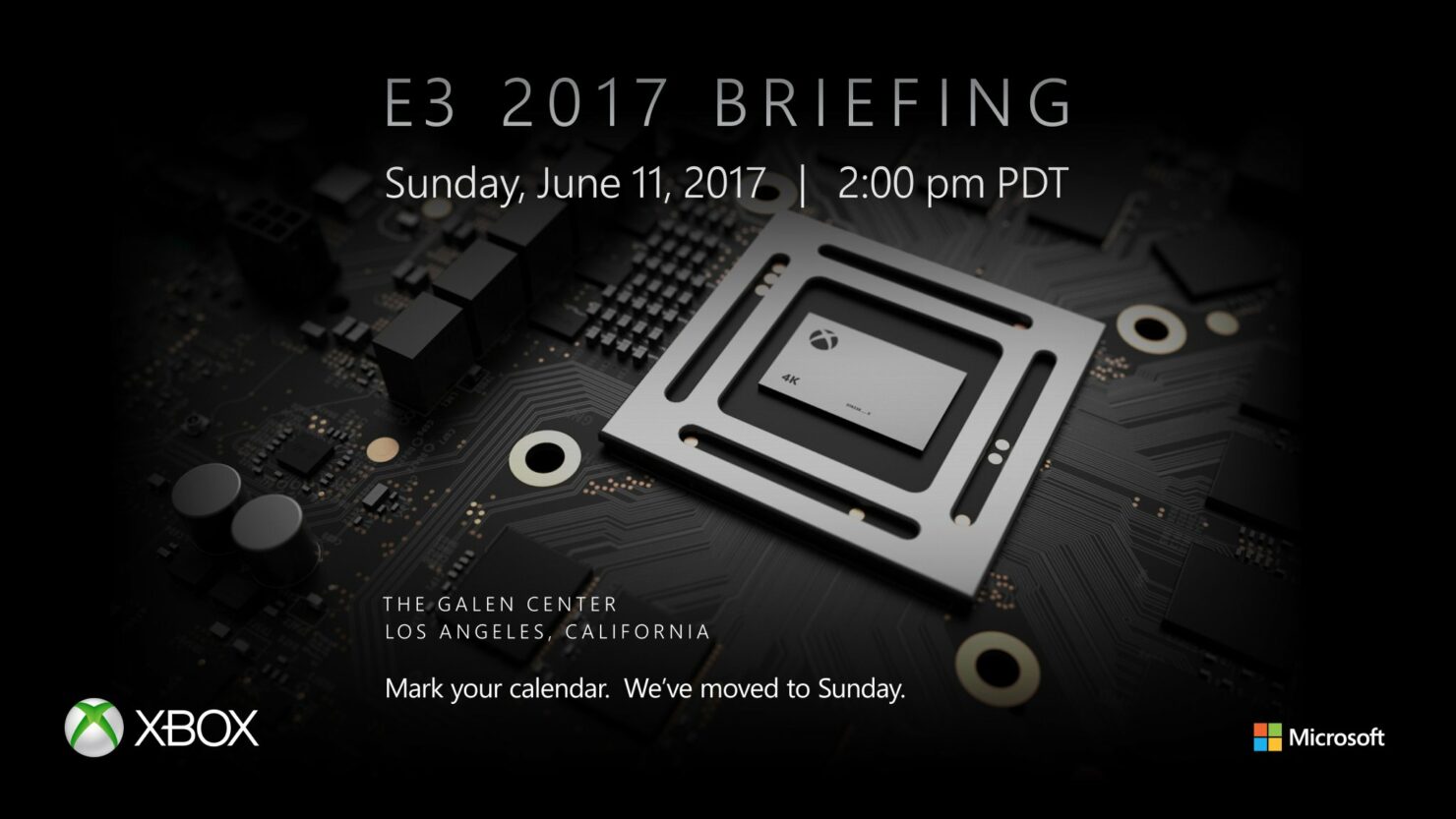 The date and time for Microsoft’s Xbox E3 2017 press conference has just been announced through Twitter.

Microsoft has decided to move its conference to Sunday instead of the Monday. At the moment of writing, the reasoning behind this decision is unknown. As said, Microsoft usually held its briefings on Monday mornings.

During the conference, Microsoft will likely provide more details about the upcoming Xbox Scorpio, which is slated for a release later this year.