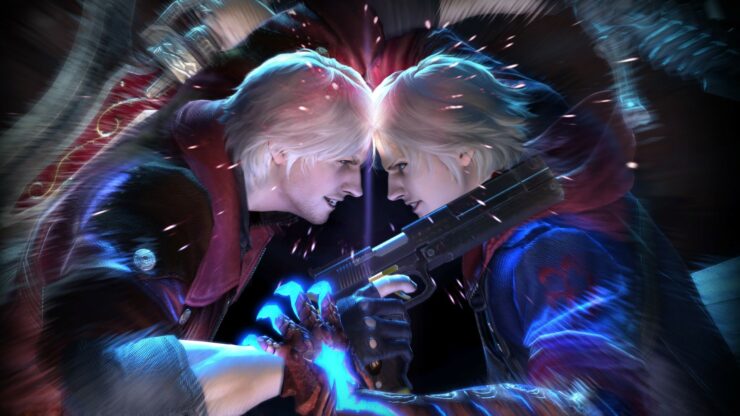 It's been some time since a new entry in the Devil May Cry series has been released and, according to a leak, it won't take much longer to learn more about the next game starring Dante, as Devil May Cry 5 is apparently getting announced soon. It seems like, however, the game may be announced earlier than expected.

Answering to a fan's statement on the ResetEra forums regarding the fact that Devil May Cry 5 is, according to an earlier leak, going to be announced during E3 2018, The Game Awards' Executive Producer Geoff Keighley teased that something may be announced during tonight's show.

According to an extensive leak, Devil May Cry 5 is going to be released on PlayStation 4 and PC, with the game being powered by Unreal Engine 4. The game is apparently releasing in the 2019 fiscal year.

o The game is slated to release some time in the fiscal calendar year of 2019. That means sometime between April 2018 and March 2019. Original plan was to release it in November 2018 but the date MIGHT have been pushed back to early 2019.

o Originally DMCV was intended to be announced at PSX but after receiving feedback on their E3 press conference, Sony decided to scale back on PSX and instead scale up E3 2018. DMCV was an unfortunate casualty of this choice and thus it’s unlikely that DMCV gets officially revealed in 2017.

o There will be a demo for the game sometime before release.

o There is some form of Playstation exclusivity involved. Sony is paying for some of the funding for the game but the extent of it is not known. Could be completely PS4 exclusive, console exclusive or timed exclusive. If the game is announced publicly then it will be at a Sony event, which is why many people thought that it was going to be at PSX.

o Trailer has been ready for a while now. The initial trailer is 1 minute 50 seconds long (they may add new cuts to trailer to make an extended version since some time has passed from when it was made). It is mostly focused on story, characters and cutscenes. A city like setting is shown in the trailer not that different from Fortuna city in DMC4.

o The overall game is supposed to be “ambitious” for a DMC title with a broader appeal.

o Longest cutscene runtime of any DMC game yet.