Detroit: Become Human Sold Over 3.2 Million on PS4, Will Soon Launch on PC 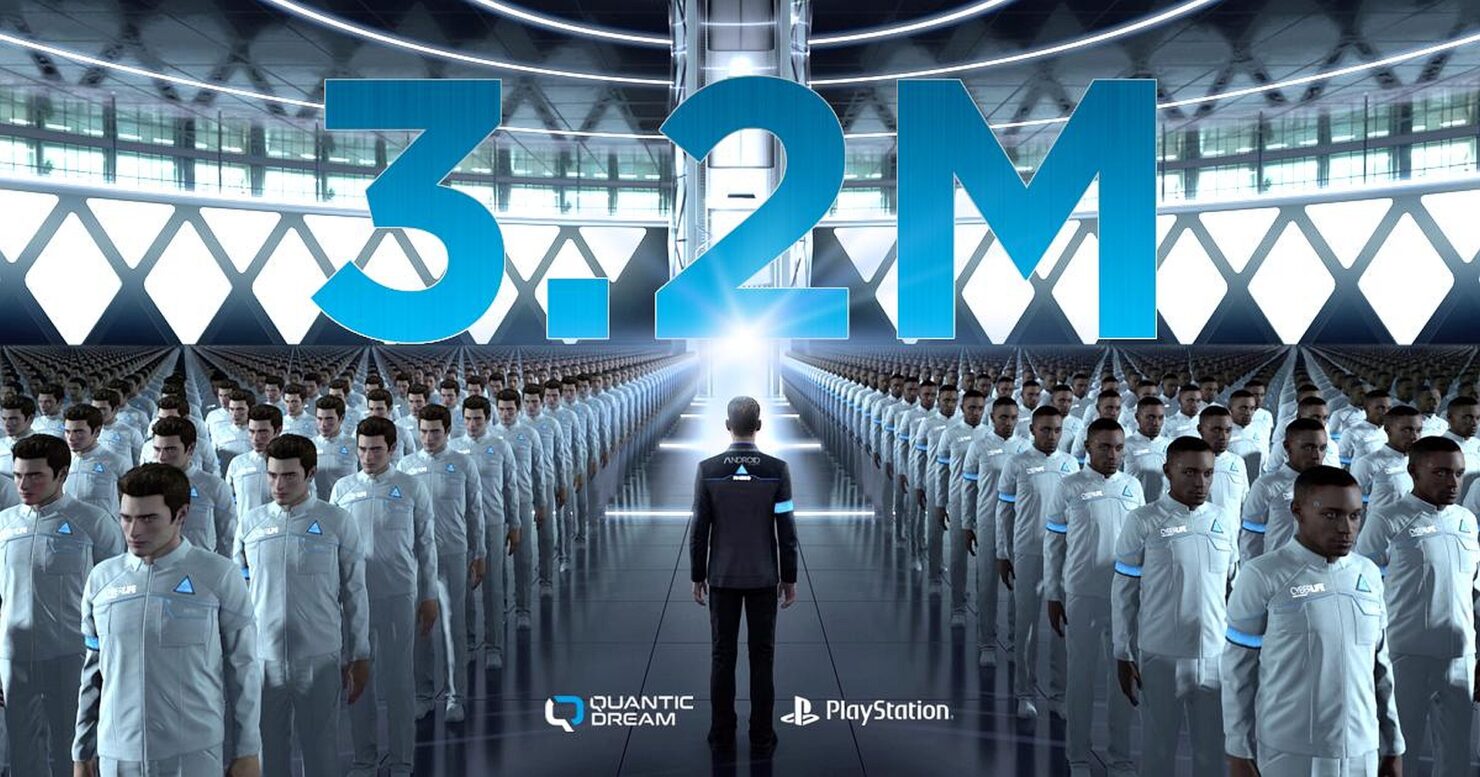 Detroit: Become Human, the latest game made by French developer Quantic Dream, has surpassed 3.2 million units sold globally on PlayStation 4 since its launch on May 2018.

Quantic Dream announced the news via Twitter, as you can see below.

We are delighted to announce that Detroit: Become Human has now sold in excess of 3 million units on PS4 worldwide! pic.twitter.com/CAL7bsg4jH

Detroit: Become Human is launching soon on PC via the Epic Games Store, which means that the overall sales figure is destined to rise. It will be priced at €39.90 there, while PlayStation 4 gamers who still have to play it can snag a physical copy for much less ($16.30 to be precise) via Amazon.

The game is certainly worth it, as pointed out by Kai in his PlayStation 4 review.

Detroit: Become Human doesn’t establish a new form of narrative away from the storytelling that Quantic Dream has become known for. Instead, Detroit refines it with a narrative that takes three different ideologies of android servitude to create one cohesive narrative story. While repeated playthroughs can reveal the programming beneath the surface and the failed promise of free will, even taking a single playthrough to create your own story makes Detroit: Become Human a worthy PlayStation 4 exclusive if but for one single night in Detroit

There are some great story paths to Detroit: Become Human that can lead to different outcomes, but it's still a Quantic Dream game through and through. Expect a convoluted story that reveals itself through repeated playthroughs, characters that you grow attached to and fear to lose, and enough QTE-driven fights to make your thumbs bleed.