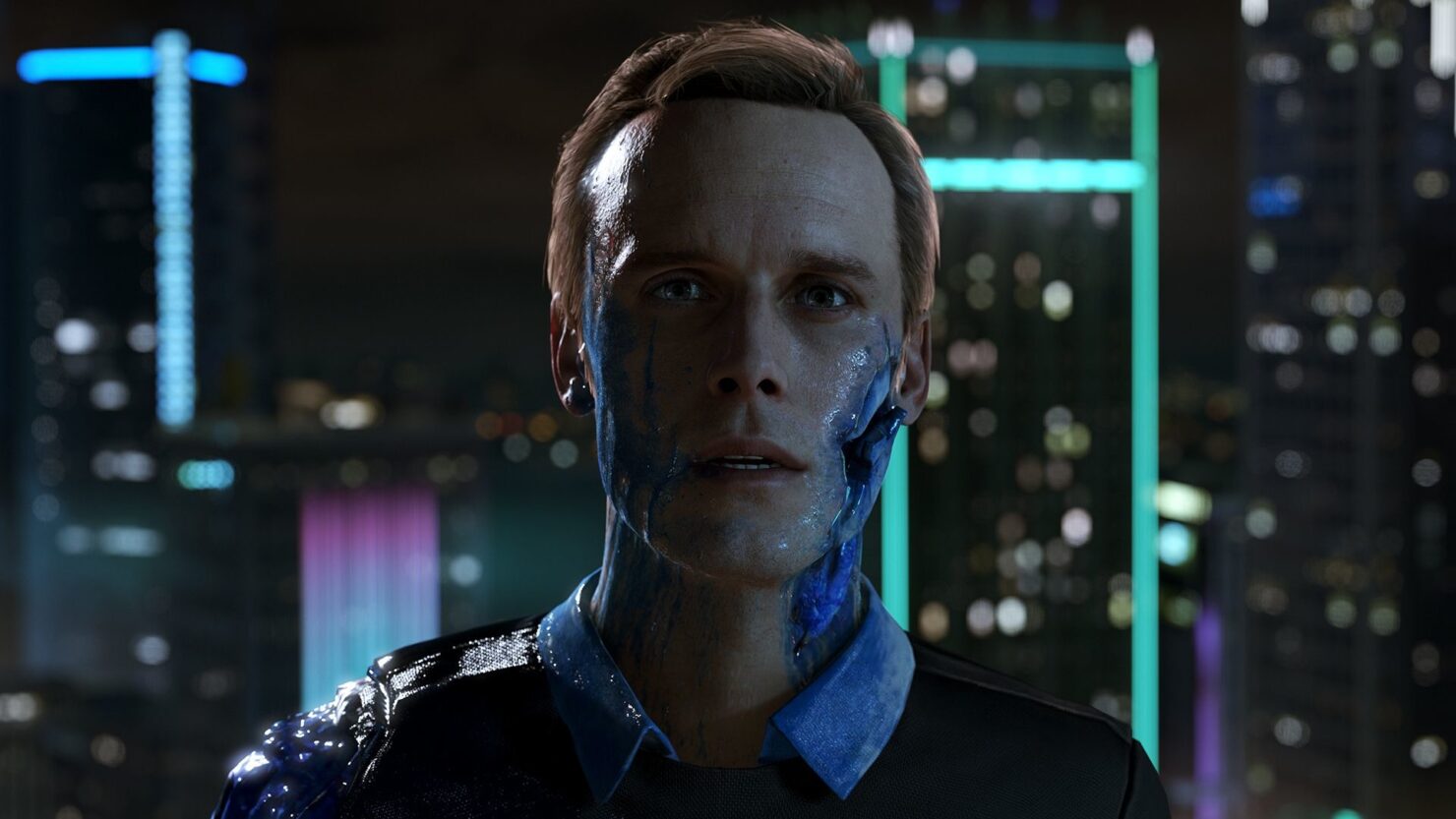 While Sony Santa Monica's God of War might be the most anticipated game by PlayStation 4 fans right now, there's another major exclusive only a little further out.

It's Quantic Dream's Detroit: Become Human, the first true PlayStation 4 game to be developed by the French studio after the re-releases of Heavy Rain and Beyond: Two Souls.

With the game due to launch on May 25th worldwide, the developers' job is coming to an end and as such Lead Engine Programmer Ronan Marchalot was able to attend GDC 2018 and delve into the technical challenges of moving the engine from deferred lighting to clustered forward. However, there's a treasure trove of technical information here that goes well beyond that premise.

In the final slide of the presentation, we got the full specifications of Detroit: Become Human. The game will run at 1080P@30 FPS on the base PlayStation, while PlayStation 4 Pro users will enjoy it at 4K (2160P) resolution through checkerboard rendering and the same frame rate. The interface will be rendered at native 4K, though, and other effects such as volumetric lighting will be rendered at a higher resolution as well. Both PS4 and PS4 Pro will support HDR for those using a compatible display.

The programmers of Detroit: Become Human have thoroughly explained their choices, starting with Temporal Anti-Aliasing, whose presence recently has become more and more prevalent.

The slide explains that TAA is compatible with Checkerboard Rendering, which makes it appealing when programming for Sony's PlayStation 4 Pro. However, it was noted that 4K "ruins" post-processing performance and as such, Quantic Dream decided to resolve checkerboard after post-processing has happened.

Overall, while correctly implementing Temporal Anti-Aliasing has taken a long time and is not without drawbacks, the developers concluded that it was clearly worth the effort. 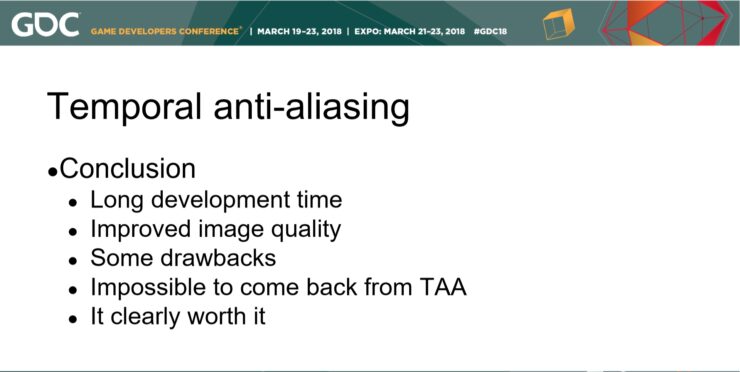 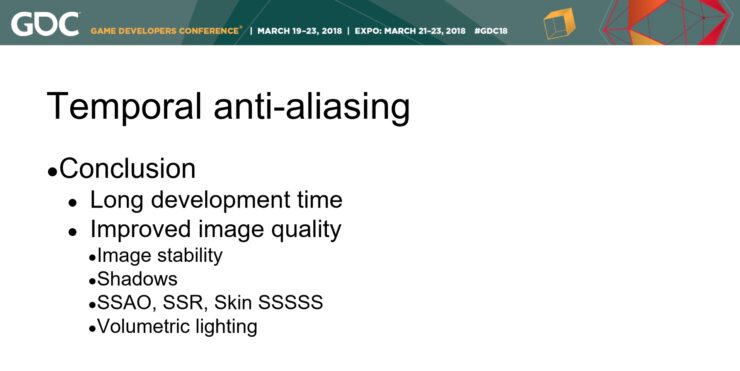 Let's start with the latter. On PS4 Pro, this effect is rendered at 235x135x64 instead of the 192x108x64 used on the base hardware. There's also an image demonstrating the use of Volumetric Lighting in Detroit: Become Human. 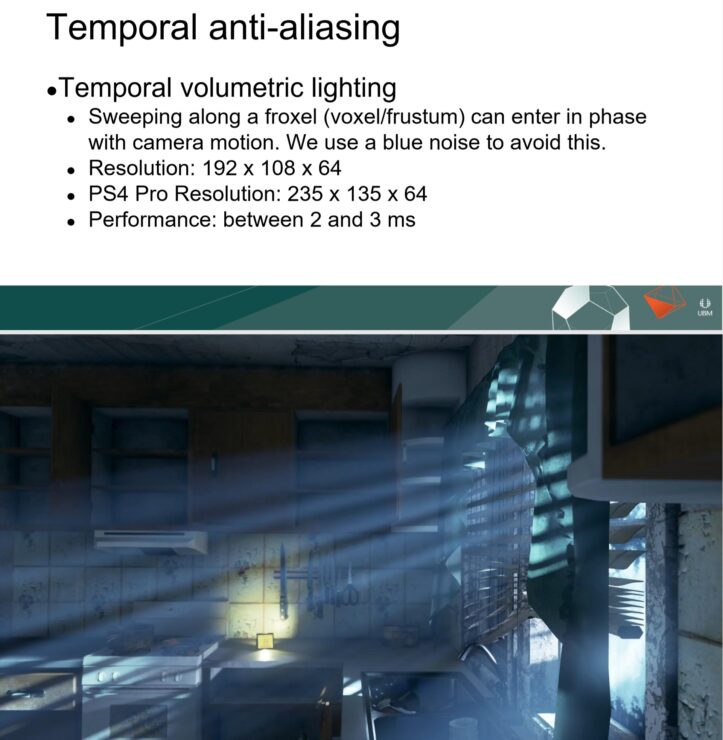 Then there's Temporal SSR, which is physically based and is rendered at half resolution with checkerboard and neighborhood clamping. You can see a comparison of SSR Off and On below. 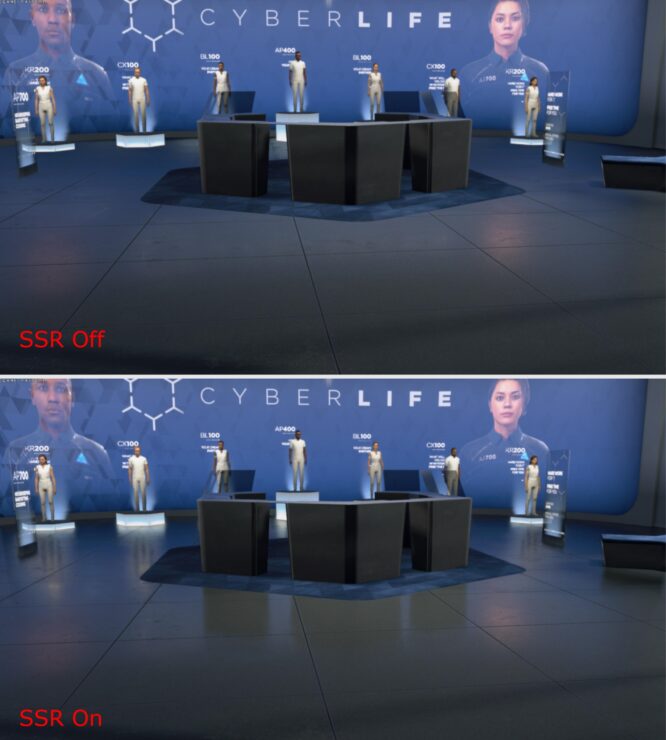 Unlike SSR, Temporal SSAO in Detroit is rendered at full resolution (1080P). The slide below compares SSAO Off and On in the game. 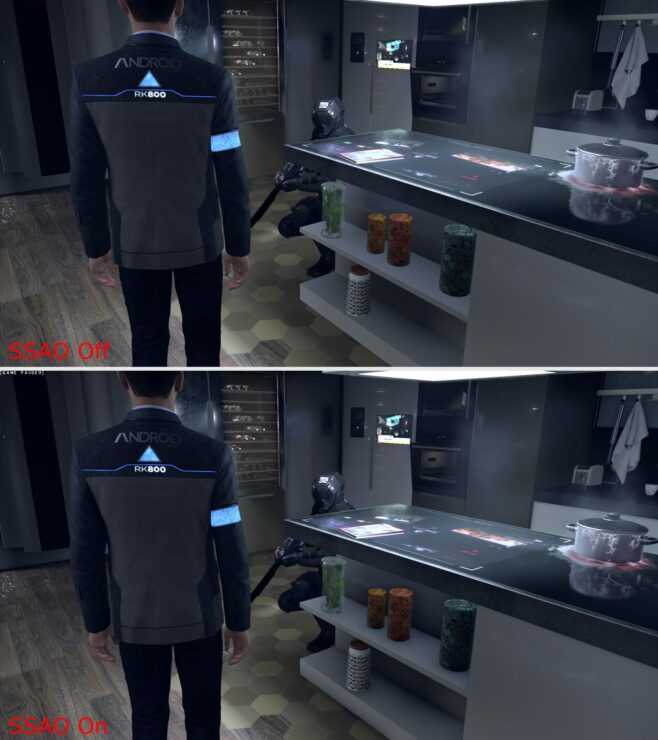 On a final note, Temporal Anti-Aliasing wasn't enough to smooth out all situations. That's why Quantic Dream also implemented a 'Normal Distribution Function' (NDF) filtering technique based on the 'Error Reduction and Simpliﬁcation for Shading AntiAliasing' paper written by Square Enix's Yusuke Tokuyoshi.

As clearly visible in the comparison image, NDF filtering works well with TAA and also brings out more rain details. 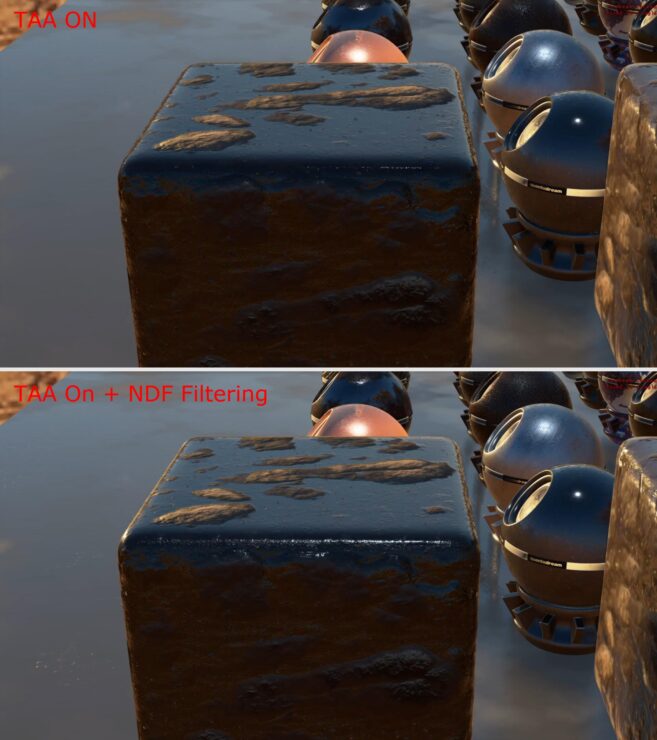 Overall, Quantic Dream has always delivered technologically impressive games since the beginning of their collaboration with Sony and it's fair to expect the same with Detroit: Become Human after reading this presentation.

In other news, Sony published three separate video interviews with the three main characters of the game: Connor, Markus and Kara.