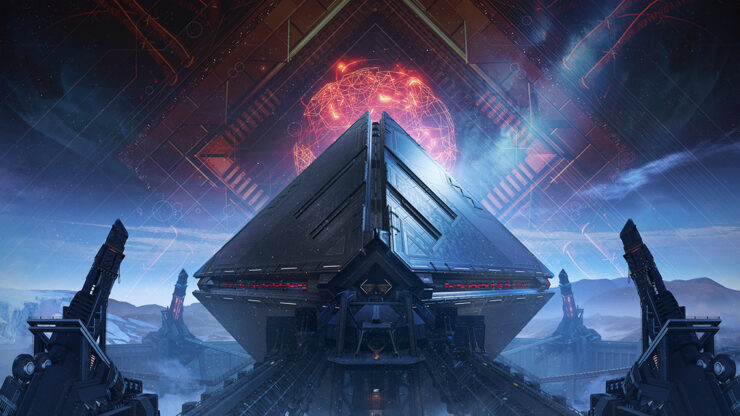 Bungie revealed a few hours ago that Warmind is the title of the second expansion coming to Destiny 2 (included in the Season Pass or available for purchase separately) on May 8th. The full reveal of Warmind is taking place on April 24th via Bungie's own Twitch channel; for now, the developers have only said that it will take players to new places where they'll fight new enemies, which is par for the course.

Aside from announcing Warmind, Bungie also provided an updated development roadmap. Season Three (which is starting on May 8th as well) will introduce seasonal Crucible rankings, private matches, the much-requested vault space increase, Heroic Strike modifiers and more. Later in Summer, there'll be a new seasonal event as well as the introduction of Bounties and Clan chat on PC.

Season Four, on the other end, is set to begin at some point in September and may finally address player concerns with the arrival of weapon randomization.

The community has been talking a lot about some of the things we’re developing for Season Four. Our goals for these features are to give you more control over how you configure your loadouts in Destiny 2 and give you more reasons to play the game over time. We also want to bring back those exciting moments when you acquire the perfect weapon. To make this happen, updates like Weapon Randomization, Weapon Slot Changes, Gear Collections, and Records will be delivered to all players.
We now have a plan for Raid Prestige changes (including Raid Lairs) and will update where it will land in the next Development Roadmap. Mod Changes are being incorporated into our new plan for Weapon Randomization. 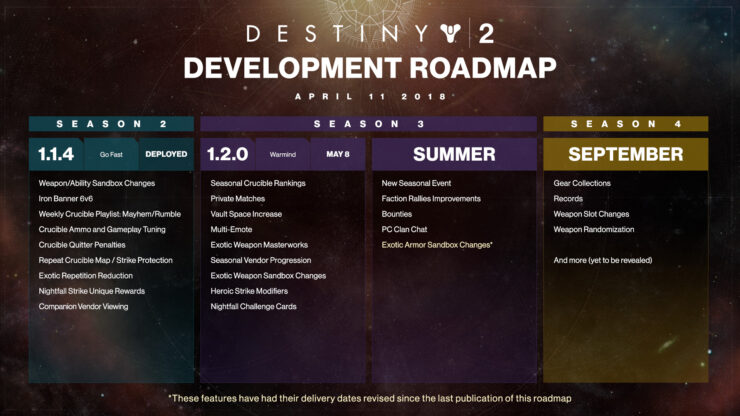 Are you excited about the upcoming Destiny 2 updates as well as the second expansion, Warmind? Let us know below.