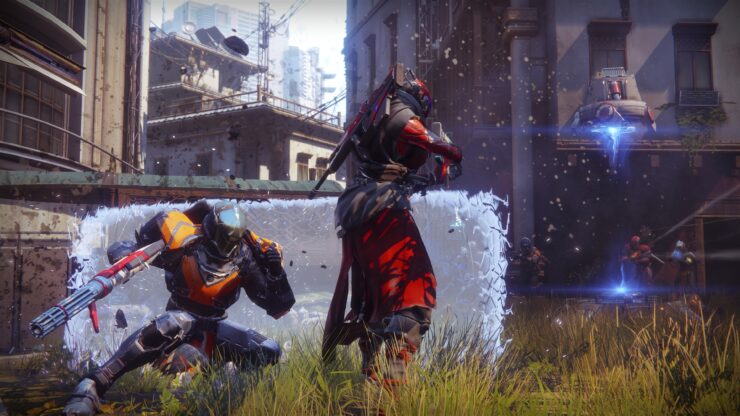 NVIDIA provided the first look at Destiny 2 PC footage a few days ago, but now there's a lot more Destiny  PC footage to be found on YouTube if you search for it.

There's no denying that it looks great and plays very smoothly. That said, those who played the game reported that settings were fixed on Ultra, but today Bungie's PC Project Lead replied on Twitter that it wasn't actually the case. The E3 2017 build of Destiny 2 PC was instead using "high-ish" settings; he also said that there will be multiple VSync options in the final game.

This means that the final build, once maxed, will probably look even better. That's not to mention that NVIDIA is partnering with Bungie to bring the game on PC and they've already announced that the final version will be enhanced with NVIDIA's technologies, though there are no specifics on which ones yet.

NVIDIA also announced a limited time GeForce GTX Destiny 2 bundle: from now until June 27th, buying a GeForce GTX 1080 GPU, system or laptop at participating retailers will grant you a free copy of Destiny 2 on PC once it launches on October 24th. Furthermore, you'd also get early access to the upcoming PC beta, due at some point in August.