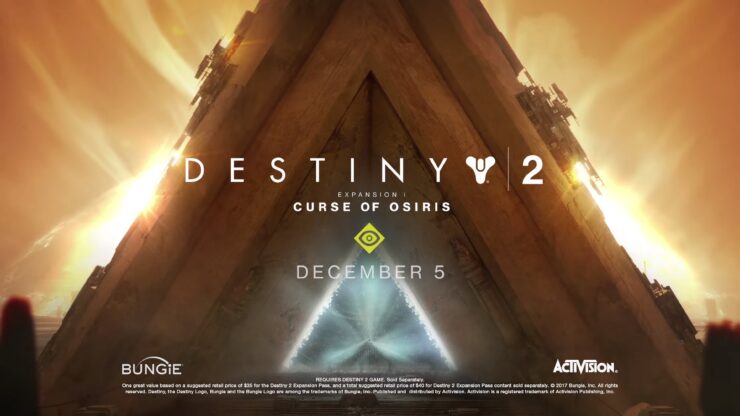 Bungie and Activision have released the launch trailer for the Destiny 2 Curse of Osiris expansion, which will launch today.

Continue your Destiny 2 journey with Expansion I: Curse of Osiris. Travel to Mercury, unravel the mysteries of the most notorious Guardian in Vanguard history, and battle the time-traveling Vex in new cinematic campaign missions. Team up and take on new Strikes, compete in new Crucible Arenas, and earn powerful new weapons and armor. Rally your fireteam and enter the all-new Raid Lair, Eater of Worlds.

Destiny 2 is available now for PC, Xbox One, and PlayStation 4. The game was released for consoles back in September of this year, and the PC version was released one month later.

Last week, Bungie and Activision detailed their plans for the game in the near future.