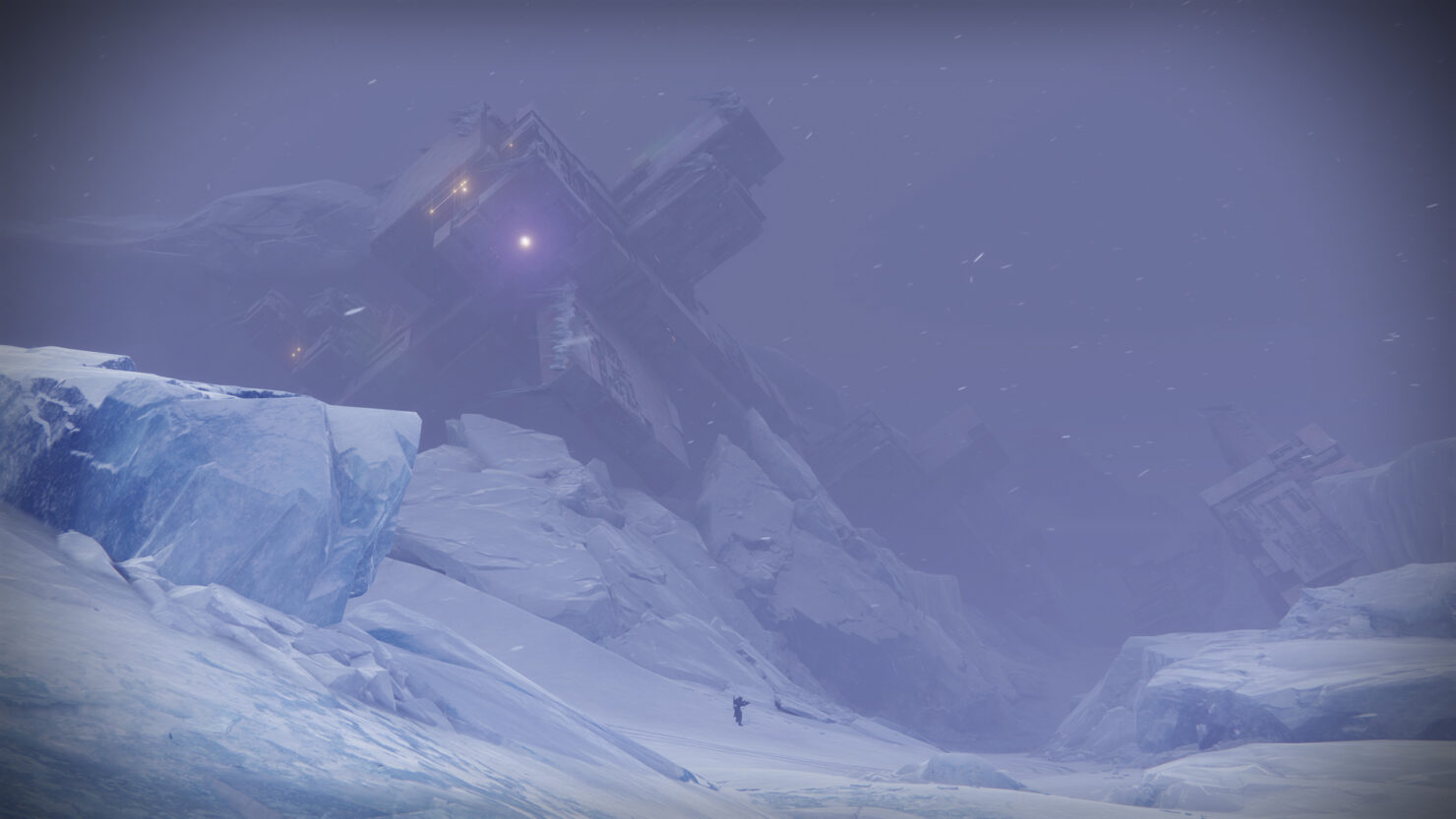 Destiny 2 Beyond Light is still roughly a month and a half from its scheduled November 10th release date after the recent delay. However, Bungie is slowly revealing more information on the upcoming expansion, and the latest blog post reveals the addition of dynamic weather in the form of snowstorms on the setting of Europa. Designer Alex Velicky said:

We were brainstorming and Ed Brennan [Europa World Art Lead] proposed the idea of a blizzard to help sell the fantasy of a harsh environment. I thought it would be awesome if design had direct control over it and it didn’t take long for everyone to get excited about the implementation.

Most weather in Destiny is fairly simple. Because of this, most of the relevant systems are things our Skies, VFX, and Lighting teams set up and then leave to run consistently.

After a lot of investigation from some clever folks, we managed to do it. The resulting system is script-controlled and fully networked.

The light storm blots out the sun and completely obscures the starry skies above you. This alone dramatically changes the feel of the destination. When the heavy storm hits, the sky is heavily obscured. The wind roars and the snow flurries become even more violent. The mid-ground is difficult to see and, if not for the faintly visible silhouettes, it would be nearly impossible to navigate at all. Players are encouraged to stick closer to cover and move with intent.

Of course, in order to optimize the immersion effect players will feel when playing Destiny 2 Beyond Light during snowstorms, the audio component had to be similarly optimized. Sound Designer Keith Sjoquist explained how.

Early on, [Sound Designer] Peter Comley, shared a video of seal sounds in Antarctica that he had been drawing inspiration from that really resonated with me. They were characterized by descending tones, clicks, and booms. It was striking how closely tied to the icy environment and naturally evocative of cold and hardness they felt.

We used the game data to alter the pitch, the volume, and the triggering frequency of the sounds. All of these things working together really made the Europa storm feel dynamic and unique.

Are you looking forward to Destiny 2 Beyond Light? If so, do you plan to play on PC, current-gen or next-gen consoles (where the game will run at 60FPS, at last)?

Destiny 2: Beyond Light Trailer Gives Guardians a Glimpse into the Story