Dead or Alive 6 Confirmed For PC And Consoles; Coming In 2019 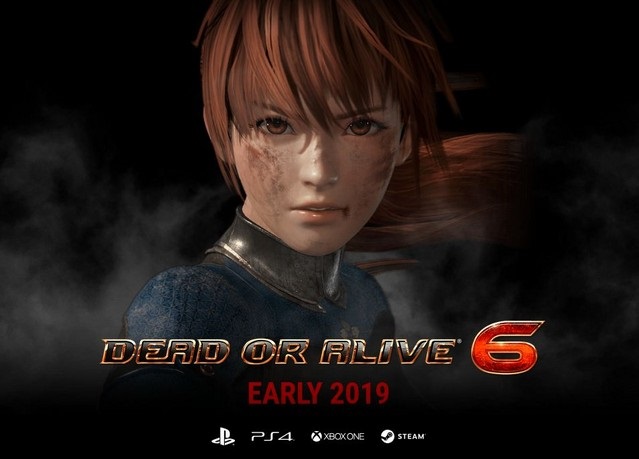 Koei Tecmo confirmed today that a new entry in the popular fighting game series developed by Team Ninja, Dead or Alive, is getting a sixth main entry called Dead or Alive 6.

The game has been announced today with a trailer which also confirms some of the playable characters such as Kasumi, Helena, Zack and Ryu Hayabusa.

Get your first look at the next-gen Dead or Alive crew as both old favorites and new characters get ready for battle.

Not much has been revealed about the game. Dead or Alive 6 will sport the same realistic design of its predecessor and feature interactive stages. Additional details on the game will come on June 11th.

The fact that Dead or Alive 6 has been announced for PC already bodes well for the port, as the Dead or Alive 5  Last Round port wasn't exactly a quality one, with several features based on the PS3 version and not the PlayStation 4 one

Dead or Alive 6 is now in development for PC, PlayStation 4 and Xbox One. We will keep you updated on the game as soon as more come in on it, so stay tuned for all the latest news.

Dead or Alive 6 Getting Deluxe Demo, Mai Shiranui and Another KoF Character Coming as DLC