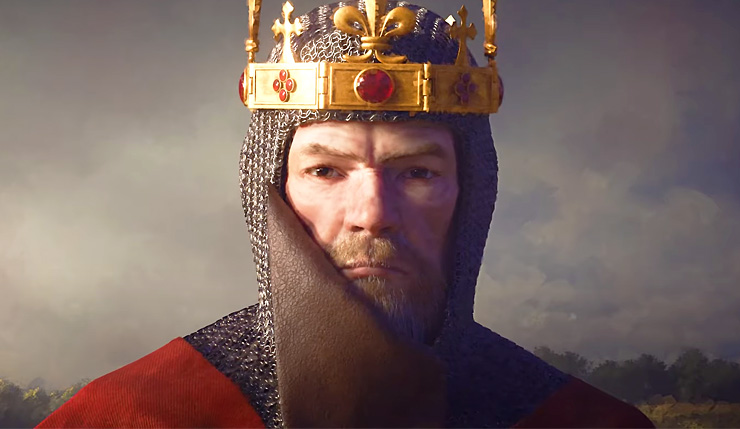 The next big Crusader Kings III update is approaching, and Paradox Interactive is spotlighting its new features via a series of blogs – we’ve already learned about winter and the new poetry generator, and now we have details on the game’s new duel system.

Basically, duels are one-one-one turn-based battles that unfold over the course of two to four rounds. Depending on your character’s personality and prowess, you’ll be assigned various moves and specials to choose from. Of course, the goal is to kill or incapacitate your enemy, but there’s a good chance you may injure yourself doing some of the riskier moves, so there’s a strategic risk-reward element to the fights. 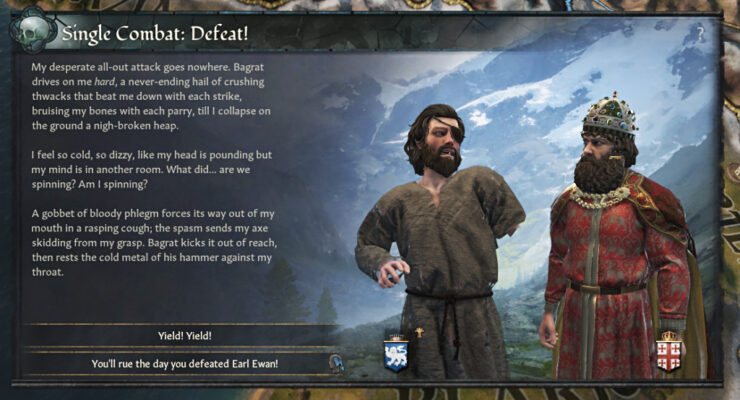 Paradox has also been revealing the patch notes for Crusader Kings III ver. 1.3 in chunks, because when it comes to this series, even bug fixes are entertaining. The most notable thing from this batch of notes is that hair mechanics have been updated – instead of characters passing on a specific hair style, they pass on a hair type (straight, wavy, ect.) and the new character may change hair styles depending on which culture they become a part of. Check out the latest notes, below.

Crusader Kings III is available now on PC. Update 1.3 doesn’t have a release date yet, but expect it to drop within the coming weeks.