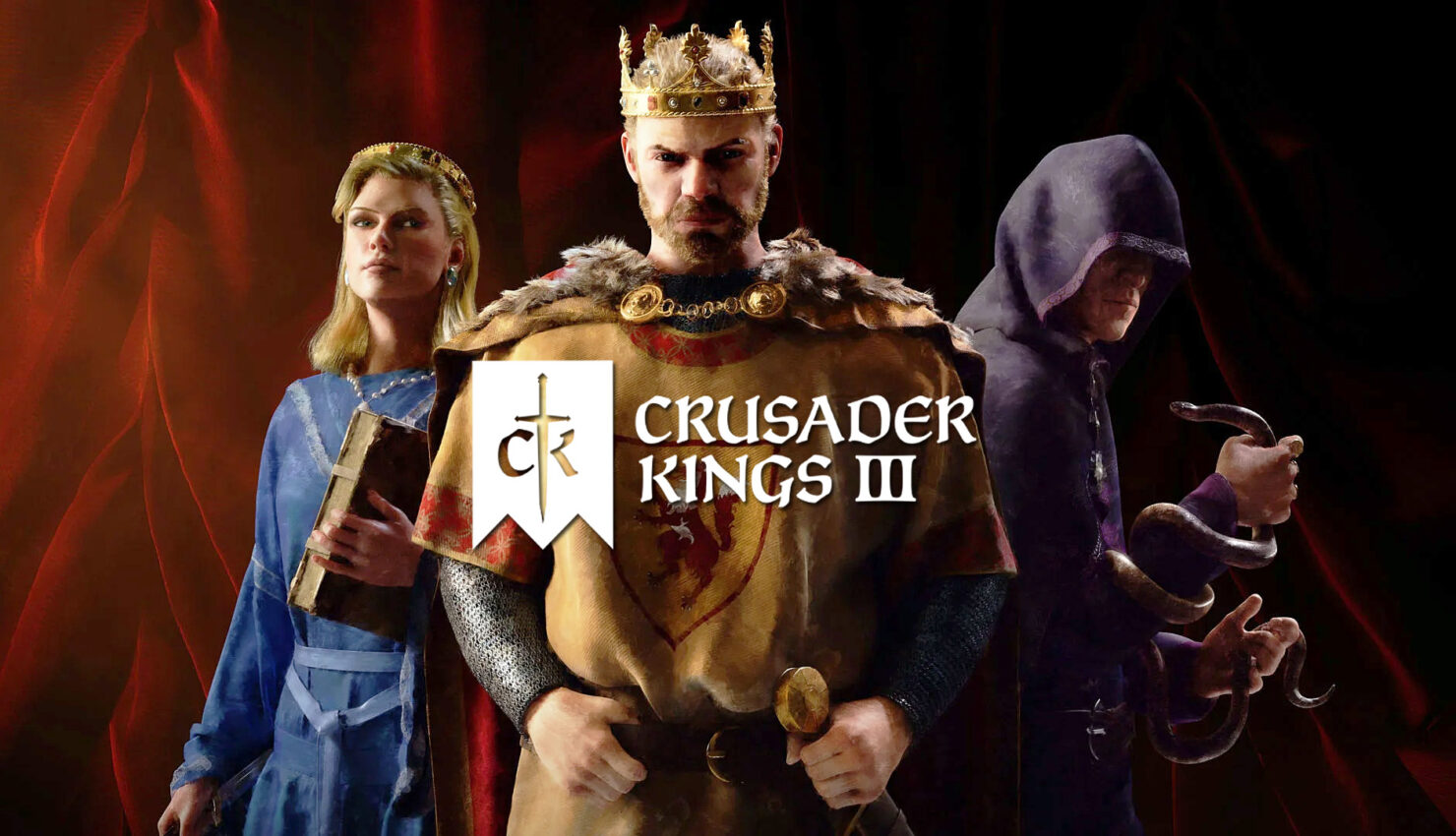 In recent years, Paradox Interactive has seemingly proved there’s no such thing as a strategy game that “only works on PC,” with surprisingly playable console ports of games like Cities: Skylines, Surviving Mars, Age of Wonders: Planetfall, and more. Those games have nothing on Crusader Kings III though, a grand-strategy epic packed with more menus, mechanics, and mindboggling depth than anything Paradox has attempted to bring to consoles before. Does Crusader Kings III work on PS5 and Xbox Series X, or will you feel like the court jester trying to play with a controller? Time for the royal inspection.

Note: This is an opinion piece and thus not as detailed as a full, scored review. 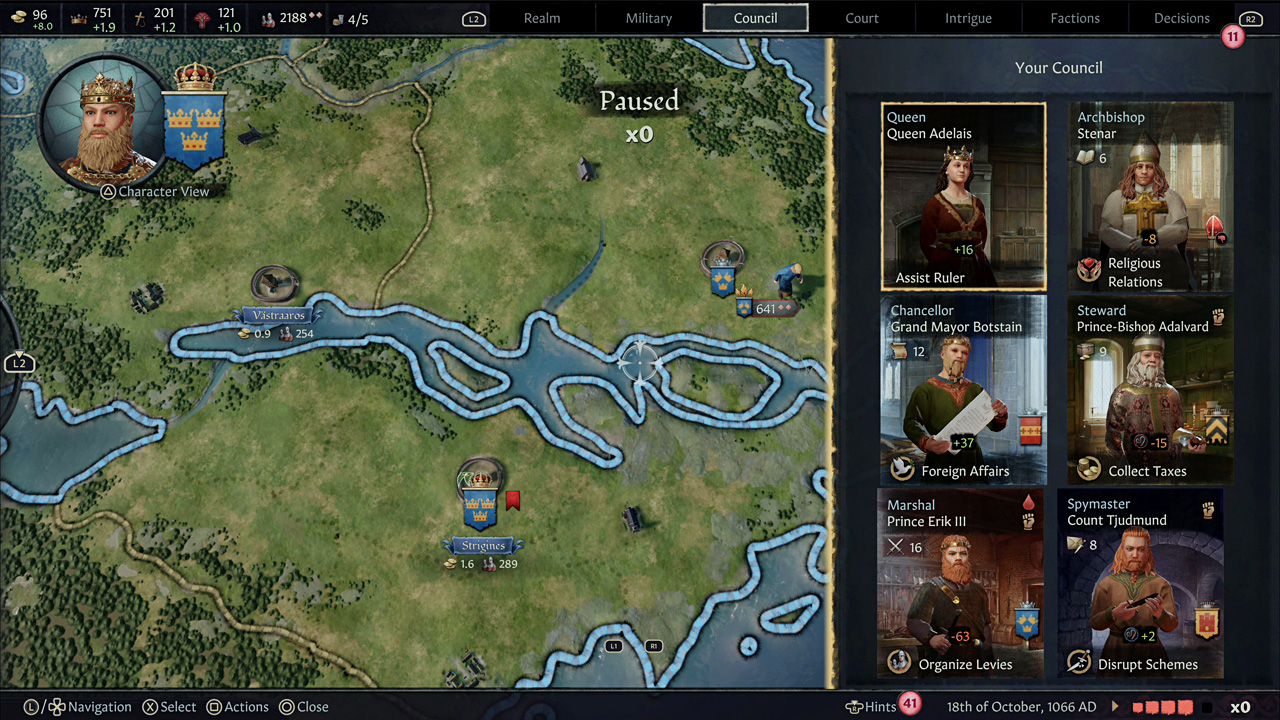 Conquer your Enemies from the Couch

Upon starting up a new game of Crusader Kings III on console, you’ll note that everything performs quite admirably (at least it does on PS5, I haven’t tested the game on Xbox Series X). Menus load almost instantly, the map scrolls and zooms smoothly, and character portraits look and animate just as well as on PC. 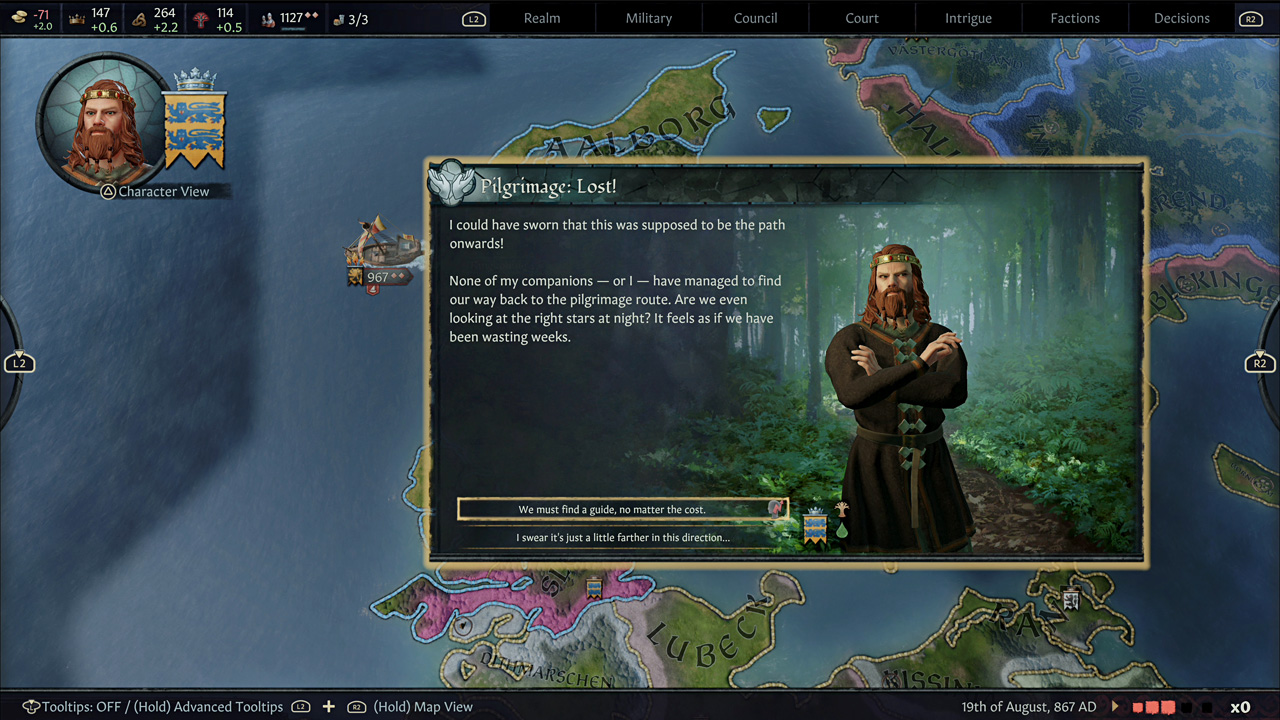 Crusader Kings III console developer Lab42 has rearranged the screen to better suit controllers, with the PC sidebar featuring your Council, Court, and other key menus now sitting at the top of the screen. The game makes clever use of the DualSense’s analog L2 and R2 buttons, as light presses scroll through the top menu, while holding them all the way down for a couple of seconds open a pair of radial menus; one for various character and dynasty options, the other for map views. Paradox has used radial menus to good effect in a number of their other console ports, and they continue to work well here. In fact, I’d argue they’re more accessible and logically arranged than some of the PC version’s menus. In addition to the analog triggers, CK3 makes smart use of the DualSense’s touchpad, allowing you to increase or decrease the game’s speed with a swipe of your finger. Admittedly, some of this DualSense trickery takes a minute to get used to, but it soon becomes second nature. 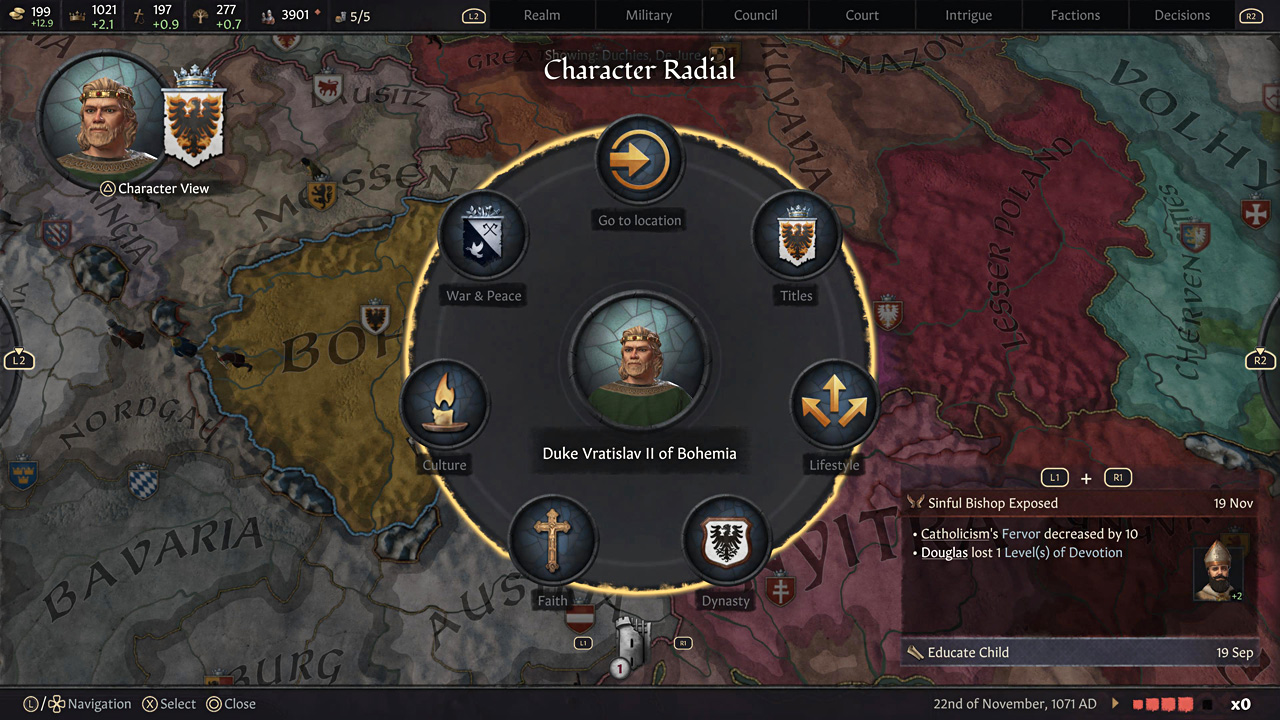 One aspect of Crusader Kings III that doesn’t translate as successfully are its in-depth tooltips. On PC, descriptions of all the game’s terms and concepts can easily be accessed by simply hovering your mouse over them. It doesn’t work quite as smoothly on consoles – descriptions do automatically pop up when highlighting certain things, but the PC lets you easily open multiple layers of nested descriptions. To do that on console, you need to hold down the left control stick to enter “tooltip mode” then highlight the terms you want described with a cursor. It works, but is notably more cumbersome than on PC. Now, personally, I didn’t find this a huge drawback as I’ve already sunk dozens of hours into CK3 and know how the game works, but your mileage will likely vary based on experience. 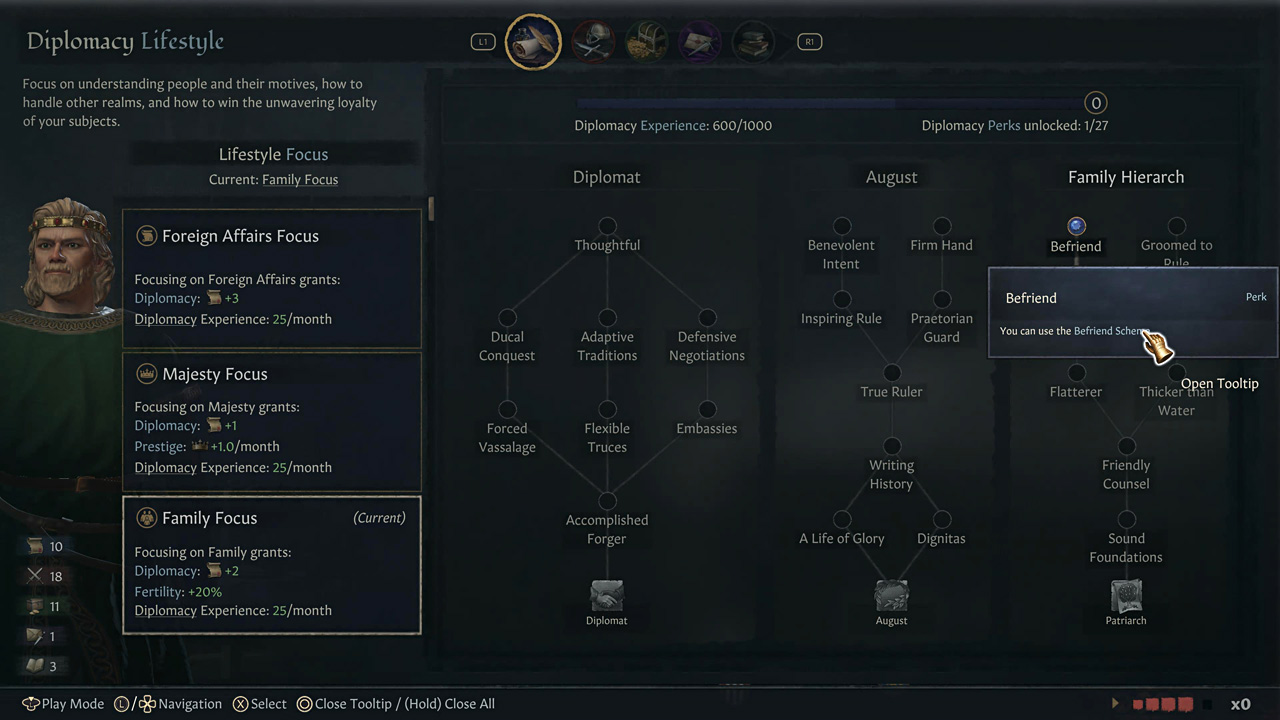 More of a Duke than a King

Crusader Kings III works as well as you could rightfully expect on consoles, but the PC still reigns supreme, particularly for those new to the game looking to make full use of its tooltips. That said, if you don’t have a capable PC or just find the idea of playing on your TV appealing and don’t mind starting a new game (save migration sadly isn’t an option), Crusader Kings III continues Paradox’s dynasty of solid console ports.

Crusader Kings III is available on PC and as of today, Xbox Series X and PS5.