Crusader Kings III already features more content and replay value than any sane person could tackle, but following a long development cycle and delay, the game’s first major expansion arrives today. Crusader Kings III: Royal Court is all about keeping a watchful eye on things on the home front, as you manage your own interactive throne room and wider array of courtiers and hangers on. The DLC also gives players more power over their Culture, slowly evolving new traditions or creating new hybrids. Paradox is charging $30 for Royal Court, which would imply a rather grand update, but is it all glitz and no substance? Time to give this one the royal inspection…

Age of Wonders 4 Announced, Brings Fresh Fantasy 4X Strategy to PC and New Consoles in May 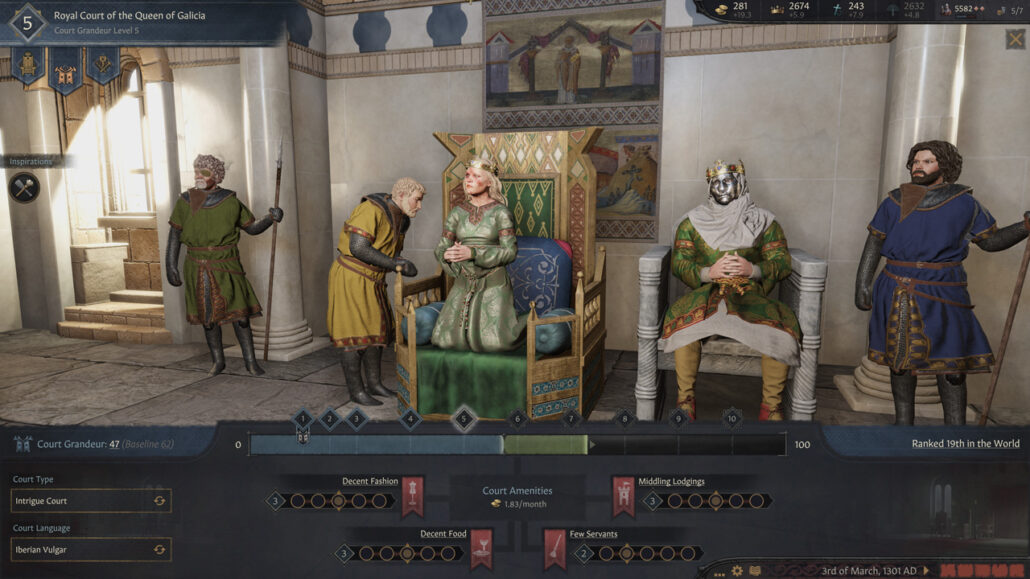 Today on This Old Throne Room…

Crusader Kings III: Royal Court delivers exactly what it says on the tin. The expansion’s main feature is a full 3D representation of your throne room, which you’re free to decorate with your custom banner and all manner of artifacts you can either create yourself or steal from others. You can further level up your kingly digs by investing in food, servants, and more. While the customization options are a bit on the simple side, the throne room succeeds in making CK3 feel a little less abstract. Where before your accomplishments were almost exclusively expressed through sometimes-difficult-to-parse menus and family trees, now you can actually see the results of your power hoarding. It’s historically accurate in its own way too. Sure, medieval rulers did plenty of potting, warring, and whatnot, but they spent the majority of their time at home beautifying their castles and toying with their courtiers.

That said, while your new throne room is fun to tinker with, it doesn’t actually add much depth to Crusader Kings III’s strategic gameplay. The most notable thing you can do is hold court, which essentially allows you to play King Solomon, providing answers to people’s problems and instigating various dramas in the process. Basically, holding court allows you to kick off stories on your time, instead of just waiting for them to randomly happen, which is appreciated. You do have to keep an eye on the state of your throne room as some of your plots and seductions will be shut down if your targets think you’re a tasteless buffoon. Still, improving the state of your court isn’t exactly complex – just steadily invest in it, and it will get better. Really, it’s probably the most straightforward mechanic CK3 has to offer.

As mentioned, Royal Court also introduces a new Culture system that allows you to mix-and-match traditions, gradually evolving a dominant culture into various unique offshoots or smashing more than one together into a hybrid culture. The changes are certainly welcome, and provide some legitimate new depth, but they come off as something that should have been included in a free update. Honestly, it feels like Paradox rolled the Culture stuff into the expansion because they knew that the throne room, while flashy, didn’t add much to CK3’s strategic core. 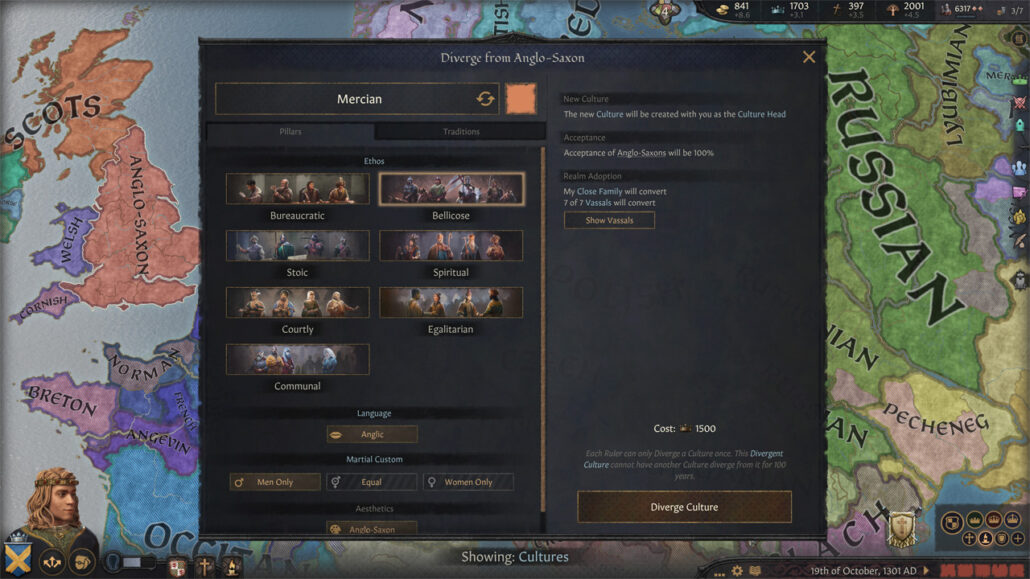 A Hard Court Case to Make

Crusader Kings III: Royal Court brings a fantastic grand strategy game to life in fun new ways, but aside from some welcome tweaks to its Culture system, it doesn’t change how the game plays all that much. The King Midas types out there who are looking for the richest possible experience may be happy to part ways with their $30, but more fiscally-conservative rulers are free to stick to the frumpy menus they know, secure in the knowledge that they’re not really missing that much.